Following up on our podcast last week, it seemed like every day some new thing came out about chaos on the set of the movie we think will be called Young Han Solo. So much went on, there’s almost a movie in the story of the movie falling apart and then, hopefully, being righted.

First, directors Phil Lord and Chris Miller had been let go after months of filming, with the two of them gallantly citing the fabled “creative differences,” which in truth could actually be the truth. It’s just odd that it took months for those creative differences to be dealt with by Lucasfilm head Kathleen Kennedy. If you’ve seen a Lord and Miller film (The LEGO Movie, 21 Jump Street), you know they’ve got an irreverent sensibility that is very spontaneous and self-referential. Guess what? That doesn’t fit in Star Wars, and especially not with a script co-written by Lawrence Kasdan. 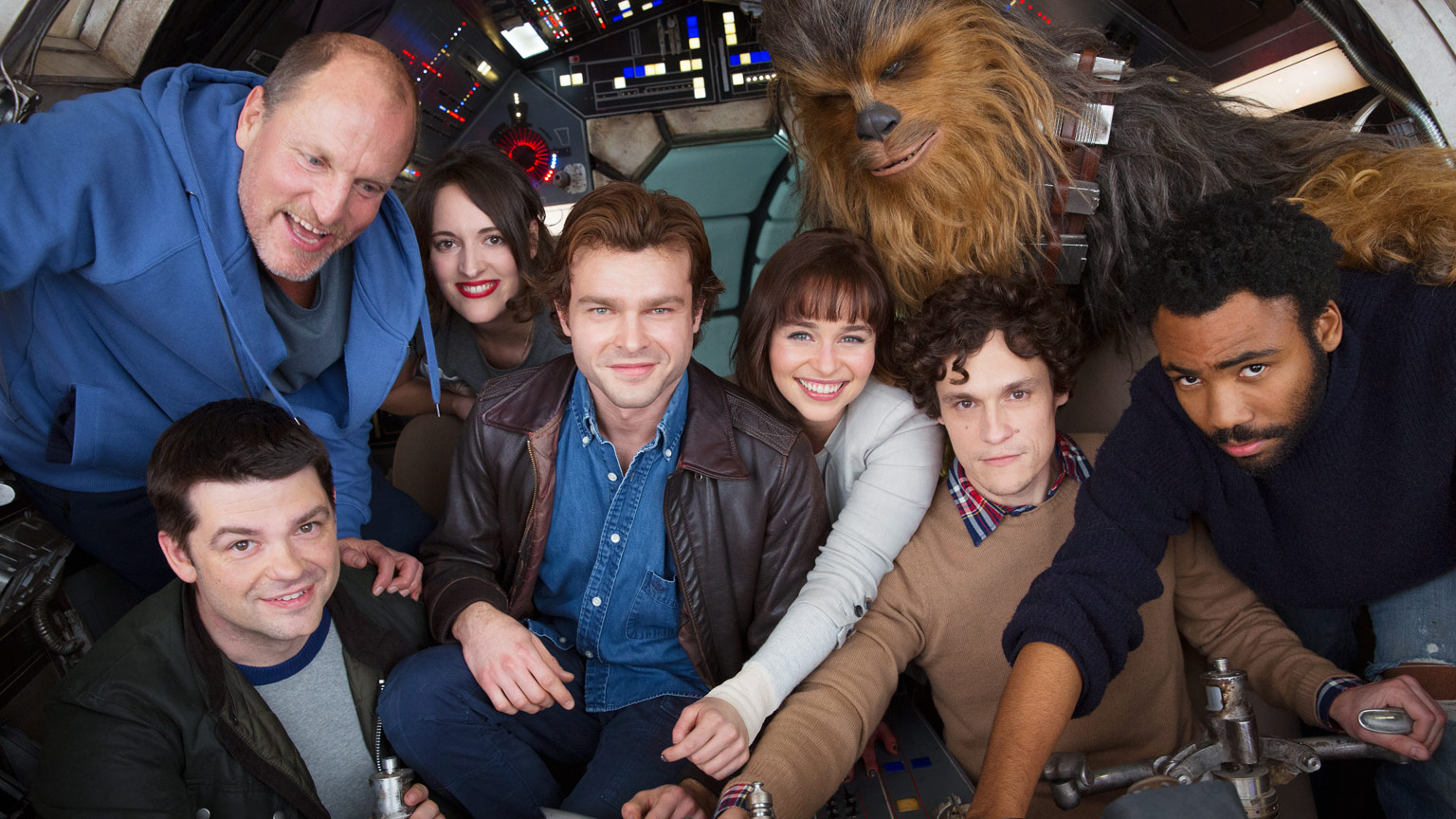 On the second day, the rumor was strong that it had been Kasdan who was fed up with the directors’ refusal to follow the script and find moments on set instead. But again, it had been months of filming, and production had recently paused to take a look at the existing footage and see if things were as big a mess as Kasdan thought it would be. Apparently, it was.

The third element that came into play was star Alden Ehrenreich, stepping into the striped pants and black vest of Harrison Ford. Apparently he, too, had complained to Kennedy about the approach the directors were taking, and according to some reports, had been the first to complain. Further rumors bubbled up that the production had had to hire an acting coach for Ehrenreich, not as uncommon as you might think, but still odd that it was so late in the production. 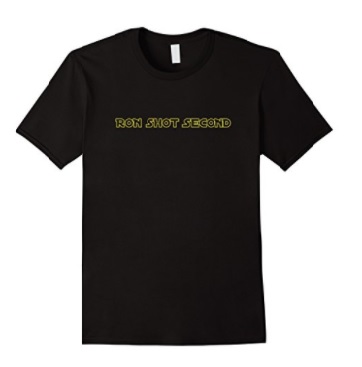 Ultimately, Lord and Miller were out, and a day later, veteran director Ron Howard had stepped in. You can order our commemorative t-shirt here, as seen above.

As we discussed on the podcast, Howard was a sensible choice. He’s a solid storyteller, if not necessarily visually imaginative, and he did direct Willow for Lucasfilm. That was a lot like Star Wars. The older Howard gets, the less seriously he takes himself, too, so props to him for this tweet after the first day of his filming:

Cool scene today but I’m afraid this is the most revealing image I dare share from my 1st day on the set of the Untitled Han Solo movie pic.twitter.com/RB15lG7FGE

So was it Kasdan? Was it Kennedy? Was it Ehrenreich? Let’s say something heretical — whichever one it was, they were right. Actually, they were probably wrong to start with this particular project in the first place, because the Han Solo we all think we know and love didn’t spring fully formed out of the movie now called A New Hope. That was the beginning, where the character found a connection with people other than his Wookie friend, and surprised even himself. Ford took that through an arc where he had softened somewhat in The Empire Strikes Back, and became a true hero in Return of the Jedi, sacrificing himself almost 40 years later in The Force Awakens. That was it. 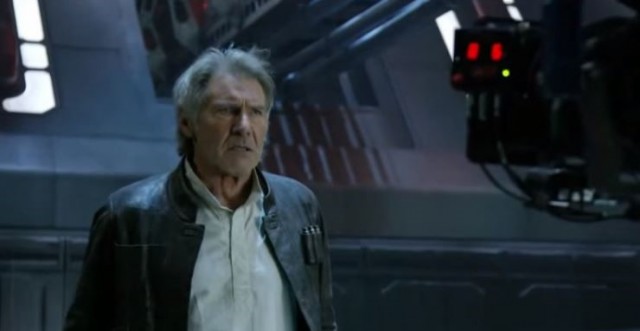 The guy before those movies? Probably a jerk — oh, excuse me, a rogue — who may have been fast-talking, but wasn’t living in a comedy. He was an outsider, and likely not nearly as likable as Ford eventually played him. That backstory might be best left mysterious, or, as done in various novels, dribbled out as secondary to a rousing adventure. And maybe that’s what Kasdan and his son Jon have done with the script, but it feels more like Disney and Lucasfilm are trying to cement in continuity rather than just a random adventure. 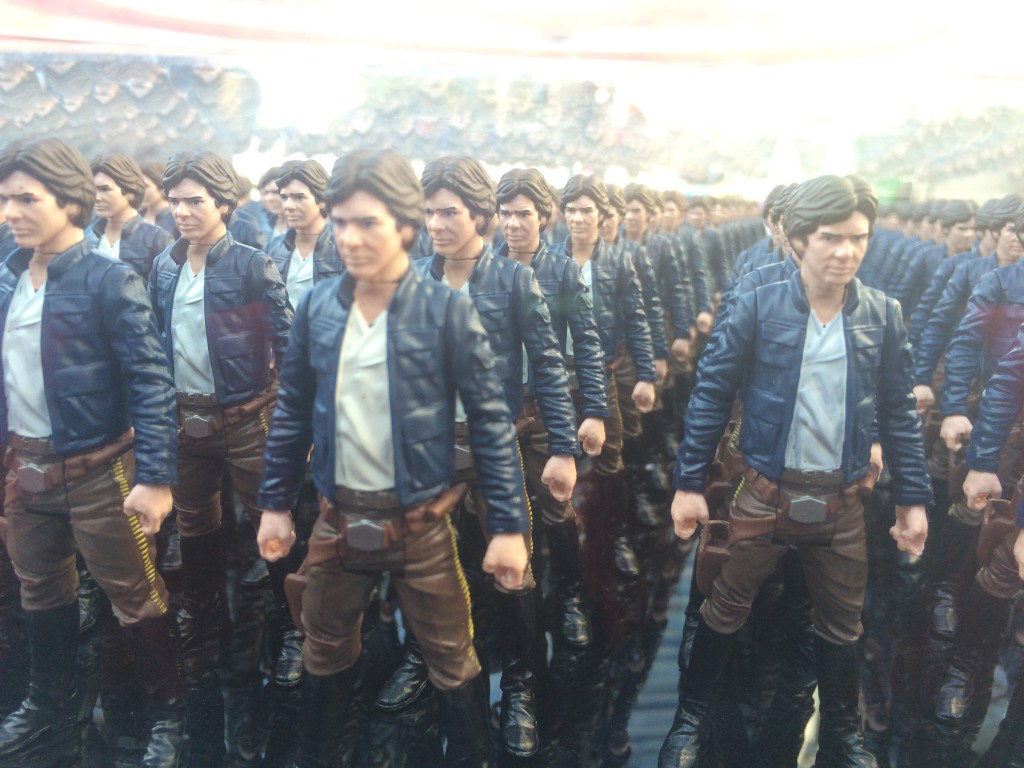 I’m also not the first to note that Ehrenreich has big shoes to fill anyway, and he hasn’t made much of an impression so far. So no matter what, Lucasfilm has to do whatever it takes to make it seem like he was the right choice — whether it be firing directors who push him outside of his comfort zone with improvisation, hiring an acting coach (I love Ford, but what he brings to any role is plain charisma, not a lot of deep method), and bringing on a director who is skilled at just telling the damned story.

But honestly? You want to see who should have been Young Han Solo? Check out Ansel Elgort in Edgar Wright’s Baby Driver, even wearing a jacket that echoes the Han Solo look and exuding the pained cool that could be and should be what anyone being Han Solo should be. And even if you don’t agree, you should probably go see Baby Driver anyway.