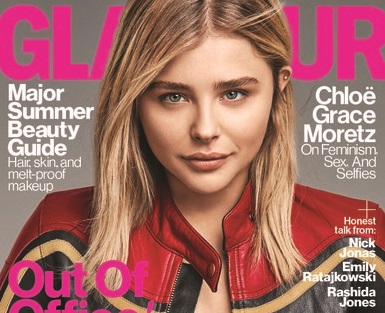 Standing in line at the grocery store today, I glanced over at the magazines and caught this cover, a photograph of Chloe Grace Moretz (Kick-Ass) taken by Steven Pan: 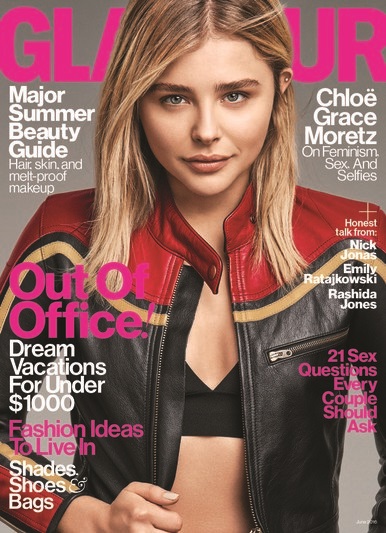 In what is probably a sad statement on my own nerditry, what I noticed first were the colors and design on the jacket. Though it’s missing the exploding star logo in the center, the jacket strongly resembles the costume for Marvel’s Carol Danvers, aka Captain Marvel. Let me show you that image uncluttered by all the Glamour copy.

Now compare it to an image of Captain Marvel: 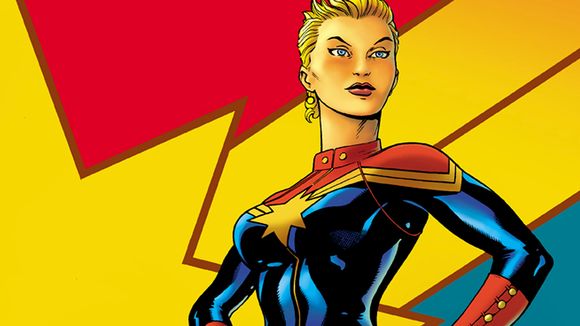 Here’s what we know about the announced and definitely happening Captain Marvel movie: only that it’s announced and definitely happening. Marvel Studios head Kevin Feige has said only that they should be announcing a director and who will be playing Carol Danvers “fairly soon.” Just yesterday, we ran an article by Troy Benson suggesting that the role not go to a traditional blonde blue-eyed actress. And maybe there’s still time for such a plea.

On the other hand, Marvel may already have someone in negotiations. Moretz seems too young for the way the character appears in comics now. However, there’s no doubt the movie version will skip over her years-long career as heroes Ms. Marvel and Binary, going right to Carol becoming Captain Marvel. As Troy pointed out yesterday, that really means that the movie version is a blank slate. She could still have a long career in the Air Force, and be an actor approaching 40, or she could be an Air Force brat just finding her own way in the military – and be 19, like Chloe Grace Moretz.

We don’t know. But putting Moretz on the cover of Glamour without comment would be an awfully sneaky and somewhat cool way to give us a clue.