Though we’ve not gone too much into it on the podcast, The Good Place may be one of the best sci-fi/fantasy sitcoms ever produced. Need proof? Two episodes have been nominated for this year’s Hugo Award for Best Dramatic Presentation — Short Form, “Michael’s Gambit” and “The Trolley Problem.” Hilarious, moving, and thought-provoking to a degree that often gets overlooked because of how funny the show is, The Good Place has earned that “must see TV” designation shows covet. Except to get into the Good Place, thou shalt not covet.

To celebrate the show at Comic-Con, NBC-Universal took their traditional Gaslamp spot by the Tin Fish restaurant and built a reasonable (though compressed) version of the neighborhood where the show takes place. Though that required a line-up and registration to participate, the Tin Fish itself was also decorated and its name changed to “The Good Plates.” 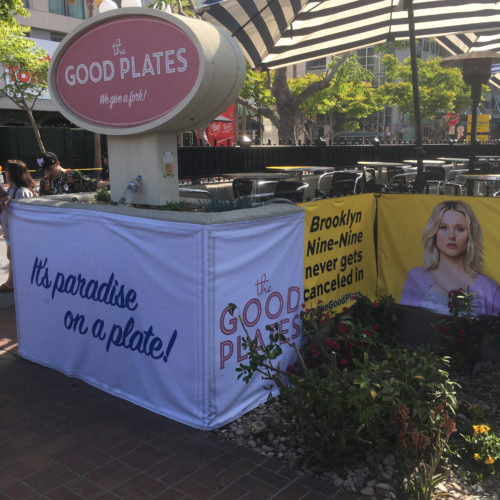 While standing in line for the experience, attendees heard soothing music accompanied by serene images of happiness on video monitors — happy dogs running, sunshine on clouds, and the like — interspersed with messages from Janet (D’Arcy Carden). She offered up trivia about the Good Place and herself (“Fun Fact: I am Janet”). Just before going in to the waiting room, we could also see the framed picture of the famous Doug Forcett, a college student who got high one night and came closest to understanding how the afterlife works than any other human in history. 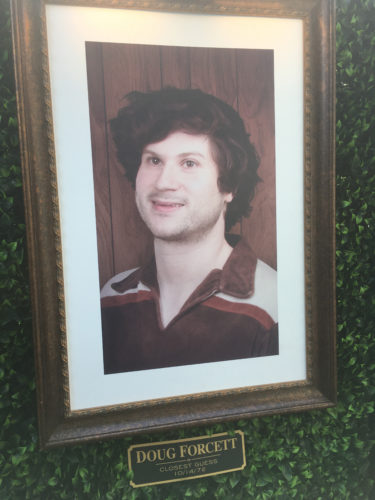 Once inside, a message comes from Michael (Ted Danson) and Janet to help transition attendees to the realities of the afterlife. How did so many people end up dying as a group? Apparently, Tatiana Maslany, Edgar Wright, and a Pokemon Go Snorlax were spotted at a Starbucks, and we were all killed in the resulting stampede. Yes, this introduction took sharp but loving jabs at Comic-Con, softened by Danson and Carden’s delivery. At least, until Bad Janet (also Carden) showed up, revealing that in the Bad Place, they have a Comic-Con, too. Except… it’s pretty much the same as the real one. 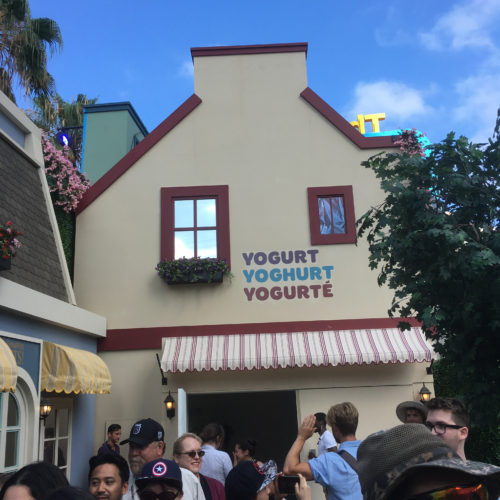 Thankfully, a door opens into the neighborhood, full of brightness and fun. Earlier residents were there to greet you, offering cupcakes and, of course, yogurt. Maybe you wanted to start an eternal game of cornhole, or perhaps ride the carousel of shrimp. In one corner, you could get the same crash course in ethics that Eleanor (Kristen Bell) needed to get from Chidi (William Jackson Harper). Today’s lesson focused on the Hugo-nominated trolley problem, with a helpful lecturer more manic than Chidi. 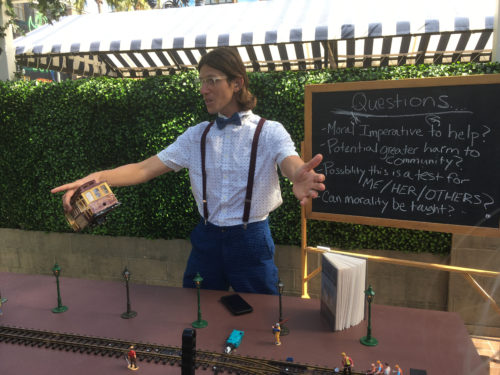 Of course, things start going awry. Like Eleanor, someone in the crowd doesn’t actually belong. However, that someone also differs from the show. Instead of shrimp, they may have overdosed on ladybugs, because that’s the threat that comes from over a building. 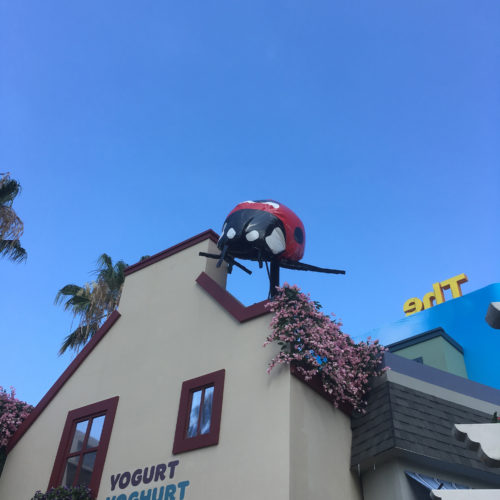 The residents of the Good Place chose to have mercy, though, and provide an escape route. Green curtains billow to reveal an escape route back to Earth and a second chance at redemption. I guess Shaun (Marc Evan Jackson) hadn’t noticed us.

Ironically, the Comic-Con comparison made in the introduction was proven Saturday, when they shut down this popular installation in order to film the actual show cast experiencing it. These experiences are meant to promote the series, of course, and reward fans — but the fans getting rewarded aren’t always the ones who can actually attend.

I was grateful, however, to attend the Good Place Comic-Con, because it’s much better in San Diego than in the Bad Place. I walked away with a coveted shrimp. Don’t tell Michael. 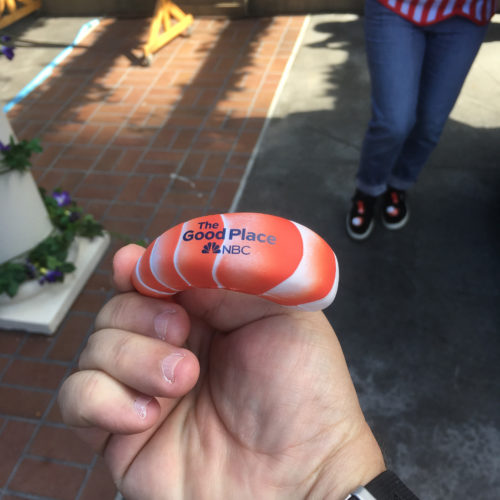 The Good Place returns Thursday, September 27 at 8 p.m. on NBC.