A character that resonates hugely with kids, Blue Beetle finally gets a “back to basics” approach from the modern DC era. Wait, you ask — how can that be if it’s the armored Beetle? Well, though Jaime Reyes’ redo didn’t last as long as it should have, that’s the one kids love. He’s a young teen, his armor looks like a Power Ranger, and his appearances on Batman: The Brave and the Bold sold him to the next generation, just like previously John Stewart rightfully became a great Green Lantern to people who didn’t read comics because of Justice League Unlimited thus confusing moviegoers with Ryan Reynolds’ Hal Jordan. (Okay, so that’s not the only reason people were confused.)

The word of the day is Transmedia, and DC has a difficult road to walk between long-time comics fans and those who come at them from other venues. Appealing to videogame fans, as the New 52 relaunch felt, doesn’t quite cut it, because they’re too busy gaming.

How does Blue Beetle appeal to older fans? Ted Kord is here, too. Will he don his suit and fly the bug, or mentor Jaime? Either way, it’s good to see him alive and well in a new universe after he died so ignominiously in the old one.

Benjamin Percy writes this one, and looks on track to be a new fair-haired boy in the world of DC Comics, as he has THREE books in the Rebirth event. He has previously been writing Green Arrow, which has been growing in estimation, like the character’s beard. 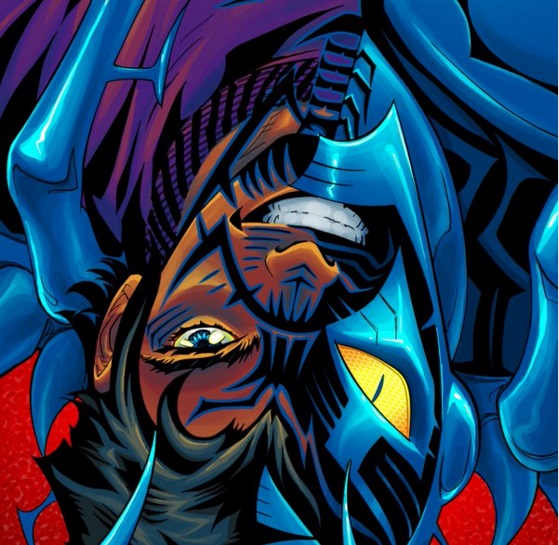