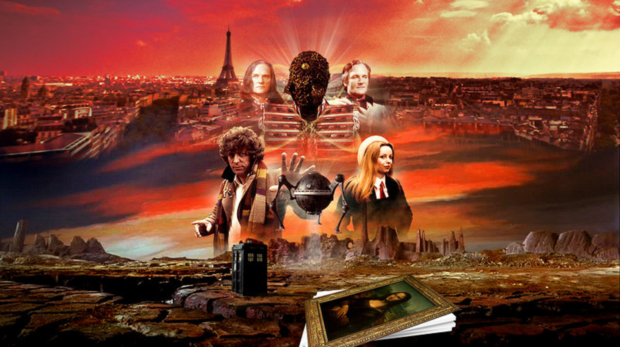 This is a solidly uncontroversial choice. There are some people who prefer the guns, germs, and steel of “The Caves of Androzani,” and some new-series devotees who reckon Doctor Who is best when the title character is absent and choose “Blink,” but I honestly can’t remember the last time I read a disparaging word about “City of Death.”

Its worst fault is really its greatest virtue: despite the fact that its villain threatens to turn back time and undo the event that sparked life on planet Earth, a pretty respectable threat as Doctor Who plots go, this story is pure comedy through and through.

The name on the credits is “David Agnew,” a nom de plume standing in for the phrase “Douglas Adams, rewriting a script by David Fisher.” Adams is generally considered to be the story’s main author (and in fact replanted acres of the plot in the soil of his supposedly original novel Dirk Gently’s Holistic Detective Agency), but Fisher has a fine enough Who pedigree (“The Stones of Blood” being my favorite of his genre-colliding scripts) that I’m happy to assume that the seed idea he provided originally had a lot to do with why I like this so much better than the solo-Adams stories “The Pirate Planet” and even “Shada.” 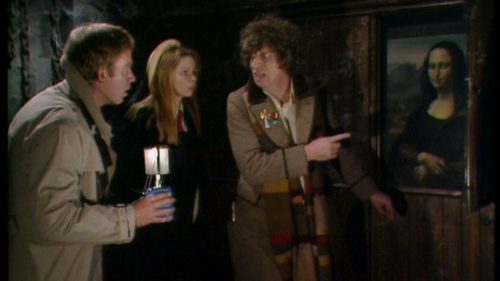 Whoever gets the credit, this is hilarious. If you’ve ever heard a level 10 Who nerd saying “You’re a beautiful woman…probably,” “My dear, nobody could be as stupid as he seems,” or even just “Exquisite…absolutely exquisite,” you’ve heard lines from this episode, and trust me, they’re even better with context.

Our TARDIS crew this time out are Tom Baker and Lalla Ward, the Fourth Doctor and Romana, my favorite Doctor and my favorite companion at the height of their powers, having a wonderful time and probably falling in love in Paris. There’s nothing like watching two Time Lords who can do anything they set their minds to exchanging witty banter in the midst of a vacation that consists equally of pastries and paradoxes.

The paradoxes are caused by Julian Glover, playing an alien masquerading as a playboy…and an Italian nobleman…and numerous other incarnations of himself throughout time: he’s been splintered through Earth’s history by an accident with his ship, which is the aforementioned life-on-Earth-sparking event. Scaroth, the alien, along with his trophy wife, a nebbishy scientist, and a handful of thugs and art thieves, is working to reverse time and save himself, while dooming planet Earth.

I love art heists as much as I hate pirate yarns and westerns, so I’m already sold, but if you need a bit more on that, consider that the heist is all about funding this time-reversal scheme and involves six identical Mona Lisas, all painted by Leonardo da Vinci at the behest of one of Scaroth’s past splinter-selves. 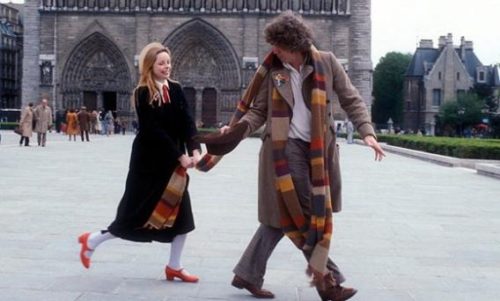 Oh, and I love hard-boiled detectives in trenchcoats as much as I love art heists, and once again this story delivers, in the form of Romana and the Doctor’s temporary companion: a private eye named Duggan they pal around with, who ends up delivering the most important punch in history.

Doctor Who has been more moving than this, and more chilling, and more meaningful, and more layered. Maybe, just maybe, now that the new series has embraced both the flexibility of the time travel premise and the feasibility of being dramatic and hilarious from one moment to the next, Doctor Who has been at least as timey-wimey, and at least as funny. But it has never been more itself, in the space of a single story, and it has never been more fun.

One could argue, though I’ve never heard anyone argue it, that the delightfulness and raw appeal of this story makes the plot seem trivial. There’s none of the horror of the Hinchcliffe era or the deadly seriousness of the Davison/Saward era. This is a brief oasis in which Doctor Who is just fun to watch, and this is its crown jewel.