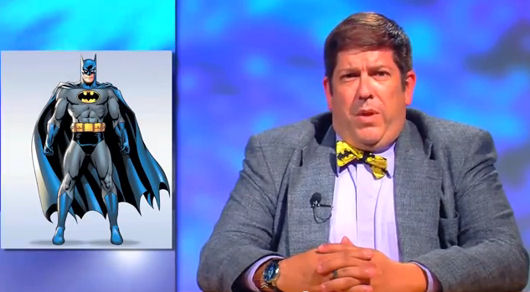 When news broke yesterday that Warner Bros. plans to cast Robert Pattinson as Batman, the internet went crazy. (It’s not a done deal, but it’s highly probable.) As some have pointed out, it rivals the insanity back in 1987 when word leaked that a comic actor named Michael Keaton would play the comic book character. But I recall that almost every time superhero casting happens, the internet freaks out. Yes, even when a start-up production company called Marvel Studios announced that troubled actor Robert Downey, Jr. would play Iron Man.

More recently, it happened with the last time Warner Bros. cast a Batman. Ben Affleck did a decent job in three less than decent films, but people hated the decision to cast him in the first place. So let’s look back at that to a time when I served as occasional guest-commentator on a YouTube news series called “Jokes of the Week.” (Thank you to the commenter who called me “Fat Ed Helms.” I’ll take it.) Also, remember the name Sam Bowers, because he could totally be the next Barry Allen, if Warner Bros. ever decides to make the character blond again.