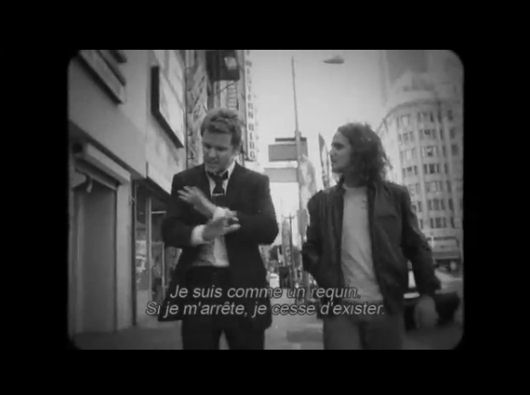 We originally posted this in July of 2013, when the idea of a Venom solo film was talked about, but not serious, and Netflix had not yet revived Daredevil. Originally, this short was just titled “Truth in Journalism,” but when director Joe Lynch reposted this to Vimeo, he came clean with it being an arty take on Venom. Also, inarguably, a much better take than the film we got.

The short combines Belgian art films (homage to Man Bites Dog), cinema verite and deep, deep Marvel geekdom. “Eddie B.” is, of course, Eddie Brock, and the “truth” he wants told is what has happened to him in the wake of the Sin Eater scandal, and one horrible night in an old church belltower.

I’ll spoil it only to get you to watch it — because that night was the origin of Venom. And this short film proves that Venom is NOT a hero, especially with Kwanten’s twitchy eagerness driving the symbiote. On top of THAT, you get a subtle cameo and dig at another bobbled Marvel franchise, with Derek Mears guest-starring.

My guess is part of this came up out of downtime on Holliston, but producer Adi Shankar is obviously a fan (who was executive producer on Dredd), carving out a little “bootleg” Marvel movie universe with top talent and proving that in the dark corners, you can do service to the fans and do it right!