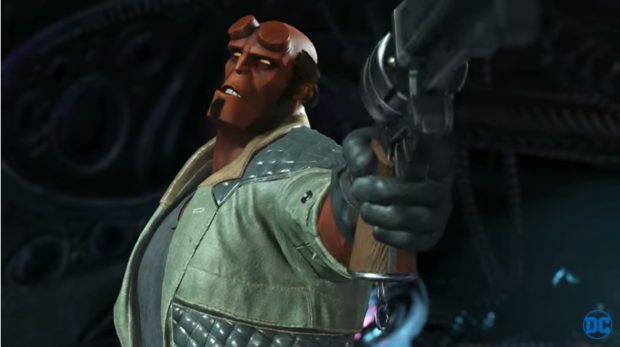 Want to keep an already fun fighting game fresh? You add downloadable content. And if you’re Warner Brothers Interactive with a game focused on a particular IP (the DC Universe), you change things up by bringing in somebody from another publisher. Somebody, by the way, with a new movie in production that could stand to capture a whole new audience.

Thus… Mike Mignola’s Hellboy (published by Dark Horse Entertainment) joins Injustice 2 starting on November 14.  Combining skills from characters like Deadshot and brawlers like Atrocitus, Hellboy just looks ridiculously fun to play, and even written fairly in character. (In general, the dialogue and hints of backstory in Injustice 2 are well done — though there are a few exceptions.)

Check out the video below which shows off Hellboy’s moves, including taking his opponents home.