I had a nice enough childhood. Dad worked loss control at an insurance company, whatever that means. Mom did some stuff too until she got her master’s degree in psychology and decided that everybody around her was crazy. Brother was weird. Sisters are gross regardless of age. But what are you really going to do about it? Nothing about it ever made me really wonder what went wrong in my life – I never deigned to have an imaginary friend or secret hiding place. Having instead chosen to hide in plain sight for the past 36 years has served me quite well.

So why, then, would I think that playing a video game about a child whose abusive, stygian nightmare of a home life has driven him to near insanity would be a good idea?

There’s a first time for everything, I guess. Let’s look at the history of escapist levity. Was Hobbes present because Calvin was getting emotional sustenance from the corporeal world around him? Did Falkor come to life to murder, at the very last minute, a group of vigilantes hunting down an unrepentant book thief (the part of the movie everybody seems to forget) because Bastian was happy with his lot in life? Was The Bartman really a cartoon short or did we, as a people merely choose to collectively forget it? Do you remember how to do the dubba-dubba? All incredibly salient questions, I have to say.

Little Kite takes a page from The NeverEnding Story (get it?) in its portrayal of a world of tarnished whimsy that extricates the protagonist from the more painful realities of life. While Bastian takes to reading and petty theft, the lively little scamp in Little Kite takes to spiraling down in his own world of augmented reality.

The game starts in the living room of Mary’s hovel, which appears to be a 37th floor walk-up somewhere in Europe. You know it’s Europe because they use the same electrical outlets that they have on Mars. At the outset, your son walks up and demands a sandwich. So now you’re playing a game where you have to make a sandwich for a child.

But you can’t just make the sandwich. That would be too easy. Like everything else in Mary’s life, the simple act of making a sandwich is an all-day affair. The knife is missing. The tomatoes are in the mud room for some reason (in a house that appears to be made out of mud rooms). The only thing in the apartment suitable for making the sandwich (I guess Europeans are too “evolved” to tear blocks of ham apart with their teeth) is a toy sword held by her son’s Conan toy.

So instead of just taking the toy, because you’re an adult, you have to search for a better toy. That leads us to a puzzle. 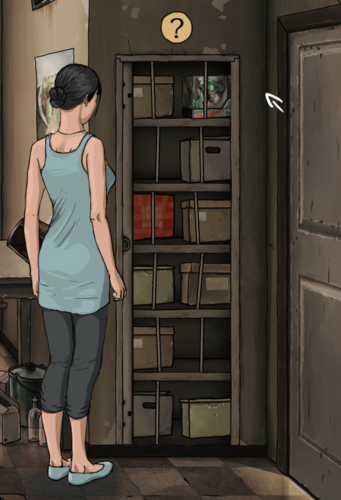 If you’ve read many of my reviews, you may have noticed that I have a particular disdain for games that foist superfluous, Sunday-comics-esque jumbles upon the player.

See, you need to get the toy box. Since Mary’s entire life seems to have been fashioned around making things difficult for herself, the pantry is arranged in a manner that places impenetrable wooden bars over all of the cubby holes except for the one at the veeeeeeery bottom. See? Do you SEE what I am talking about here?

15 seconds and the puzzle is complete. As I roll up my sleeves, prepared for more jumbles and unrequited hilarity that is guaranteed to ensue once this party really gets started, I start to assemble the sandwich.

Even the SANDWICH is a puzzle. A puzzle that, in the rare occasion where the puzzle master clearly gets it wrong, forces you to make a meat-based sandwich by placing lettuce on the bottom, then tomatoes, THEN the meat. THEN THE CHEESE.

Take a moment to gather your senses. I had to do so once I realized that I was playing a game that is so dark and depraved that it would force me to build a sandwich in such a way.

We are playing a game where the action is so pre-scripted and controlled that, though the illusion is that of you experiencing spousal abuse and child neglect as a form of entertainment, that the simple act of assembling a sandwich is not left up to the player, rather it is to be adhered to in a strict, rigidly unintuitive manner as a matter of course.

Before I go further, I want to make sure everybody here knows that we’re all friends here. We’re all friends, right? I need you to know that. I don’t want to just sit here, angrily banging away on my MX Cherry Browns and trashing a game that, despite its misgivings, has a spookily serene way about it. I also don’t want to write 2000 words of spoilers, but it’s so tempting to do so when a game like this gives you so many ripe opportunities

After the sandwich assemblage, Mary’s significant other, Oliver, is introduced. Oliver is much more of a…”lay it all on the table” type of dude. 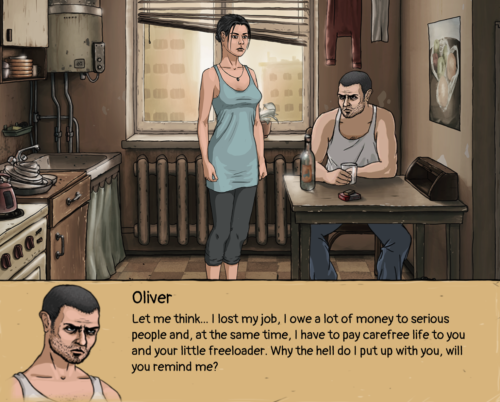 A real salt of the earth type. Shortly after his introduction we are treated to a glimpse of his real role as the foil in this dark escapade. 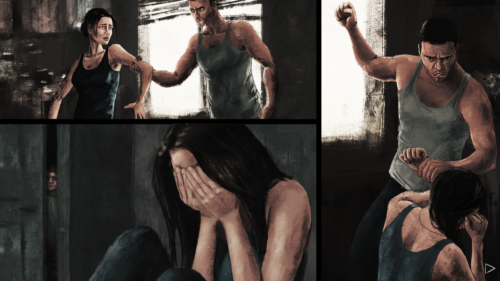 Husband aside, it’s really difficult to determine the Macguffin in this game. As you move through the decidedly bleak landscape of [insert former Eastern Bloc country here], each scene you enter has you navigating your character through a seemingly endless, pointless sequence of utterly menial tasks. As Andrew, you meander through rooftops and precipices that take on the character of Toejam and Earl meets The Cabinet of Dr. Caligari. As Mary, one particular sequence drags on for what seems life a lifetime of abuse and neglect. Is that the point of this whole game? To really feel what the character feels? 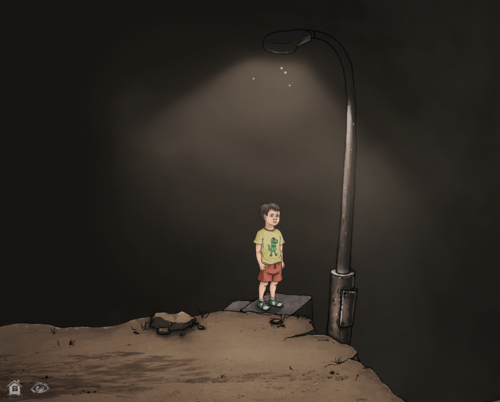 Despite my incredible patience here, I simply cannot reconcile the fact that there is some truly effective drama going on in the story, but that the drama is utterly smashed by long, out of place thing-searching in the worst manner of some of the classic “Quest” style adventure games. Again, I may be stretching, but perhaps the point here is that the author is attempting to de-romanticize the whole notion of the classic pointy-clicky adventure game by throwing you headlong into what amounts to the most somber and joyless example of the genre to date. And yes, I am including Space Quest 5 in that equation.

Of course, it wasn’t long into play when I discovered the real cause of this family’s misery. 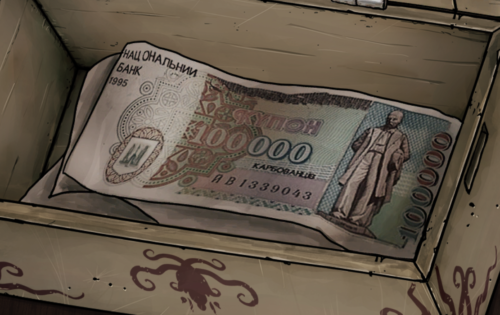 All joking aside, the lack of purpose to your actions is the real killer in this one. Despite the dramatic tones and decidedly moody atmosphere, there is little here to really sink your teeth into. You don’t play this game, so much as you endure it. It’s a shame, really. With more effective storytelling devices and a little clarity of the plot, it could have been a powerful experience.

Let’s be real. When I first saw this game in the Steam store, I was intrigued. I was intrigued both as a fan of adventure games and a fan of drama. However, the cogent dramatic elements in this game- which there are plenty- are simply steamrolled by an avalanche of mundane, often boring and forced adventure tropes. If you want abuse-based entertainment, you’re going to have to go ask your father.

Now, please excuse me while I go watch “the football”. 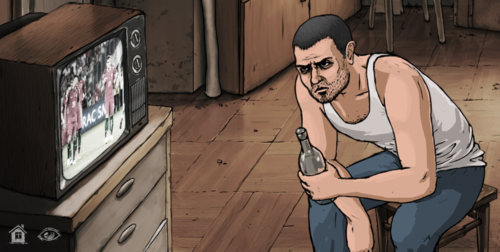