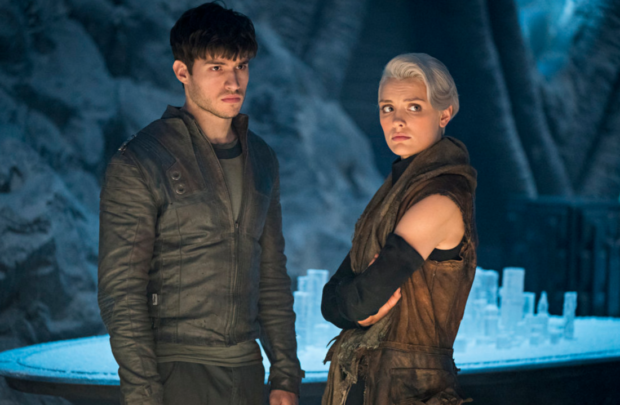 Long before it the show could get to infant Kal-El, Syfy has pulled the plug on Krypton. Months ago, the network considered this show a hit, to the point that they had planned to spin off alien bounty hunter Lobo (Emmett J. Scanlan) into his own series after a successful appearance in the first episode this season. That, too, is dead. For now…

It’s a shame, because fans had really gotten into it. Better than its description initially sounded, the series follows Superman’s Kryptonian grandfather Seg-El (Cameron Cuffe) as a young man, fending off the menace of Brainiac and a time-traveling General Zod. Both nemeses have a motive to co-opt Seg-El, and another time-traveler, Adam Strange, aids him in order to make sure that Superman is born. They also threw Lobo and Doomsday into the mix, with the second season finale (currently series finale) implying that a Hawk might just have flown into the third season.

It’s gone, but it’s not dead, as Warner Horizon, the production arm for WarnerMedia that owns Krypton, is looking for a new place for it. DC Universe makes sense, but as Krypton also felt like an alien version of Game of Thrones, rumor has it that HBO Max (which will also have Doom Patrol when it launches) may want it.

This really points to the new era of corporate ownership and streaming services. Krypton, created by David S. Goyer and Cameron Welsh, is a WarnerMedia show, broadcast on Syfy, an NBC/Universal owned network. Viewership isn’t quite enough for Syfy; there are also licensing rights to consider, and Warner was allowing Syfy to stream the 5 most recent episodes on their website. They make their money from ad revenue when the show is actually on TV and people are watching it there. But of course, we don’t. 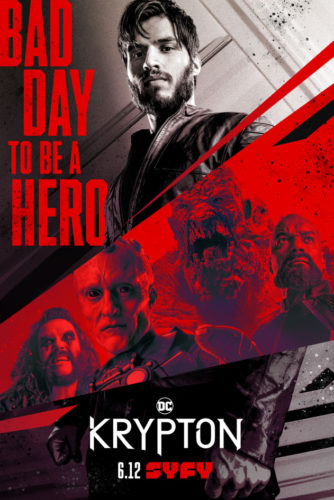 Currently, the first season of Krypton streams on DC Universe, and the second season will likely follow suit in a month. So where’s the benefit to Syfy, which may very well get swept up in NBC/Universal’s upcoming streaming service? It’s a similar reason Syfy cancelled The Expanse, and why it was in Amazon’s interest to bring it back — they already had the rights to the previous seasons.

Though we are living through peak comic book TV, I hope Krypton gets a reprieve. Back when it was announced, I predicted #sixseasonsandanapocalypse, and then it turned out that I actually liked it. And maybe if it’s on a service I already have (like DC Universe), I will remember to watch it.