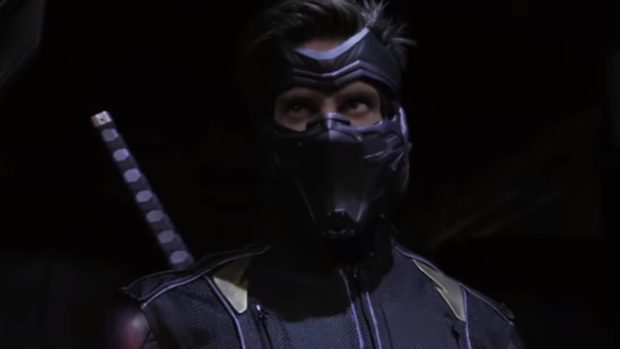 On the podcast, we’ve talked about Sony moving forward with a series of films based on Valiant Comics, starting with Harbinger, then BloodshotBloodshot and after two sequels to those, we’ll get Harbinger Wars. But it looks like Valiant has decided to take a page out of the DC Universe transmedia plan, and accept that fans can deal with different “takes” depending on the medium you’re watching.

So we get Valiant Digital, and at New York Comic Con, they unveiled the trailer for their first project, a webseries adapting Ninjak, except that they’re just going to bring on the whole shared universe at once — in addition to the title character, played by Arrow’s version of Deadshot, Michael Rowe, there’s… everybody?

I spotted Archer & Armstrong (immortal reluctant warrior and sheltered teen zen archer), the aforementioned Bloodshot (enforcer with nanites that give him a super healing factor), and various characters from Harbinger (though not fan favorite Faith). Maybe the biggest surprise is X-O Man of War, but come on, everybody’s got to have their armored character. IMDB lists several actors but no character match-ups, so know that former Power Ranger Jason David Frank has a featured role, but I’m not sure what it is. Sharp-eyed Power Rangers fans may be able to tell me. (Write in to editor@fanboyplanet.com.)