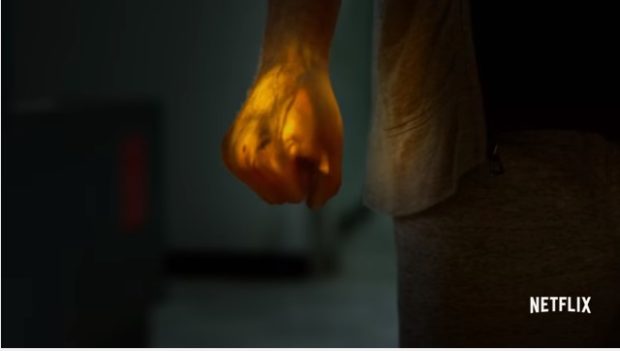 What else is there to say? We’ve been waiting for Finn Jones to show us the Iron Fist, and here we have it. And considering the track record of every other Marvel Netflix show, chances are pretty good that this is going to be a good one, starting on March 17, 2017.

Also at New York Comic Con, Marvel Television chief Jeph Loeb hinted that there might be a crossover between The Defenders (that would be Daredevil, Jessica Jones, Luke Cage, and Iron Fist) and Marvel’s Agents of S.H.I.E.L.D. That could have just been to get a pop at a panel, but I can’t think of any reasons why it wouldn’t happen. At least Ghost Rider could drop in on Hell’s Kitchen… but first, the panel in New York did confirm that Sigourney Weaver will be the main villain of The Defenders — believe it or not.