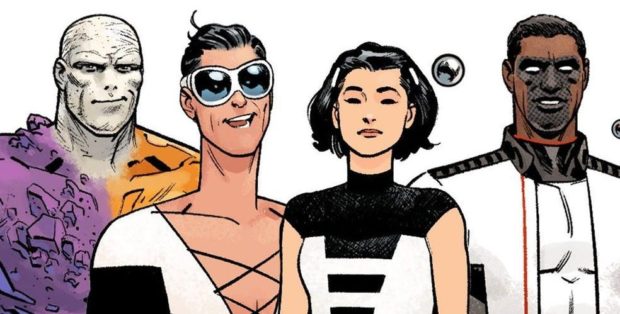 When DC Comics announced Dark Matter, it looked cool but made me unsure of the direction they were taking. While Rebirth had opened the door for a return for the kinds of stories that kept me interested in superheroes, the Dark Days books promised grit and metal. Intriguing grit and metal, but still…

The DC Entertainment booth had a set of characters on one wall that gave me hope. As hinted in Dark Days: The Forge, Plastic Man was featured, though for the first time his costume was different from the red, black, and yellow that Eel O’Brien has worn since Police Comics #1 in 1940. (At least a little red is still there.) 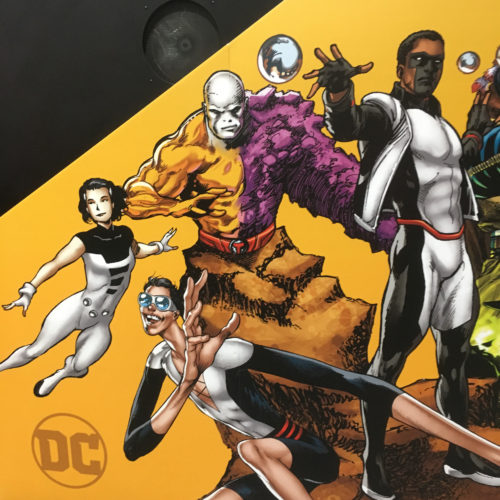 At DC Comics’ Dark Days: Metal panel yesterday, the publisher revealed that Plastic Man would be part of a new team called The Terrifics, and his costume has been altered to match that of team leader Mr. Terrific. The other two members are Metamorpho (who isn’t wearing a costume) and Phantom Girl.

The Terrifics also marks the return of writer Jeff Lemire to a mainstream DC book. Lemire is joined by artist Ivan Reis in creating… a fun superteam?

Much is already being said about how this team looks fantastic, and there are four of them. You’ve got a stretchy guy, a rocky guy, a woman who turns invisible (or, more accurately, ghosts), and one of the smartest men on Earth. But these are also long established characters in DC canon, though it’s been a while since we’ve had Phantom Girl and Plastic Man around. (Metamorpho recently had a run in DC’s Legends of Tomorrow.) What really matters is that these four heroes together will be fun, and with Plastic Man and Metamorpho, could veer towards light, not dark.

Mr. Terrific played a key role in The Forge, but Phantom Girl remains a mystery. Originally, Tinya Wazzo was from a parallel Earth, Bzgtl, that occupied the same space as Earth but in another dimension. She ventured to Earth in the 30th century and joined the Legion of Super-Heroes, a group of super-powered teens from the United Planets. In DC’s New 52 relaunch, a subgroup got stranded in the 21st century, until Lemire’s Justice League United rescued them. 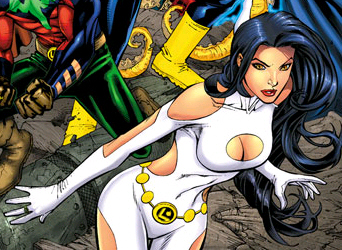 For months, DC books have been hinting at a return of that team. After Justice League vs. Suicide Squad, the time-lost Emerald Empress is loose hunting for Saturn Girl, and DC has altered a couple of storylines in other Rebirth books that had originally been rumored to tie in with that hunt. So it’s likely that The Terrifics will be a vehicle for the Legion’s return, too.

The pairing of Plastic Man and Metamorpho is overdue. They crossed paths way back in Brave and the Bold #123, which even by pre-1985 continuity was technically out of continuity.

Both are characters that had outlandish adventures, keeping smiles on their faces when things got crazy. And they also have nifty theme songs, though those, too, aren’t canon.