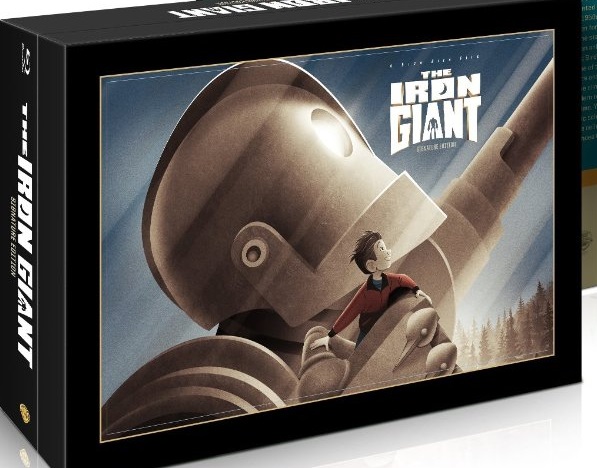 If you haven’t seen The Iron Giant, it’s not surprising. An overlooked classic, Brad Bird’s first feature, set in the height of Cold War paranoia (and yet a heartwarming story), didn’t get much theatrical push from Warner Brothers. They didn’t really understand what they had — it is a science fiction story without any songs, made before Pixar proved that audiences would flock to animated films that treated them with a little more maturity.

Sometimes you can’t blame a studio; risk is risky. But The Iron Giant was completely worth the risk. The story of a boy and an alien robot overcoming fear and a dark destiny, it’s so good that if nothing else, both Jennifer Aniston and Vin Diesel should be remembered for it. With very little actual dialogue, Diesel’s vocal performance is funny, moving, and warm. But if you’ve seen Guardians of the Galaxy, you know how much Diesel can do with just three words. Imagine what he can do with thirty (okay, maybe it’s forty).

Last Fall, Warner Brothers released a “Signature Edition” into theaters for two screenings, and then everything was quiet. Now Collider reports that Warner has announced that this remastered version will come to home video on September 6, 2016 — once again a little bit of mistiming, as this should be on a lot of Christmas lists. In addition to a nicely spruced up Blu-Ray at $14.99, the movie will get an Ultimate Collectors’ Edition, retailing at $74.99.

You can get the Signature Edition, which has director’s commentary, both the original theatrical cut and the Signature version released last Fall, and bonus content including “The Giant’s Dream,” a making of featurette described thus by Warner Brothers Home Entertainment:

“The Giant’s Dream” is the dramatic story about a rare moment in movie history that allowed a first-time director to make one of the world’s greatest animated films, “The Iron Giant.” Using stylized animatics, archival footage, original concept art, and revealing interviews, The Giant’s Dream charts the incredible ups and downs, industry firsts, and amazing history behind this iconic film, and its rebel director, Brad Bird.

That would be enough for any fan, and certainly to make new fans. But the Ultimate Collector’s Edition? It comes with a hardcover art book, Mondo collectible cards, an Iron Giant statue, and a personal letter from Brad Bird. (Okay, that’s probably a copy of a personal letter, but let’s roll with the excitement.) 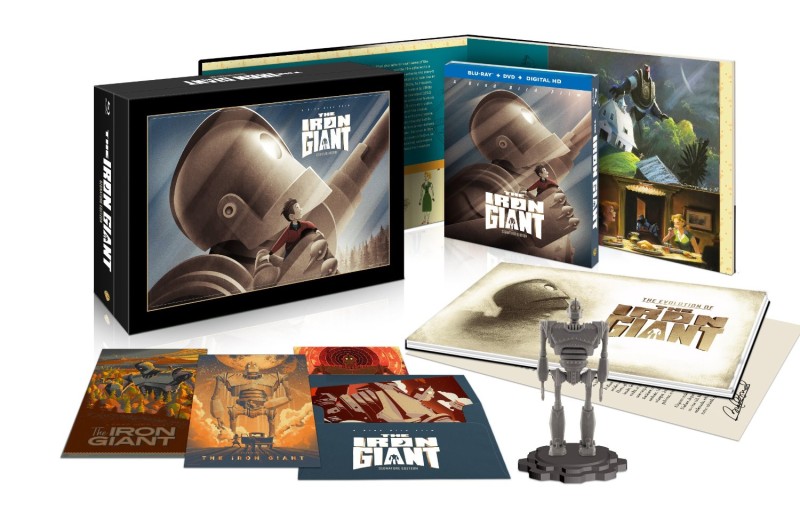 Let this be the first item on the 2016 Holiday Gift Guide, because it’s a good one.