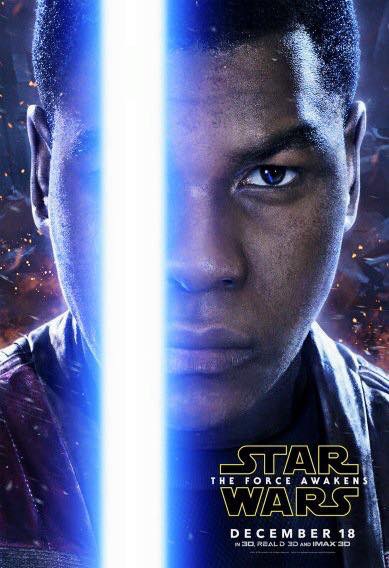 Every step of the way with Star Wars: The Force Awakens makes me feel like Navin Johnson from Steve Martin’s The Jerk. The new phonebook is here! The new trailer is here! The new posters are here! But that just means that despite my own best efforts to keep calm, cool, and detached, Star Wars keeps drawing me back into childlike enthusiasm. That’s even knowing that all big tentpole movies are being marketed us in exactly the same way, over and over — one main image, then a series of character posters with the leads staring at us knowingly as if to say “somebody will be wearing me on a t-shirt.” Don’t deny it — there was even a Robert Redford poster from Captain America: The Winter Soldier.

And yes… there isn’t a poster for Luke Skywalker. Isn’t it nice that J.J. Abrams is bound and determined to keep some secrets before the movie opens? I’m absolutely grateful.

The blue lightsaber, reflected in his eye… does he have to be a Skywalker? Not necessarily, but as Bonnie Burton reminded us in a recent podcast, the main Star Wars films are meant to be about the Skywalker family, so the chances are that he is a blood relation, though perhaps he will turn out to be Luke’s paduwan without being related by DNA. 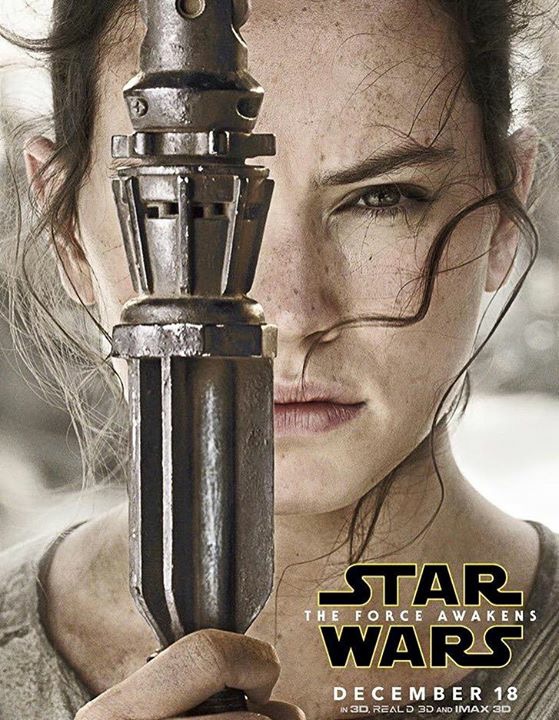 Carrying a Gaffi Stick? (Correct me if I’m wrong, Drew Campbell.) I’d still believe she, too, is meant to be Skywalker blood, and if that is a Gaffi Stick, even if they are on the desert planet of Jakku, she could be carrying it from her time on the family home planet of Tatooine. 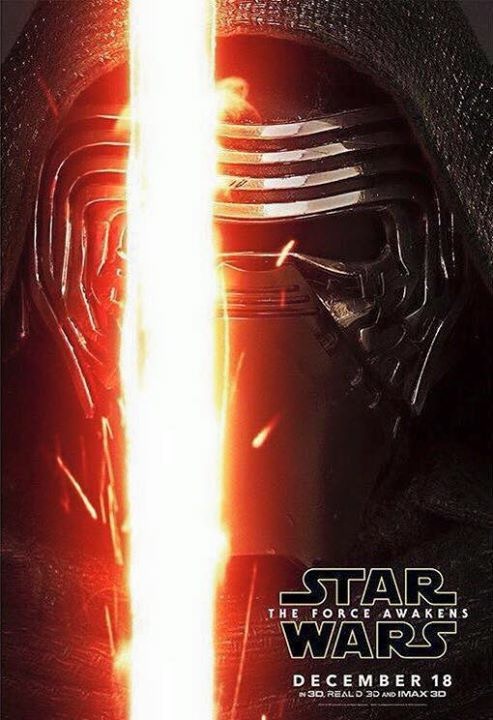 With a face plate that makes him look like a very, very evil Gungan, all that speculation about this being the face of Luke has to be wrong. It’s the grandson of Jar Jar, determined to finish what Ani started. Actually, though, my preferred theory is that Kylo Ren and Rey are twins, a nod back to the original Expanded Universe in which Han and Leia had children.

Speaking of Han and Leia… 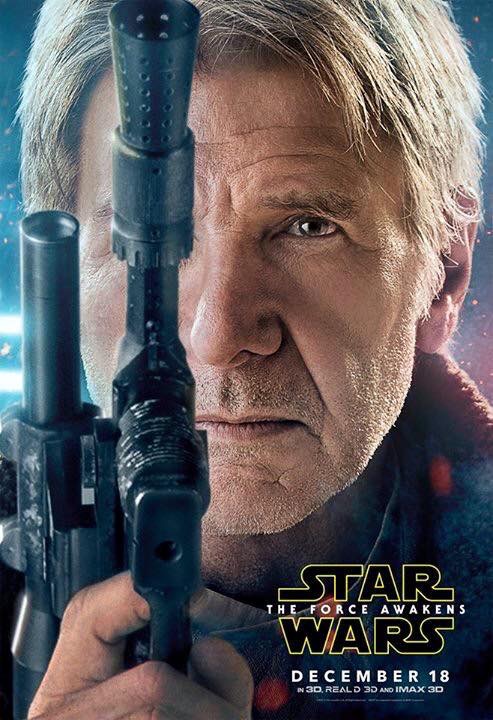 Yeah, I’ll wear that on a t-shirt. 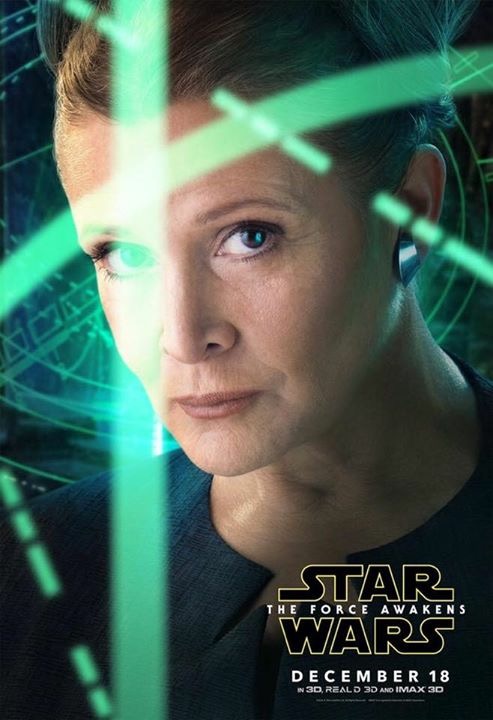 A day after rumors have started that “Slave Leia” will be retired from all licensing, this serves as a good reminder that even in that embarrassing metal bikini, Leia Organa is a force to be reckoned with. Carrie Fisher looks so strong in this photo, I have to hope that a good chunk of The Force Awakens focuses on her. I can’t help mixing franchises here — I’m getting a strong Captain Janeway vibe, and I like it.

If the Skywalker family saga thing is correct, these five posters are a family portrait. Because you’ll notice that there’s no Poe Dameron (Oscar Isaacs), who we know is not related, thanks to the Marvel comic Star Wars: Journey to the Force Awakens: Shattered Empire.

Bring on the next round! In the meantime, speculate away!