Basically, we’re excited, and STARZ’ press release explains almost every reason why. The casting feels right and cool, and the book is a favorite for a reason: it’s damned good.

Starz and FremantleMedia North America (FMNA) began production this week on the 10-episode first season of “American Gods,” the adaptation of Neil Gaiman’s acclaimed contemporary fantasy novel. The adaptation of the fantasy novel for Starz is not unlike Netflix’s adaptation of the witcher books which has also garnered much attention of late. Shooting has commenced in Toronto, Canada and will continue in additional locations across America. 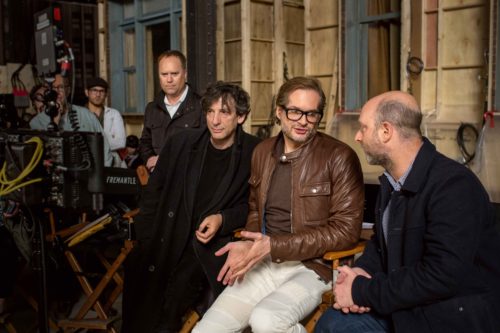 Leachman plays Zorya Vechernyaya, the eldest of three sisters who watch over the constellations, guarding against horrors forgotten by modern man. Once accustomed to royal status, the sisters have learned to survive on far less in a country that has no memory of them.

Stormare plays Czernobog. A Slavic god of darkness and evil, Czernobog is reluctant to join the coming war, wary of Wednesday’s motivations.

Obi plays Anubis, the commanding ancient Egyptian god of the dead, gently guiding mortals through the judgment of their souls.

Kraish will play The Jinn, a mythical creature of the fire who understands a person’s deepest desires better than they do. He fears for his safety with the coming war, and considers fleeing America. 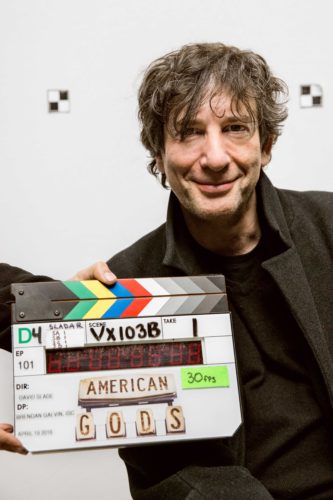 Cloris Leachman is an accomplished and beloved American actress of stage, film and television. An eight-time Primetime Emmy® Award-winner, Leachman’s career spans films, television dramas and comedies from the Golden Age to the hottest primetime hits today. Leachman most recently starred in the DreamWorks animated film “The Croods” with Nicholas Cage and Emma Stone and the “Wedding Ringer” with Kevin Hart. She recently finished shooting “The Comedian” with Robert DeNiro for director Taylor Hackford, “So B. It” for Stephen Gylennhaall and was the oldest competitor on the ABC hit series “Dancing with the Stars.” Additional TV and Film credits include “Lassie,” “The Twlight Zone,” “The Mary Tyler Moore Show,” “Facts of Life,” “Malcolm in the Middle,” “Raising Hope,” “The 11th,” “The Last Picture Show,” “Young Frankenstein,” “High Anxiety,” “History of the World: Part 1,” “The Muppet Movie” and “Spanglish.”
Swedish born actor/director Peter Stormare is best known for his breakout roles in “Fargo” and “The Big Lebowski.” Stormare has worked in over 150 films and most recently in “John Wick: Chapter Two” with Keanu Reeves and the upcoming Dimension Films release “Clown,” along with “22 Jump Street,” and “Hansel & Gretel: Witch Hunters”. He made his television debut starring on the first season of the hit Fox TV drama series “Prison Break” and has also had memorable guest appearances on “Entourage,” “Weeds,” “Hawaii Five-0” and “CSI.” Additional TV and Film credits include “Armageddon,” “8MM,” “Brothers Grimm,” “Minority Report,” “Constantine,” “Bad Boys II,” “Lockout,” “Inseparable,” “The Imaginarium of Dr Parnassus,” “Premonition,” “Arrow,” “Manhattan,” “Graceland” and “The Black List.”

Chris Obi is an English actor, most recently known for “Snow White and the Huntsman” where he worked with director Rupert Sanders. Obi reunites once again with Sanders for the upcoming Dreamwords/Paramount Pictures release “Ghost in the Shell.” As well as being a successful TV and Film actor, Obi has also graced the stages of many theatres across the UK playing a variety of roles and has also lent his voice to numerous radio plays. Additional Film credits include “The Counselor,” “Burke & Hare” and “The Call Up.”
Mousa Kraish is a Palestinian-American actor from Brooklyn, New York. In his career he has had the good fortune to work with a number of acclaimed directors including Steven Spielberg (“Munich”), Mike Nichols (“Charlie Wilson’s War), Justin Lin (“Finishing the Game” and “Fast and Furious”) and Greg Mottola, for whom Mousa appeared in the Judd Apatow-produced runaway summer hit “Superbad.” In his most recent role he stars alongside David Schwimmer and Jim Sturgess for the AMC series “Feed the Beast.” Additional television appearances include “Homeland,” “Transparent,” “Chuck,” “Covert Affairs,” “Blue Bloods,” “Parenthood,” “Arrested Development” and “Men of a Certain Age.” Other film credits include “The Day the Earth Stood Still” and “You Don’t Mess with the Zohan”, as well as the independent features “King of California,” “Super Zeroes,” “Overnight” and “Echo Park.”
“American Gods” has been translated into over 30 languages and earned numerous accolades including Hugo, Nebula and Bram Stoker Awards for Best Novel. The plot posits a war brewing between old and new gods: the traditional gods of mythological roots from around the world steadily losing believers to an upstart pantheon of gods reflecting society’s modern love of money, technology, media, celebrity and drugs. Its protagonist, Shadow Moon, is an ex-con who becomes bodyguard and traveling partner to Mr. Wednesday, a conman but in reality one of the older gods, on a cross-country mission to gather his forces in preparation to battle the new deities. 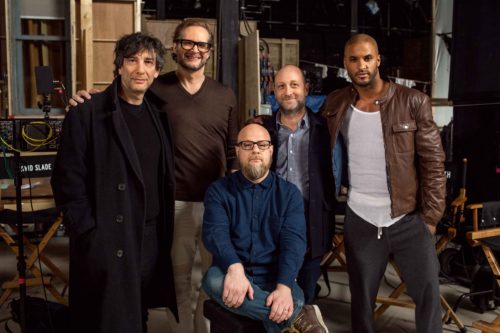