Does this feel like it’s been bubbling for a long time? It feels like not a week goes by without some fan film showing up that looks as good as most of what the big studios have to offer. Some have also been extremely well-written.

The point is – the floodgates have opened, and the old paradigms of content creation have been upended for some time. Legion M, this fan-owned studio model, seems a logical next step. With partners like Stoopid Buddy Studios and Meltdown, it’s also clear that there are people involved who can get things done. There’s real talent here, but what’s missing so far is a sense of what kind of content they will develop – will this be a conduit for creators to go from critically acclaimed graphic novel to movie or webseries? More to come on this story, obviously, and we’ll get a chance to talk with some key people at Silicon Valley Comic Con.

Legion M, the world’s first fan-owned entertainment company, launches today – offering Fans the first-ever opportunity to invest and have a voice in the creation of new films, TV shows, and other entertainment projects. Using the fundraising super powers recently introduced by the Securities and Exchange Commission (SEC) via the JOBS Act, Legion M offers a genuine investment opportunity for entertainment fans. The model is simple: With Legion M, FANS own the company, FANS get behind-the-scenes, and when we are successful—FANS share the rewards!

“Legion M is opening the gates to Hollywood and giving Fans the opportunity to play a real role in the creation of new content. We’re building a legion of ONE MILLION fans to empower creators and change the way content is made.” said Paul Scanlan, CEO and co-founder of Legion M.  “After all, Fans are the reason that content exists, and for the first time in history, we are inviting Fans into Hollywood’s inner circle.”

Legion M’s slate of projects, which have yet to be announced, will be chosen with the help of an esteemed group of creative allies. The company is actively forming alliances with top Hollywood talents who have helped shape pop culture across multiple different platforms, including TV, comics, film and animation.

At launch, this army of creatives includes Stoopid Buddy Stoodios, the award-winning studio behind “Robot Chicken,” and Sony Crackle’s “SuperMansion”, Gaston Dominguez-Letelier and Meltdown Entertainment (Epicenter of Nerd culture in LA and birthplace of The Nerdist Ind. Studio and Showroom and The Meltdown with Jonah and Kumail), and “alternative reality gaming” company 42 Entertainment, (the minds behind the “Why So Serious” experiential campaign for The Dark Knight and the groundbreaking ilovebees.com campaign for Halo).

Stoopid Buddy Stoodios partner Matthew Senreich said, “Connecting with fans who have such a passion for the wide variety content that emanates from Stoopid Buddy Stoodios means everything to us as creators, and Legion M’s new model presents an exciting new way to take fan engagement to the next level.” 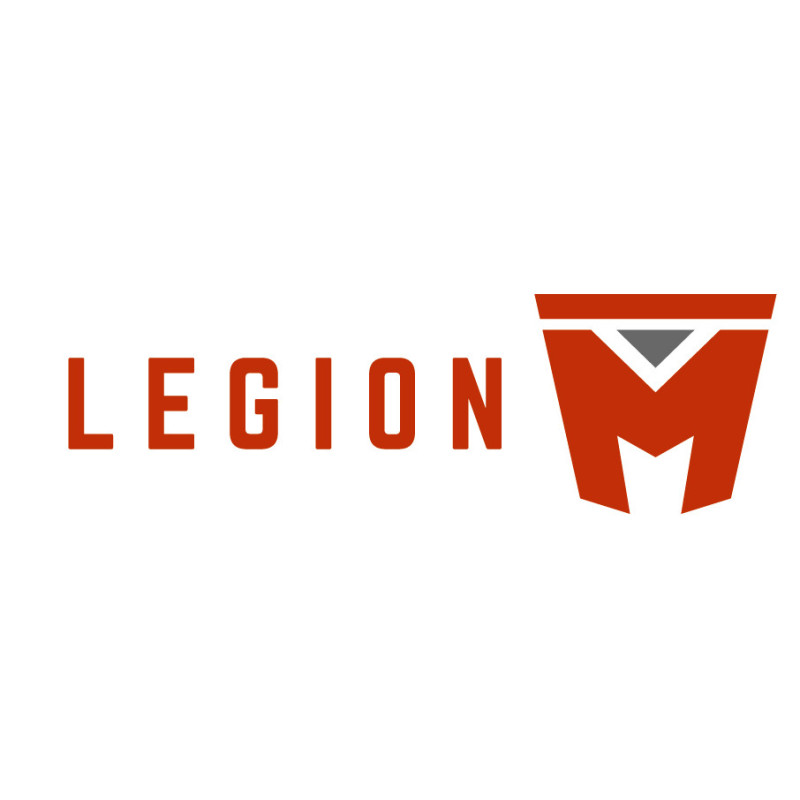 Meltdown Founder and CEO Gaston Dominguez added, “How could any creative not want to work with Legion M?  Financial flexibility, creative independence plus Fan engagement. It’s a no brainer.”

“The core of Legion M is the community,” says Jeff Annison, President and co-founder of Legion M. “By offering the public equity in our company and inviting them into the development process, we’re building a legion of fans who are both emotionally and financially invested in our projects’ success. What could be more powerful than 1 million fans working to help make content a hit?”

Fans will be able to invest in Legion M later this summer, but for now they can reserve their spot at www.joinlegionm.com. Fans can also be a part of the official Legion M launch at Silicon Valley Comic-Con (booth # 713), and hear the founders speak on panel.

Legion M is the world’s first FAN-OWNED entertainment company. FANS own the company, FANS get behind the scenes, and when Legion M is successful—FANS share the rewards! Legion M co-founders Paul Scanlan and Jeff Annison are Emmy winning technologists who also co-founded MobiTV, the pioneer and market leader in over the top and multiscreen platforms.

The M with a bar over it is the Roman numeral for one million. Legion M’s aspiration goal is to build a legion of 1 million fans to change the way content is made. We want to empower creators to push the boundaries, and empower fans to be a part of the content they love.  Join us at www.joinlegionm.com.

Stoopid Buddy Stoodios is an artist-friendly collective that houses some of the finest talent in all of animation. Founded by partners Seth Green, John Harvatine IV, Matthew Senreich and Eric Towner, the company has a knack for creating unique visuals and telling character driven stories with an uncanny sensibility. Stoopid Buddy Stoodios is home to the longest running stop-motion show on television, “Robot Chicken” and Sony Crackle’s “SuperMansion,” as well as Sony Pictures Animation’s hybrid animated features “Superbago” and “Rabbids,” Denny’s “The Grand Slams,” Mattel’s “WWE Slam City,” L/Studio’s “Friendship All-Stars,” MAD’s stop-motion “Spy vs. Spy,” and Netflix’s upcoming “Buddy Thunderstruck” among many others.

The company’s two-building campus and state-of-the-art facility located in Burbank, CA, makes it the largest studio specializing in stop-motion animation in California. The company’s work covers the animation gamut, ranging from charming hand-crafted animation all the way to high-end feature quality animation.