The thing that sets this current superhero television craze apart from earlier attempts is that these shows are clearly not embarrassed by their roots. While the first Flash series was fun, it tried way too hard to make John Wesley Shipp into “Fast Batman” – and even then, one without costumed villains. Smallville suffered the same problem in its early years. They were fun shows for their time, and nobody disrespected comics per se, but…

This promotional image shows that CBS/The CW knows our time has come. Yes, the insertion of Supergirl into stories that were originally for her cousin requires some thematic changes, but then again, that also presents an opportunity to make those stories fresh. Plus Melissa Benoist and Grant Gustin have also given their characters an optimistic power that echoes the fun of the original comics in a way that Tom Welling just never did.

Different times. I’m glad we’re where we are now. 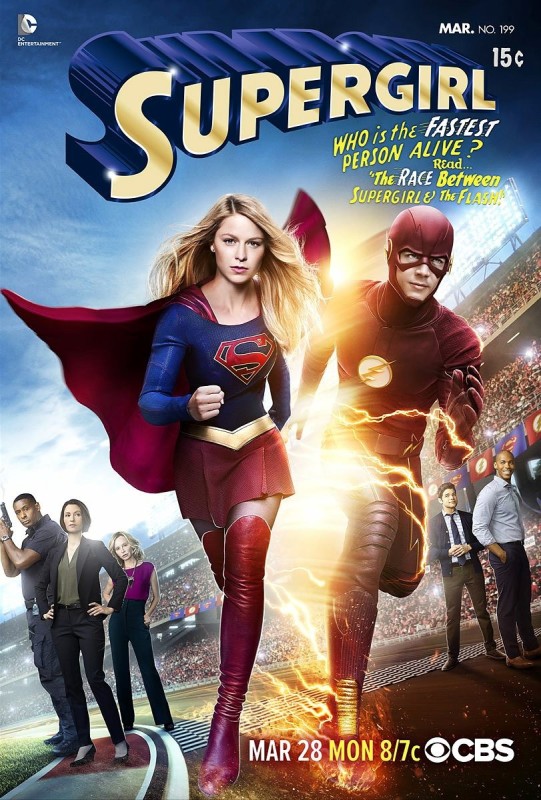