It’s happening. It’s sanctioned by Silicon Valley Comic Con! Continue the fun Saturday, March 19 by coming to the party at The Glasshouse, 2 Market Street in downtown San Jose. Cosplay and con attendees get in free! There will be free cups of the superhero-branded coffee, CAFN8TRX, plus vodka tasting, dancing, and fun! Will Fanboy Planet be there? You betcha! Will Studio C be there? Admittedly, maybe not.

Let us know if you’re coming! 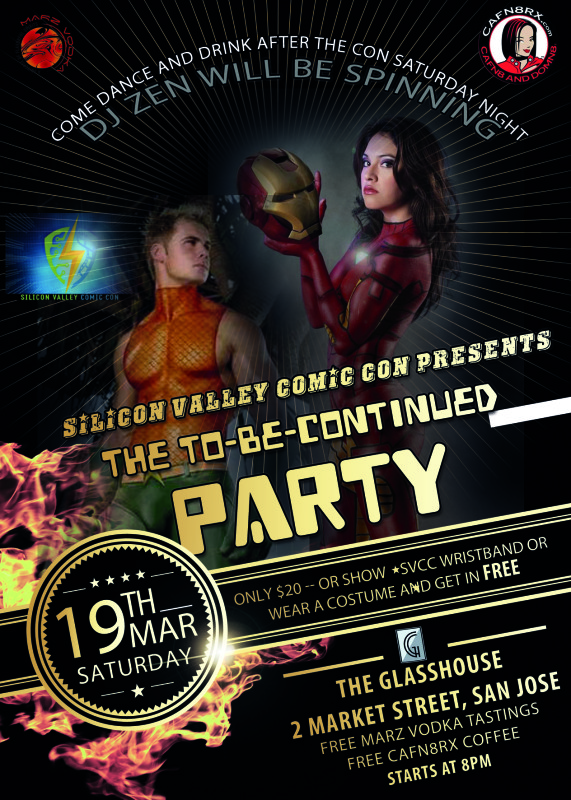