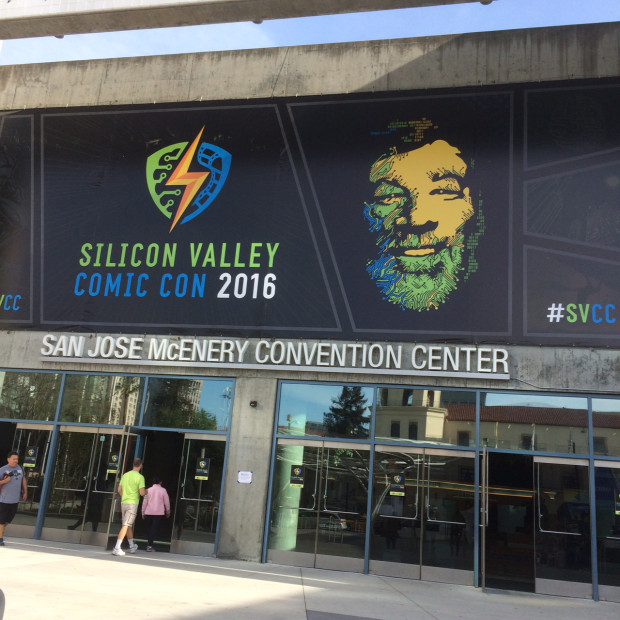 It may turn out to be the biggest event the San Jose Convention Center has held. Steve Wozniak’s name (and face) behind Silicon Valley Comic Con certainly guarantees that people are interested. When he took over the much smaller Big Wow! Comic Fest last year, we had to hold our breath a bit. This fun comics-centric show was about to go away. But it didn’t. It’s still there in the heart of the exhibit hall, with many familiar creators who had been the bedrock of the show in years past doing brisk business. And that’s on an opening night in San Jose when people are just starting to trickle in for “Preview Night.” (San Jose crowds have not yet learned of the value of that extra night.) Tomorrow, estimated to have upwards of 30,000 attendees, will be huge.

So in the meantime, here are some sights from what is likely the “quiet day” of Silicon Valley Comic Con. Because tomorrow, William Shatner speaks (again), Christopher Lloyd, Michael J. Fox, and Lea Thompson reunite for Back to the Future reminiscences, and for those of us with an even narrower sense of fandom — Alan Tudyk is going to talk about Con Man and his upcoming comic spinning out of that webseries, Spectrum. 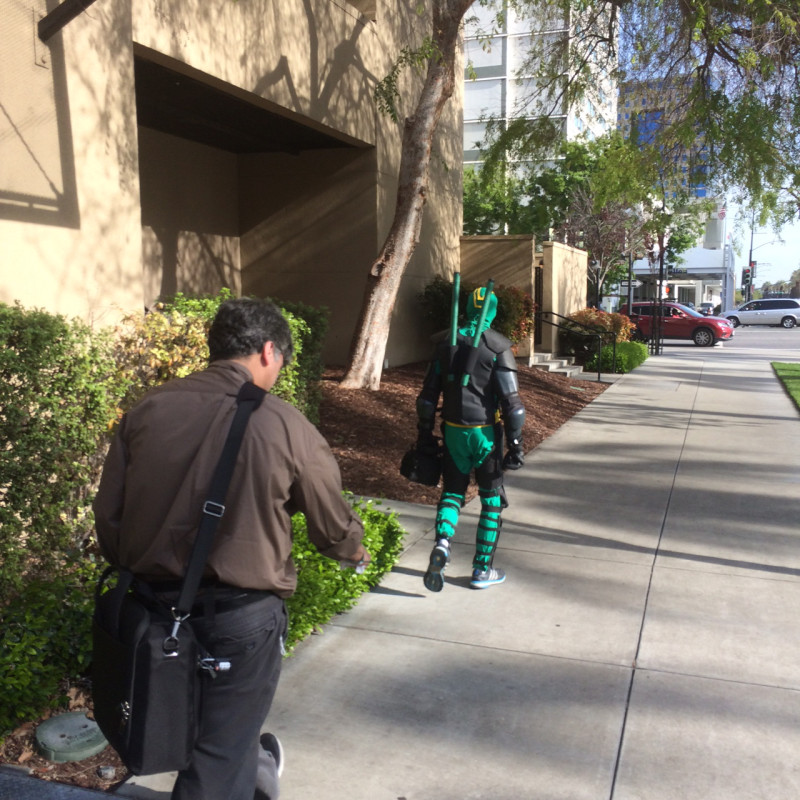 On the way over to the Convention Center. Either I was on the right path, or San Jose was about to get a vigilante… 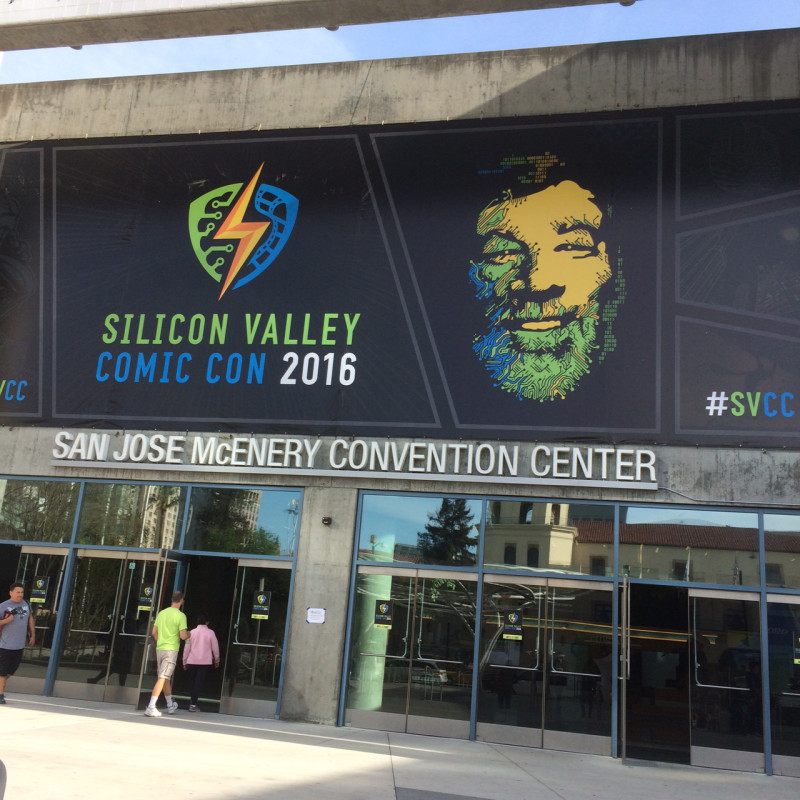 It was the right way. So if ever a wiz there Woz, Steve Wozniak is one because… he’s expanded this event like crazy! 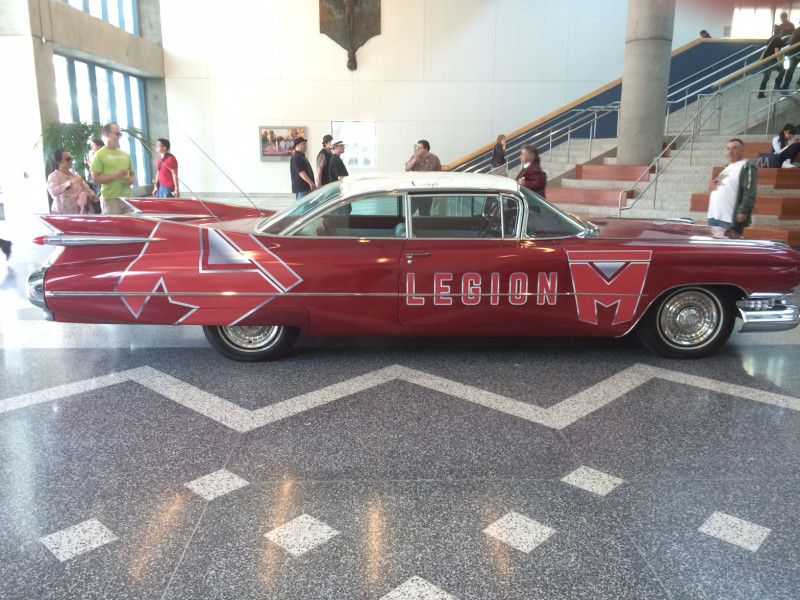 Not sure what the car has to do with the studio, but it’s an eye-catching advertisement! 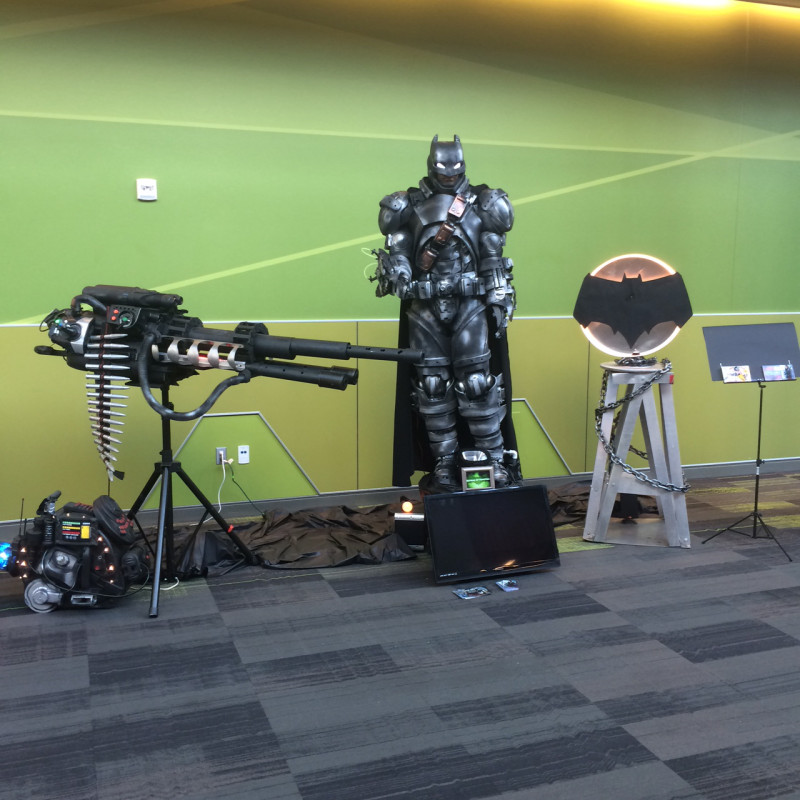 Outside the Exhibit Hall, and guarding the food, the Batman of Krypton. We’re not sure why it’s labelled that way, either. 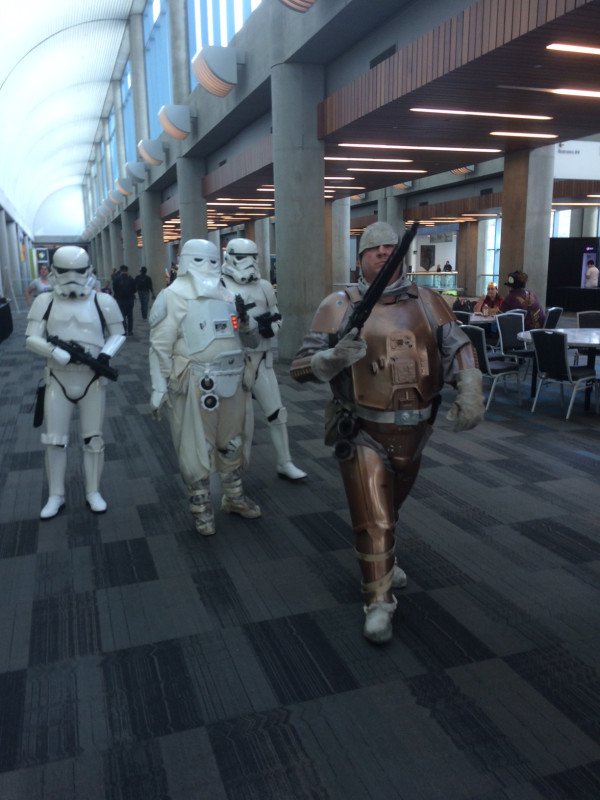 This was Wozniak’s Honor Guard. 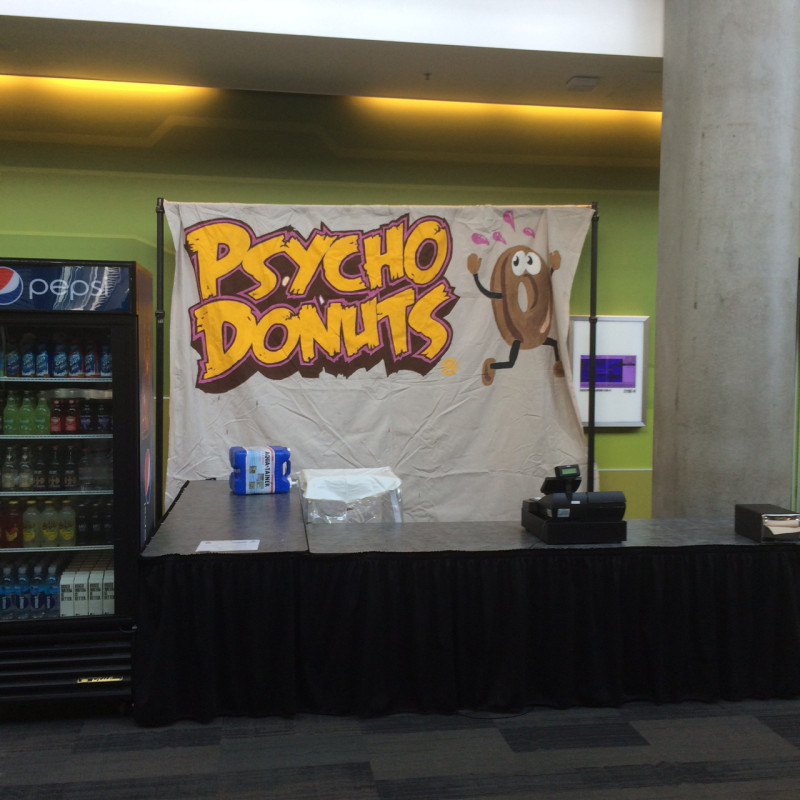 The last time this weekend we will have an unobstructed view of the Psycho Donuts booth. 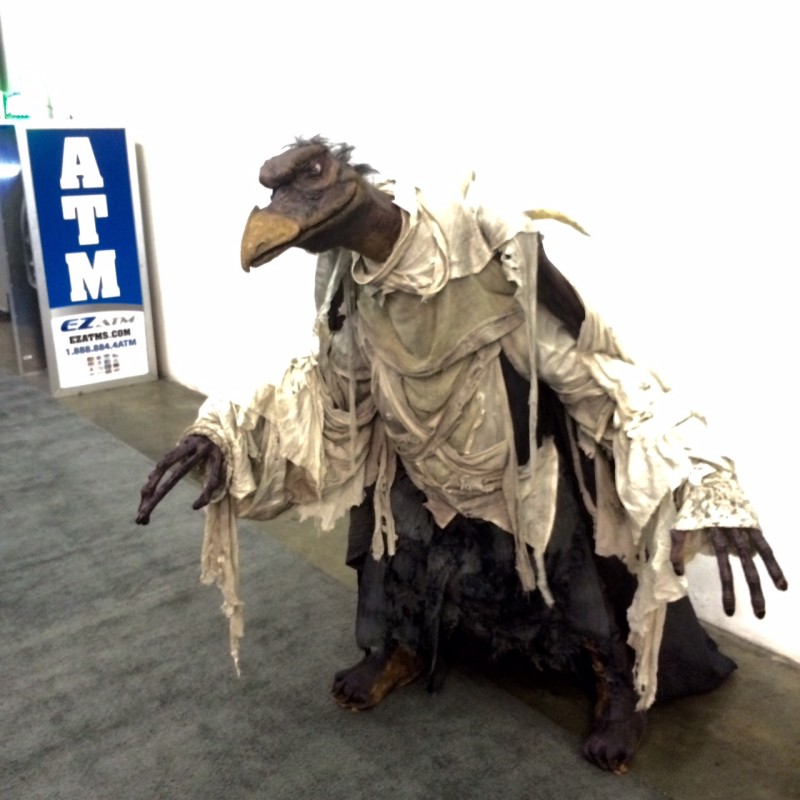 This guy is in serious need of psoriasis medication… 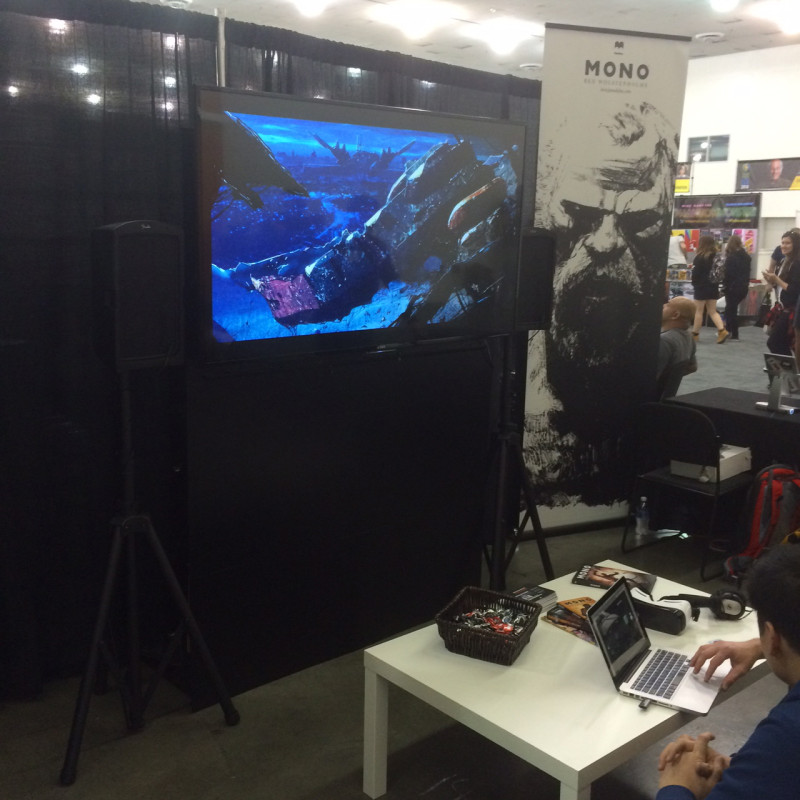 Check out Madefire at Booth 1401/1500. I’ve been a proponent of their motion graphics for years, and they’re about to break out onto Apple TV and other platforms, as well as moving into Barco Escape for cinemas and… virtual reality… 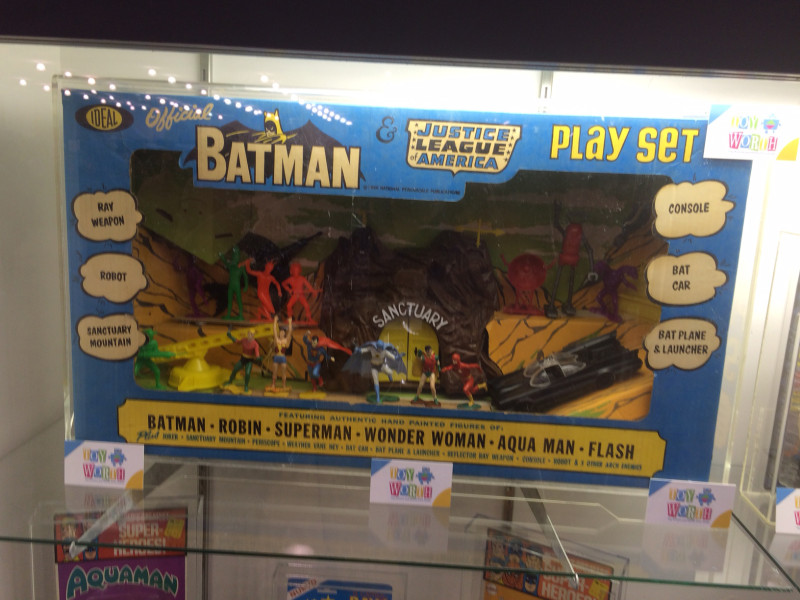 Plenty of collectibles around… including this beautiful toy set I’d had pieces from that I picked up at flea markets as a kid. If you look closely, somehow Johnny Thunder’s Thunderbolt made it in as a villain! 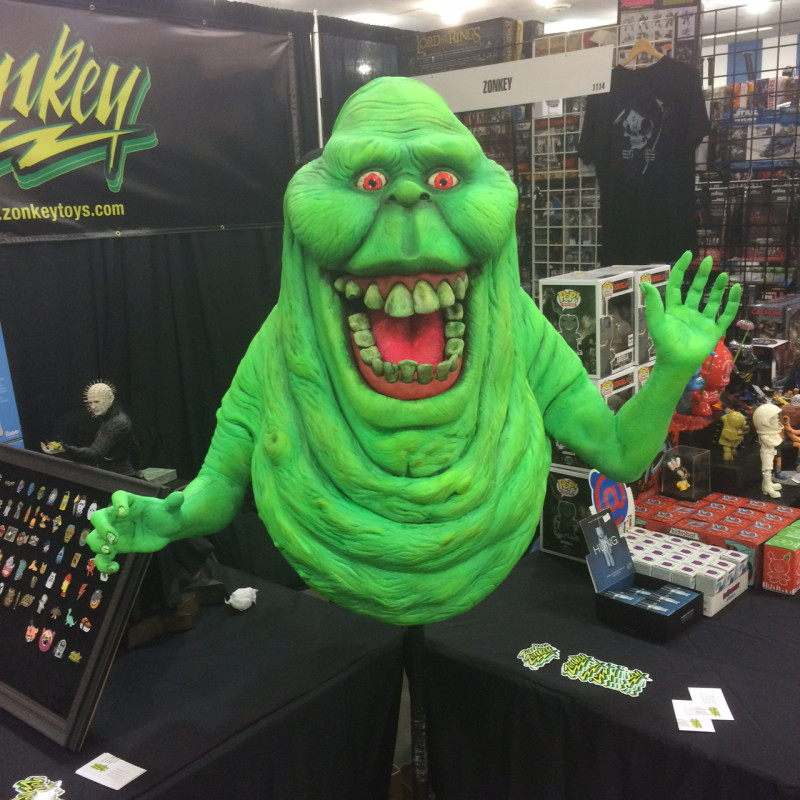 Would you put this in your living room? 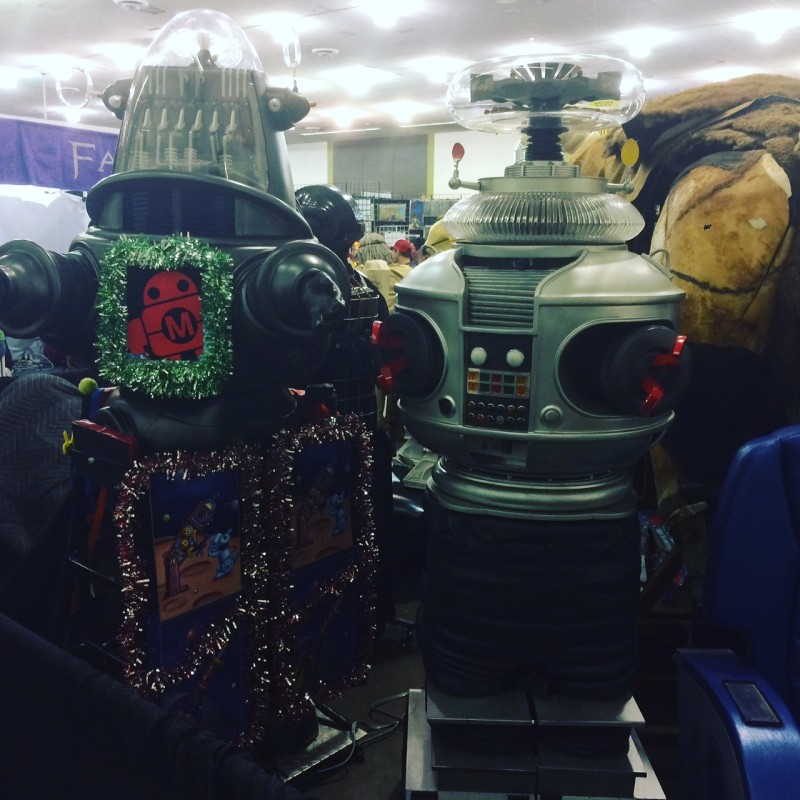 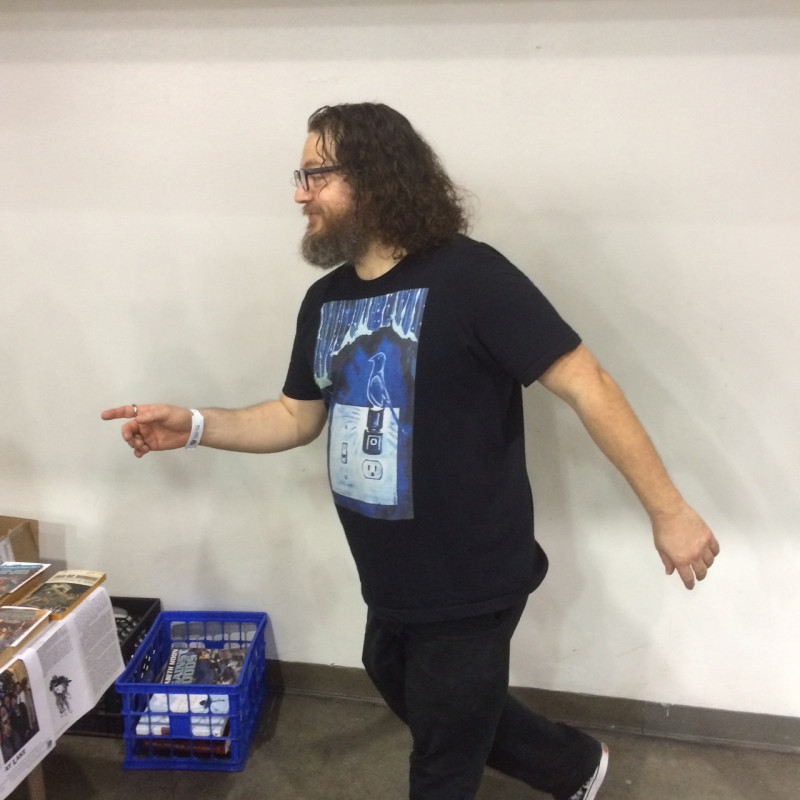 A rare sighting of the Chrisquatch. Check out his table where he’s giving away classic sci fi novels for free. 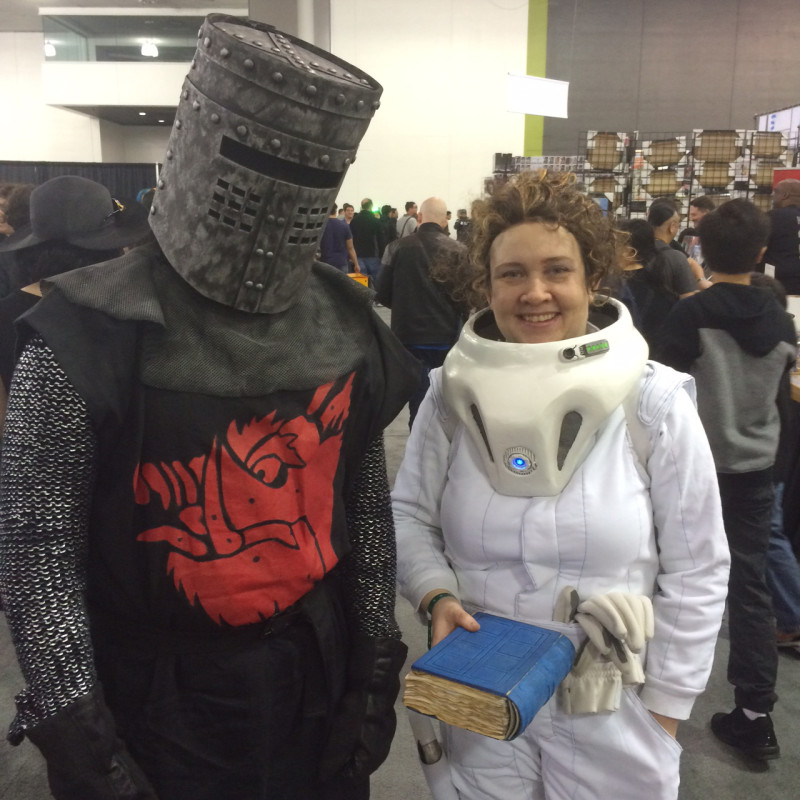 One of our favorite cosplaying couples. 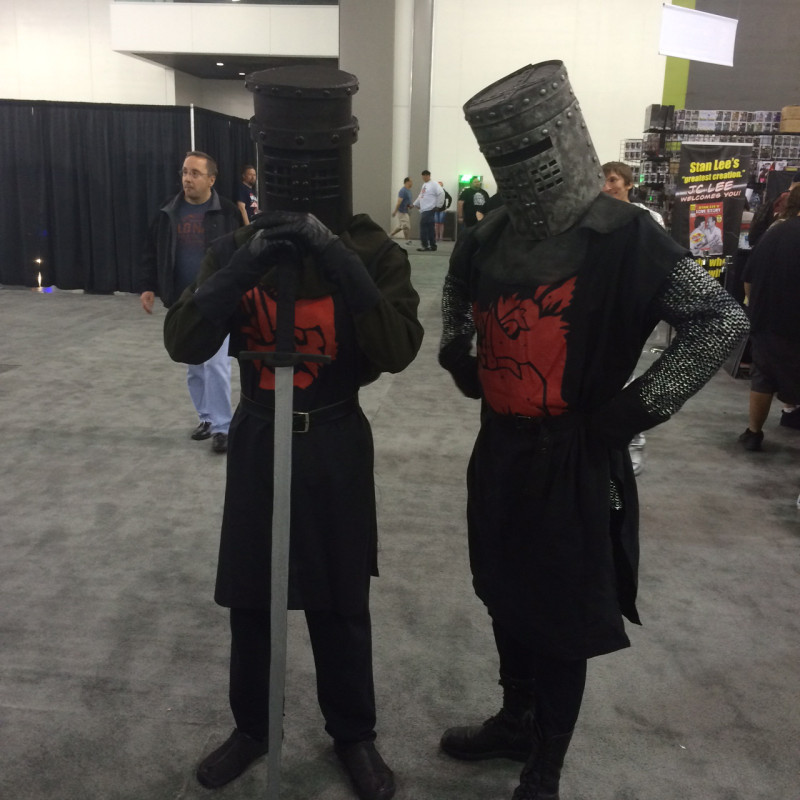 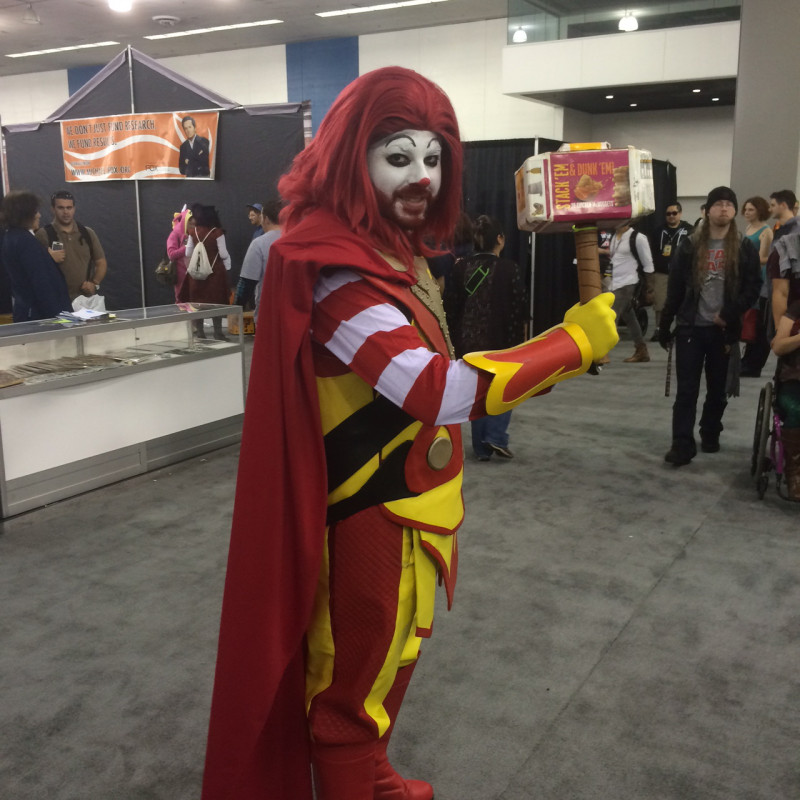 Only one who is truly worthy shall lift the quarter pounder and know the power of MCTHOR! 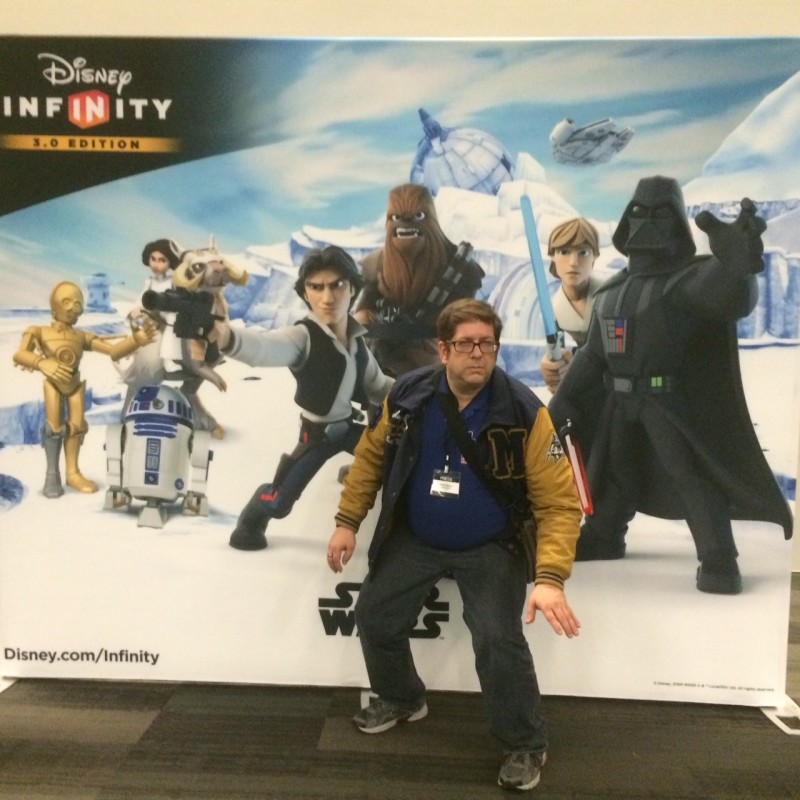