To no surprise, but with no joy, the CW announced today that next season of Arrow will be its last. It will also be shortened to 10 episodes. And let us explain why that is not surprising.

As we discussed on the podcast after December’s Arrowverse “Elseworlds” crossover, Oliver Queen (Stephen Amell) made some sort of deal with the Monitor so that Barry Allen (Grant Gustin) and Kara Zor-El (Melissa Benoist) would not die saving Earth-1. We didn’t hear what the actual deal was. If you’re a comic book fan, that makes perfect sense, even to reaching the conclusion that Ollie’s deal was like Mary Jane Watson-Parker’s deal with the devil that ended her marriage to Peter. Something had to be lost.

No, Ollie didn’t remove his marriage to Felicity from reality, nor did he whisper “only 10 episodes.” At the end of “Elseworlds,” the CW promised that sometime in the fall of 2019, we would get “Crisis on Infinite Earths.” Somebody has to die, and I’m going to guess it’s Oliver Queen (who has died a time or two in the comics). 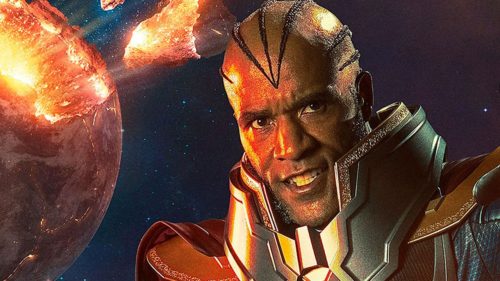 Yes, because it’s television, it will feel more final. I predict that 9 episodes in, Green Arrow will die instead of the Flash in the Crisis, and the series finale will be a farewell to the Guardian of Star City. He won’t fail the city; he’ll save the world.

But let’s not mourn the end of a television series. All shows end eventually. Let’s celebrate a multiverse, as the series executive producers do. Greg Berlanti, Marc Guggenheim and Beth Schwartz released a joint statement:

“This was a difficult decision to come to, but like every hard decision we’ve made for the past seven years, it was with the best interests of Arrow in mind. We’re heartened by the fact that ‘Arrow’ has birthed an entire universe of shows that will continue on for many years to come. We’re excited about crafting a conclusion that honors the show, its characters and its legacy and are grateful to all the writers, producers, actors, and — more importantly — the incredible crew that has sustained us and the show for over seven years.”

It’s the right attitude to take — we call the CW’s superhero shows “the Arrowverse,” and it currently has The Flash, Supergirl, and DC’s Legends of Tomorrow in it, all with full seasons next fall. Through that, they’re launching Batwoman next season, and rumor has it that the CW will revive Constantine with Matt Ryan after successful appearances on Arrow and DC’s Legends of Tomorrow. The Crisis could bring Black Lightning into the fold, so Arrow’s legacy and impact is secure. 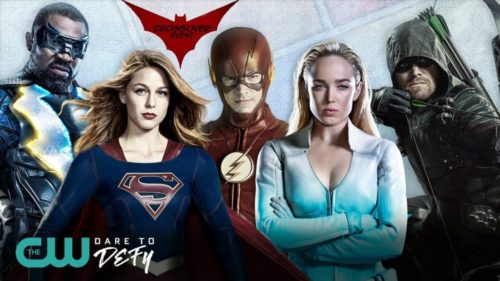 “Playing Oliver Queen has been the greatest professional experience of my life… but you can’t be a vigilante forever…There’s so much to say… for now I just want to say thank you.”

No, Stephen, thank YOU. You have taken responsibility for being a role model as a TV superhero, and been an inspiration on and off screen. We’re going to miss you, of course, but it’s been a heck of a ride.