How do you keep characters in continuity when you don’t have the rights to the original property? Marvel has been really good at this, allowing ROM the Spaceknight to “retire” but keeping the concept of the Spaceknights of Galador alive to battle the Dire Wraiths and, apparently, Cable? (IDW currently publishes ROM, under license from IP owner Hasbro.)

And how do you get Derek McCaw interested in buying a book about Cable — in particular one that’s leading up to a crossover in which he’s woefully behind? You have Gerry Duggan writing and Phil Noto drawing, AND you bring in the Spaceknights! You know what? This kind of thing worked on me when I was buying comics at the local Rexall Drugstore, and it still works decades later. 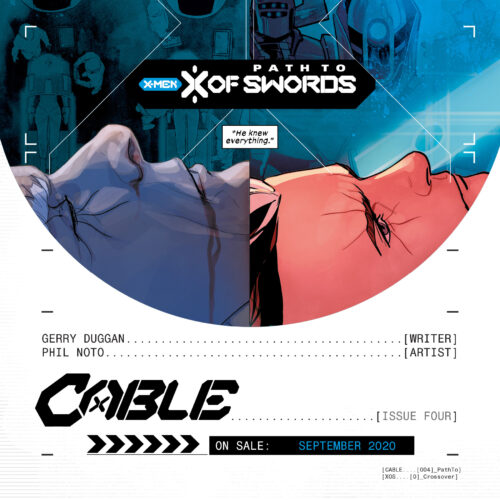 Follow the path to X OF SWORDS in Cable #4, on sale in September!