Wearing a unique fez and a diaphanous cape, Kismet, Man of Fate fought Nazis in World War II. After a mysterious force ripped him out of the world and into public domain, Kismet reappeared in 2016. Displaced but still keenly aware of injustice, he fell in love with the city of Boston even amidst growing prejudice against Muslims. Because yes, though it was never made explicit in the Golden Age, Kismet was clearly the first Muslim superhero.

And writer A. David Lewis co-created a new era for Kismet with artist Noel Tuazon, in Kismet, Man of Fate v.1: Boston Strong. Lewis took a different and interesting direction for the character. Instead of being the crime fighter his new acquaintances clearly expected him to be, Kismet decided to empower others through community organization and social example. He had fought against fascism; now he had hope for democracy. Though other heroes in comics had turned their backs on fate (Starman, and classically, “Spider-Man No More!”), it was either temporary, or purposely the end of their story. For Kismet, it was only the beginning. 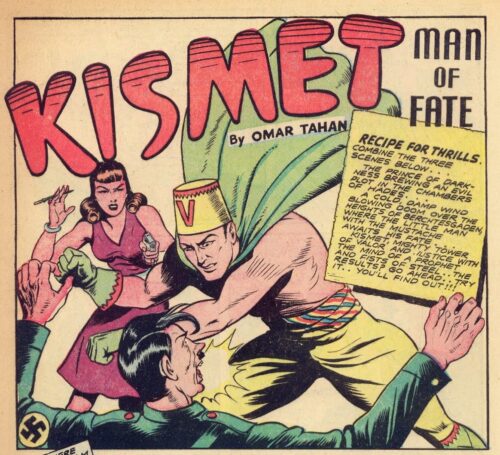 With editor Joe Illidge offering guidance, Lewis refined his ideas for a second volume to complete the story. However, original publisher A Wave New World had to cut back on their publishing plans. It’s understandable. But Lewis and Tuazon, along with the rest of the creative team — colorist Rob Croonenborghs and letterer Taylor Esposito — still want to finish the story.

To do so, Lewis has started a Patreon account, taking no money for himself. Instead, for every $140 raised, the team will complete a scripted page, moving forward through the planned volume. As Lewis notes on the Patreon page, “…it’s not about what each patron contributes (though different tiers will enjoy different benefits) — it’s about what is all raised together.” That feels pretty much in line with Kismet’s point of view.

When each page is completed, it will be released to Patreon supporters digitally — similar to A Wave Blue World’s original strategy of posting their comics online and then collecting them into printed volumes.

“It’s about my artists getting paid and the book being kept alive, not my profit at a difficult time for many, nor instantly going to print,” Lewis said in a Facebook conversation with Fanboy Planet. A printed version isn’t out of the question, either. “I think that once there is a completed book, a publisher will front the cost to print it, especially if it’s been well received piecemeal, while saving the art expense,” he continued. The writer has even considered self-publishing once it’s finished. But he can’t front the cost for the art and self-publishing at the same time. Thus this take on crowdfunding. 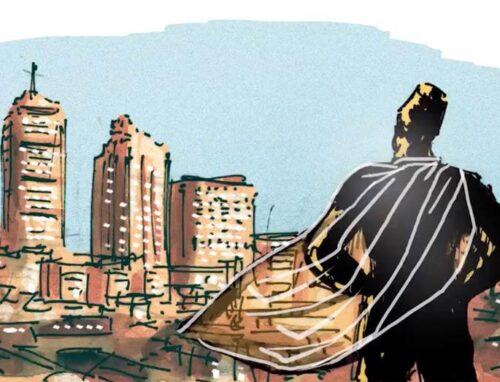 In re-reading Kismet, Man of Fate, it was clear that current events were influencing the first volume. Growing anti-Muslim sentiment, the election of a new President, and the building of the Black Lives Matter movement were reflected in Boston Strong. Though one of Kismet’s power is the vague “foresense,” Lewis was staying ahead enough for it to be a little bit hindsight. Volume 2 “…will pick up soon after Vol. 1 left off, so this will be somewhat in retrospect — but since readers (and yours truly) know what’s coming, we can telegraph some issues from their “future.” Finally…well, there’s a secret ending that will bring things full circle.”

He added, “I get to take advantage of Kismet’s foresense because I live in his ‘future.'”

Check out the Patreon page.

If you haven’t yet read Volume 1, you can order it here. 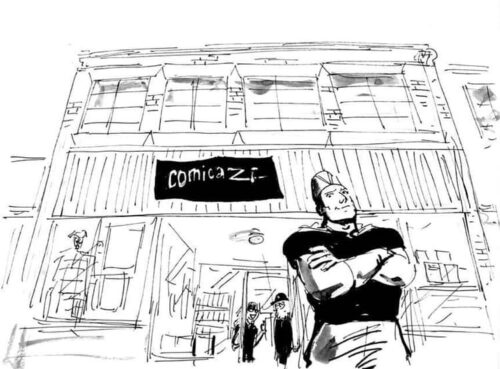 Fanboy Planet is an Amazon affiliate. Any purchases made through links here may generate revenue for the site.