Let’s give props to Marvel. As I was reminded tonight, I have said that I didn’t want to watch any new trailers for Avengers: Endgame, but this one teases without spoiling. Half of it spends time rehashing previous films artily, and what’s new still doesn’t quite mean much without context. Our appetites are whetted.

But Disney deserves even more credit. They released a one-sheet poster image today featuring all the heroes of the film, but had left Danai Gurira off the top row — the only actor appearing on the poster who was not listed. After being taken to task on social media, Disney responded with an updated poster, a semi-apology, and the correct statement, “she should have been there all along.” 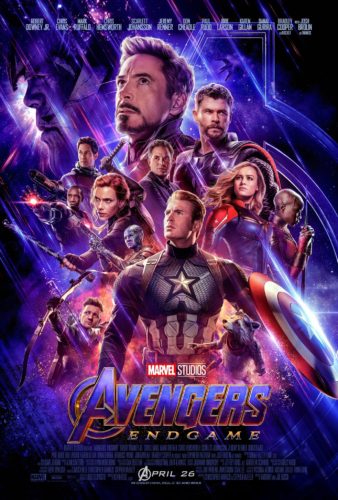 Because let’s face it — they’d probably do a lot of box office with a film dedicated to Gurira’s Okoye and the Dora Milaje, the warrior women protectors of Wakanda. So let’s give her the props she deserves for being one of the most exciting additions to the Marvel Cinematic Universe in the last couple of years.