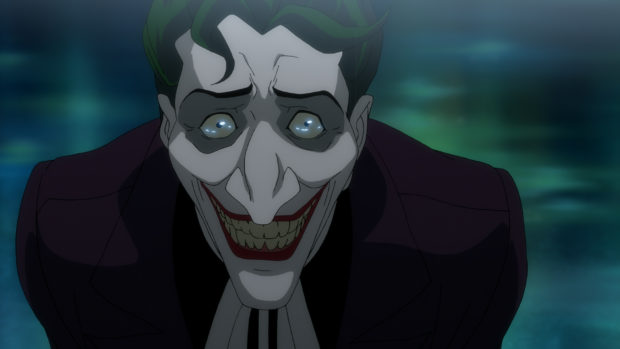 We haven’t had an animated Batman film in theaters since Batman: Mask of the Phantasm. The time wasn’t right then, and so one of the best Batman movies ever made was considered a box office failure. Since that time, audience tastes have shifted, and in a year we’ll get a LEGO Batman movie, while rumor has it that Sony will produce an animated Spider-Man film for theatrical release, featuring Miles Morales in the costume. And for one night, Warner Brothers has enough faith in an animated Batman movie to try it in theaters again.

Funny how the stars of Mask of the Phantasm, Kevin Conroy and Mark Hamill, are still at it as Batman and the Joker. Times have changed, but a classic combination hasn’t. Thanks to Fathom Events, theaters across the US will be showing Batman: The Killing Joke, based on the classic Alan Moore/Brian Bolland graphic novel. It won’t be the World Premiere; Warner Brothers is granting that to Comic-Con. But there will be two showings at 7:30 and 10 p.m. on July 25th at a theater near you.

As often happens with Fathom Events, there will be extras, including an interview with Mark Hamill talking about his journey to the Joker, and what The Killing Joke means to him as a fan. There’s more, but why spoil it? If you can’t make it to Comic-Con, a little piece of it will come to you, or at least your neighborhood.

The digital download of Batman: The Killing Joke becomes available on July 26th, and the blu-ray/DVD release will be August 2nd.