He could have been the best Batman (after Adam West and Kevin Conroy), but the films he was in failed us. According to Vanity Fair, Ben Affleck has agreed to take another shot at the role, joining Michael Keaton in whatever Warner Bros. calls The Flash movie. To be based on Flashpoint, the film will feature Ezra Miller’s Flash to run through a few realities — thus able to cross paths with both Keaton’s already confirmed older Bruce Wayne/Batman and Affleck’s caped crusader, who helped this Flash get set up in Justice League. (Not sure if that’s also what happens in the Snyder Cut.) Does this mean that Robert Pattinson could also appear as Batman in the Andy Muschietti-directed Flash?

Thanks to the Arrowverse’s Crisis on Infinite Earths, we’ve already seen how it will happen. In that television crossover, Miller popped up to meet Grant Gustin’s Flash, and referenced back to Cyborg helping him. Would it be too crazy to hope that he runs into the animated series Batman, too? 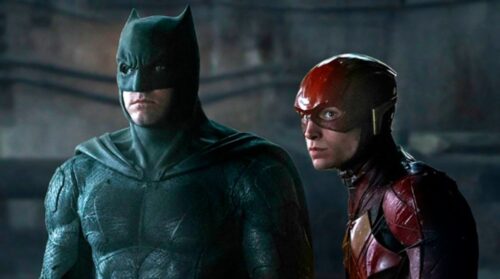 It had been rumored that Affleck was returning to the role to do some reshoots for Zack Snyder’s version of Justice League on HBO Max, though reporter Anthony Breznican does not mention it. But if Affleck’s going to get back into bat-shape, he might as well do it for two projects.

Despite being a controversial pick at first — as all Batmen are — Affleck captured both sides of the dynamic well, though he wasn’t given a chance to be at ease in Batman v Superman, and Joss Whedon’s version of Justice League leaned too hard on the quippy. Here’s hoping that Affleck gets redemption with this.