Comics legend Gail Simone got permission from DC Comics to share this cover image for the second issue of Plastic Man on Facebook this morning. Drawn by Bilquis Evely, it’s an image that captures something not too many Plastic Man stories have done since creator Jack Cole’s heyday. As Simone pointed out, he’s usually portrayed in a manic fashion, but Evely’s image has confidence and calm in his powers. I’ve said it before — read the best of Cole’s stories and you’ll notice that Plastic Man is almost the only sane person in an insane world. His goofiness isn’t exactly an act; it’s a natural reaction. Evely gets it. Simone does, too. (And since it’s already on the stands, let’s shout out to Jeff Lemire getting it in the extremely fun The Terrifics.) 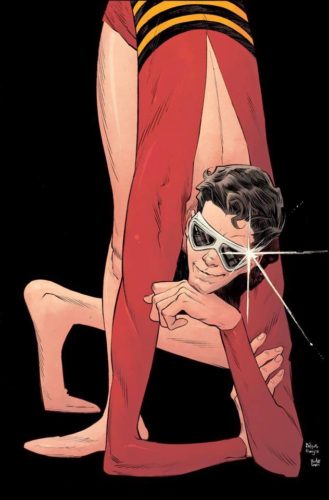