On a Vincent Price kick this month — ’tis the season, after all — and I stumbled across a UA film “adaptation” of Nathaniel Hawthorne’s Twice-Told Tales. Let’s put that loosely because though the anthology film has three stories that have some elements of Hawthorne’s original works — only one of which actually appears in the book Twice-Told Tales — it’s also clear that UA was trying to duplicate the success AIP was having putting Price and Boris Karloff in Edgar Allen Poe “adaptations,” so it walks a weird line between the haunting judgment of Hawthorne’s work and being mostly about haunting. 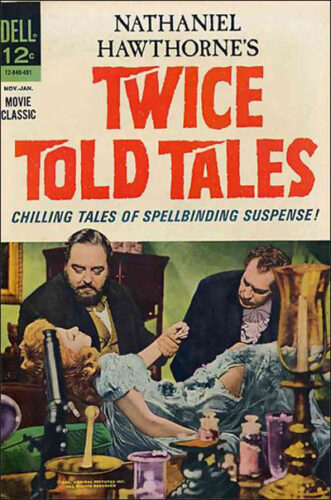 But what really caught my eye was the casting in the first story, “Dr. Heidegger’s Experiment.” A classic about a scientist discovering a temporary fountain of youth, the film features Price with Sebastian Cabot as two very old friends with a tragic past. While both actors begin with old-age make-up of reasonable success, it struck me as they bantered: they look like Cain and Abel of DC Comics’ House of Mystery, House of Secrets, PLOP!, and Neil Gaiman’s Dreaming. And as Twice-Told Tales was released in 1962, it seemed possible. (And there’s also a Dell Comics adaptation, which might be interesting to track down when we all can frequent dealers again.)

The real truth ended up being cooler. Editor Joe Orlando actually designed Cain after the young long-haired comics writer Len Wein, and a year later, when introducing Abel, based the horror host on his own assistant Mark Hanerfield. Yes, Len has immortality as the co-creator and writer of characters like Swamp Thing and Wolverine, but it seems weirdly appropriate that he also lives on as a caretaker in a corner of the Dreaming.

I’m sure Len and Hanerfield didn’t look so perfectly like that every day, but those photos of them dressing up as the characters are pretty cool.

What other Vincent Price movies have I watched? The Last Man On Earth (the best film adaptation of Richard Matheson’s I Am Legend), Theatre of Blood (Shakespearean-themed murderers that also give Price the chance to deliver some of the best soliloquies), The Abominable Dr. Phibes (it just must be experienced), The Fly, and Dr. Goldfoot and the Bikini Machine. Oddly enough, that last one is the only one out of those that I had ever seen before, heavily in rotation as an after school movie on San Francisco’s ABC station in the 1970s. (Clearly, Mike Myers watched it a few times, too.) Yes, I’m ashamed it took me this long to see these classics. 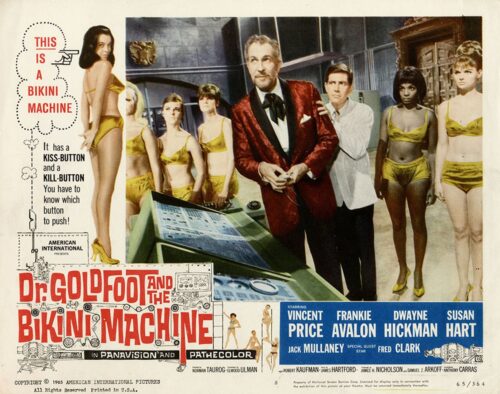 Fanboy Planet is an Amazon affiliate. Purchases made through links on this site may accrue a bounty for us.