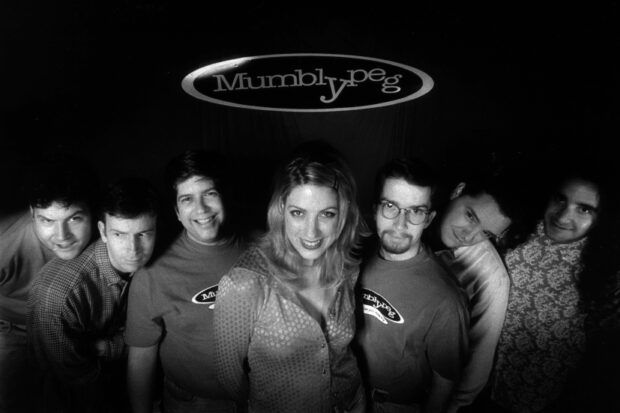 It’s the week before Halloween, so time to post this 1995 sketch about the scariest people on the planet: tween girls! Gale Brennan, John Mannion, Ed Meehan, and Henry Joe Peterson perform in this sketch about a middle school slumber party.

Mumblypeg was a sketch, improv, and musical troupe that performed in San Jose, California from 1993 to 1996. All were trained (and performed) at ComedySportz San Jose. The album was recorded and released in 1995, engineered by Kris Ziakis with Mike McGinn. Photography was by Chris McCaw, and graphic design by Michael Sherman.