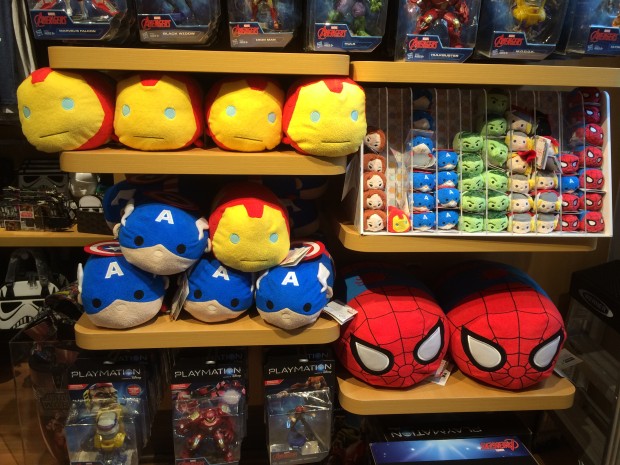 We knew it was going to happen. Disney launched the stackable Tsum Tsum plush toys in Japan — their very name comes from the Japanese verb tsumu meaning “to stack” — after a massively popular mobile game. Favorite Disney characters have been reshaped as pill-shaped squat versions of themselves for children and other Disney fans to stack into pyramids.

Of course they had to come to America. And they have been very difficult to keep in stock at Disney Park Resorts, Disney Stores, and Target.

Corporate synergy being what it is, it was only a matter of time before Marvel Tsum Tsums would appear. At D23, Disney had a few on display. We can now confirm that they’re here, and that quite possibly, you want them.

Spotted in the World of Disney store in Downtown Disney in Anaheim today, Marvel Tsum Tsums of various sizes were photographed and sent to Fanboy Planet. (No, none of us were in Anaheim.) Grab them. Hug them and pet them and call them Thorge. Because the bar has just been raised by Marvel on how ridiculously cute they can make their toughest characters. At least with THIS Avengers collection, Disney and Marvel include Black Widow.

Seeing these, of course, brings up the question — how long before the Star Wars Tsum Tsums? 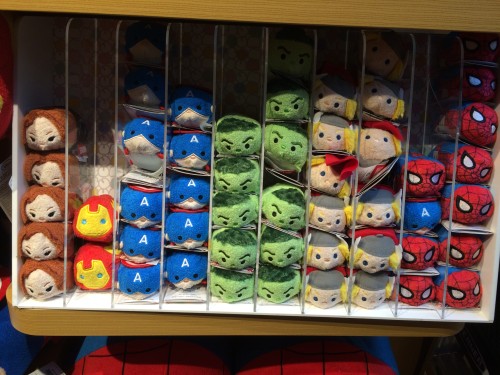 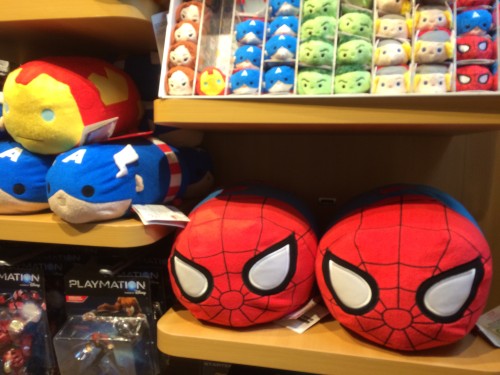 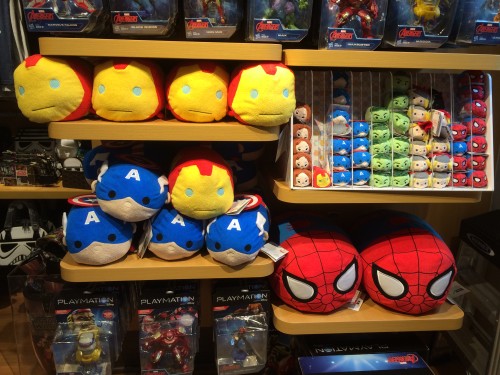