I love these kinds of experiments. Not having a musician write comics, because that obviously has worked out for many books. Just look at The Umbrella Academy. But that there’s an album coinciding with it? That’s extra cool.

But I’ll admit other than conceptually, I have no opinion. I like the art provided here, but I don’t know Eddie Argos’ music, nor the band Art Brut. The offer is open to enlighten me. Or maybe this graphic novel will be so good I’ll get the soundtrack and fall in love with a new band.

Who knows? And that’s one reason I love reading comics, and why I love the work that Image Comics does.

Written by Eddie Argos—singer and lyricist of critically-acclaimed classic rock band Art Brut—with art by Steven Horry, colors by David Cooper, and lettering by Colin Bell, comes DOUBLE D, an all-new coming-of-age story about a teen who finds power in his shortcomings.

In DOUBLE D (after what is officially The Worst Day Ever) overweight bully magnet Danny Carter discovers he can use his excess body mass to fuel superpowers. Obviously he’s going to be a superhero and fight crime, but when you’re fifteen years old and you live in the suburbs it’s not quite as easy as expected…

This all-new original graphic novel is set to coincide with a recorded soundtrack album, featuring Mark Hefferman and Grant Purser as well as Argos and Horry, and will be released on Post/Pop Records in late November/early December.

“I thought rhyming things was my favourite pastime, turns out I love writing comics just as much! I’m as excited about Double D coming out on Image as I was about “Formed a Band” coming out on Rough Trade,” said Argos. “There are so many great comics on Image that every time I remember a new one I start jumping around the room because now we are label mates.”

Horry added: “Being an Eddie script, Double D is as funny, heartfelt, and true-to-life as the best Art Brut songs. Well, as true to life as a story about a teenager with superpowers can be. And to work with people as talented as Colin Bell and David Cooper has made the whole process an absolute joy. Roll on the next one!” 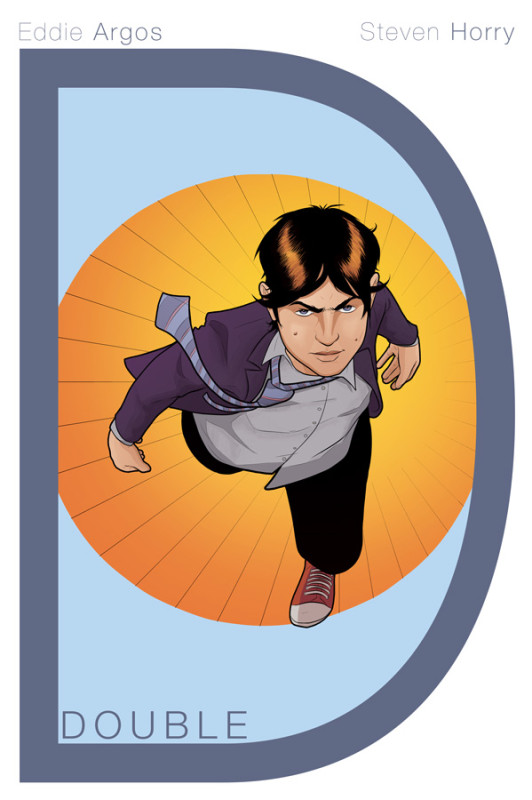