After releasing the trailer last night and causing a huge internet kerfuffle — and not showing enough Black Panther — Marvel Studios has released the first posters for Captain America: Civil War. And I kind of hope they stop right here, because they’ve broken the mold a bit from the usual marketing. I don’t want individual character posters dotting the local AMC or Regal or wherever you go see movies; I just want something that grabs my attention. Maybe Marvel has taken a look at how much terrific fan art there has been creating posters for movies like Guardians of the Galaxy — plus the fact that Mondo has been doing great limited edition posters for years. (I treasure my Captain America: The First Avenger Mondo poster.)

Okay, so one character poster is okay — because it actually gives a tagline, and you’ve got a reflected Iron Man. This isn’t just a “look at Chris Evans being cool” (though he is) — it tells a bit of story. 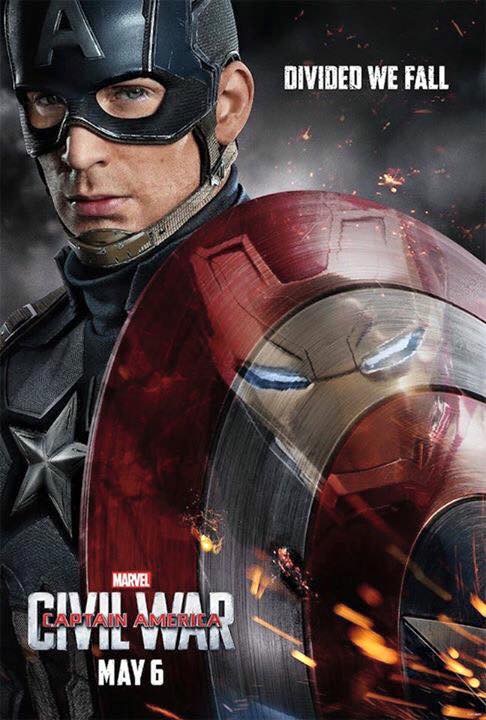 Same thing with Chris Evans and Robert Downey, Jr. face to face. We’ve got the stars, we’ve got the reason people want to go see this thing, and we’ve got a little design work here, too. 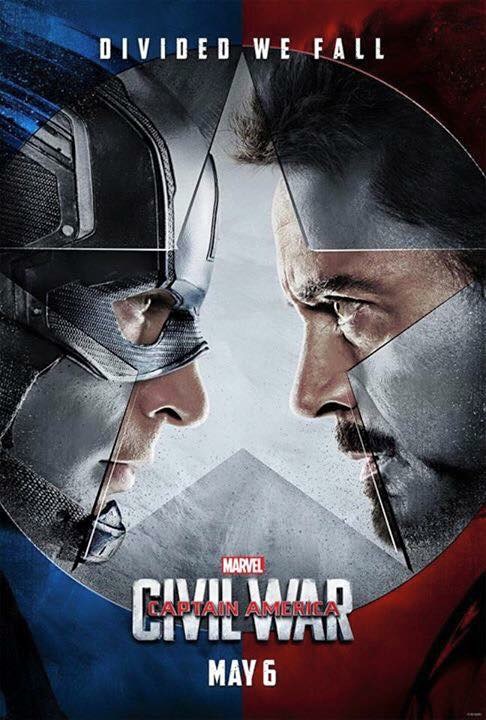 And lastly, one to get the kids totally on board with this movie (in case they weren’t already): 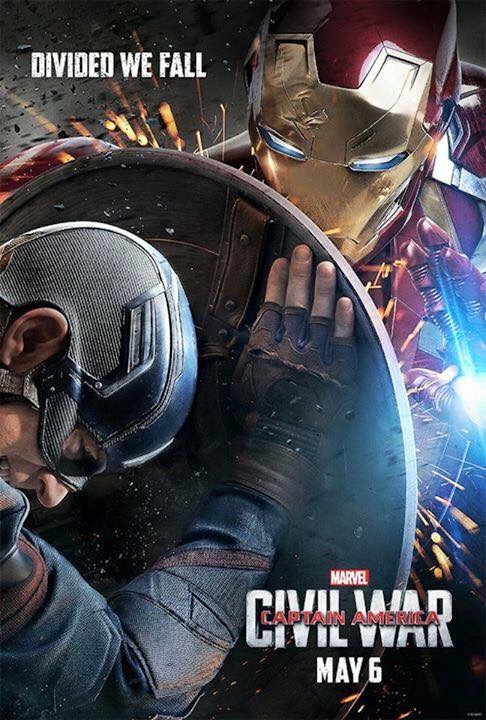 It’s enough. I’m sold. And I also like the apparent motivations from the trailer — is Bucky reformed? It’s completely true to where Captain America was left at the end of The Winter Soldier: he’s going to do anything to save his friend. Tony Stark whining that they were friends once? Well, Tony, you accidentally created this little thing called Ultron without telling anybody, so… friendship seems relative. I like it. What an epic.