In my constant search for the perfect cheap game, I stumbled across this little gem. My Lady promised to be a short story about romance and intrigue.

Intrigue? In droves…because I will show you the first four screens of this game right here. 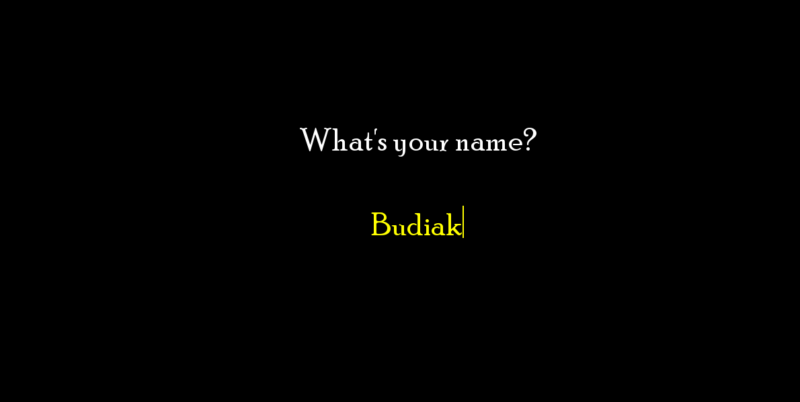 Normally when a game asks you your name, it actually asks you what your name is. And I’m usually like “Ok, game, I’ll share that personal information with you. Here’s my name. Game. Take it. Take it and control me with it.”

But normally, the game takes my name and attributes it to an apex predator of some sort. It slaps it on Dai Katana’s Superfly Johnson, hands me a pair of mini uzis, a pair of 300-round magazines, and an endless supply of zombie Nazis to blast. And I blast them. I blast them but good.

Not this game. This game takes your name and thrusts you immediately into your new body, that of a teenage cockney lass. I just found out something I never knew before I started playing My Lady. I found out that I am an absolute bombshell. 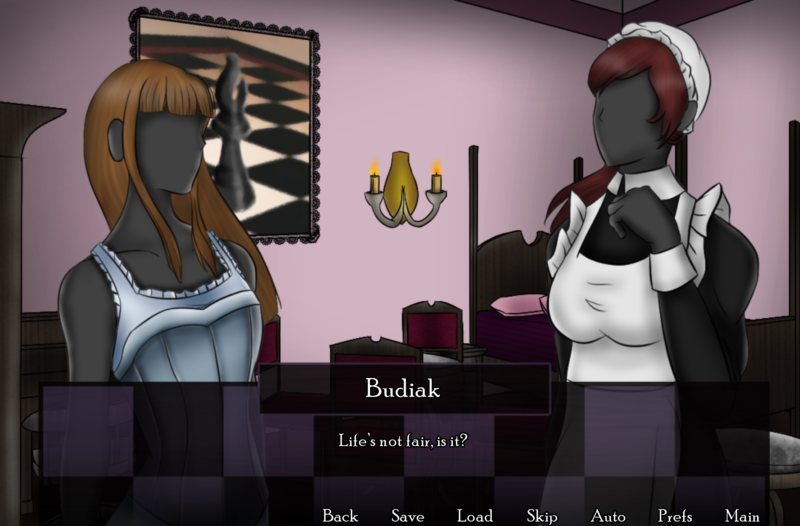 It starts with you standing across from your doting lady servant, who shouts at you with the eloquence of Rosie Perez, in the most elegant English accent you can find at Inglewood High School’s drama department.

After a painful exchange with Sophie the maid, Alexander walks in. 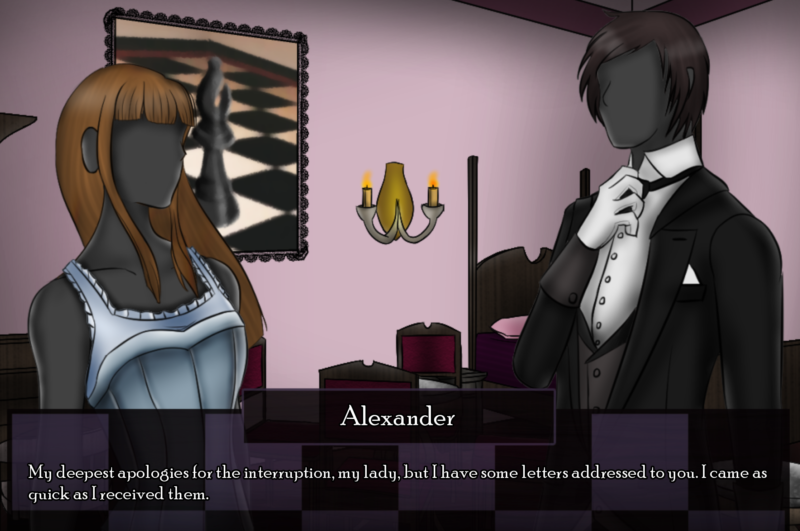 There he is. The man I named to be my love. At this point, I am not only hanging on desperately to the game’s premise, but I now have a tenuous grasp on my own sexuality.

Also, Alexander happens to speak like an upper-crust Midwesterner.

I soon learn that I am quite the hot commodity. 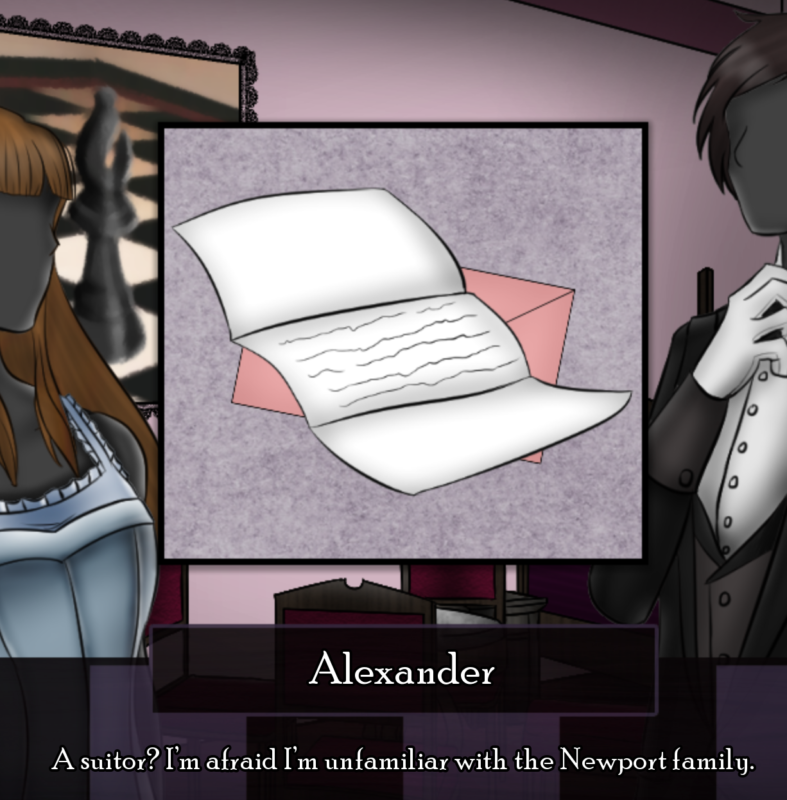 Is this how people used to actually date? They sent letters to people they didn’t know?

After some small talk, the game gives me an important choice. So, I say what any man would say if transplanted violently into a statuesque female form. 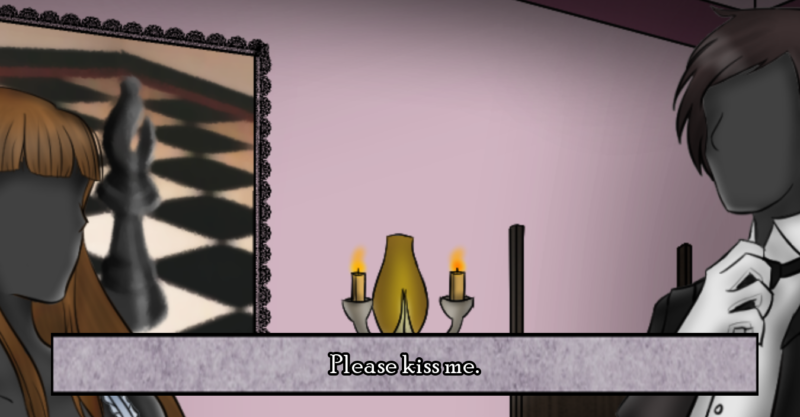 I know I’m pretty new to being a female. Hell, I’m brand spanking new to it. So I think to myself, “I guess I would just act like myself if I were a woman…right?” So let’s go for it. Let’s end the games and get down to business.

The majority of the game plays out similarly. Strangely enough, my first day as a woman is not going the way I assumed. See, the point of My Lady is to try to bed a young man. Now, as a fetching young woman, you would assume that all you have to do is strike the right pose at the right time (or the wrong pose, at the wrong time, or any pose at any time, it doesn’t matter) and the dude will throw himself at you.

Oh, oh how wrong you are. See, My Lady exists in an insane section of the multiverse where men are all apparent eunuchs, and women have to chase relentlessly after them.

Oh, world! What a hideous beast is woman! Oh God, if just a single man could summon his primordial lusts for but a single moment!

Of course, it will take hours of clicking, reading, and unforgivable accents to figure out whether or not Budiak can land a man.

The game plays out almost identically to the way Hustle Cat does, in the way that you are treated to a static image while forced to click through tomes of dialog. Much like Hustle Cat, there are precious few decisions to be made, and few of those decisions are of any consequence.

After a while, once my clicking finger was well warmed up and I could really take in the art direction of My Lady, I started to understand why the characters took the likeness of dress forms. In a brilliant attempt to conceal a lack of drawing skill, the game’s most interesting stylistic choice was born. How do I know? Look at the rest of the graphics, like this piano: 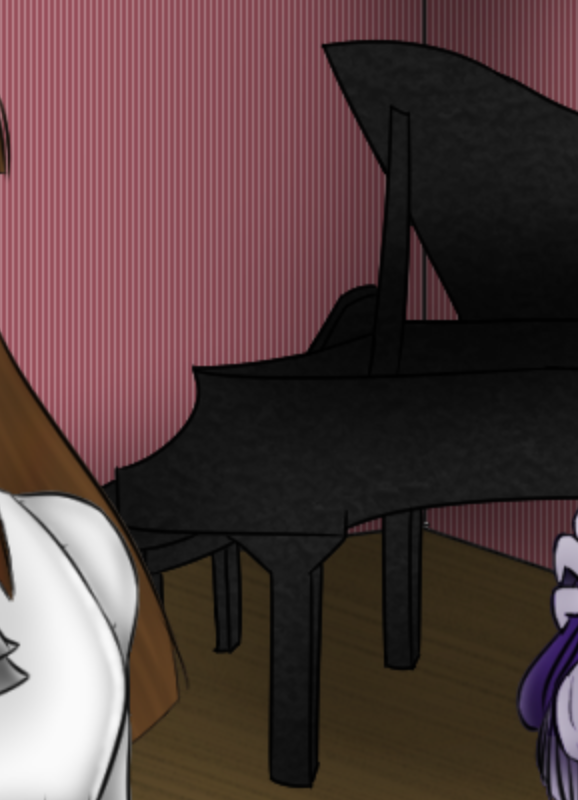 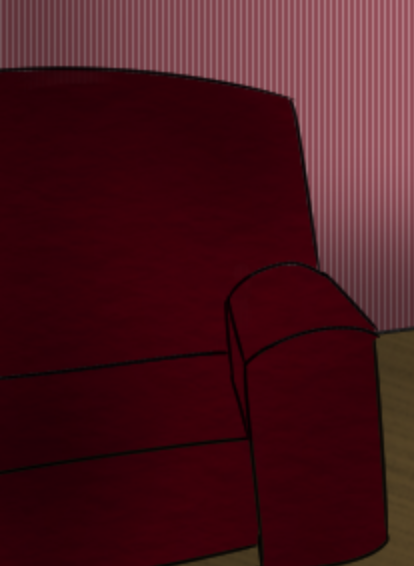 Perhaps the most telling is the hand. The real test of a great artist is how they draw hands. A million years ago in art school, I heard that great Italian and Dutch masters would sometimes hire other artists to come do the hands in their paintings. This is what happens when you don’t open your wallet to cover the hand guy: 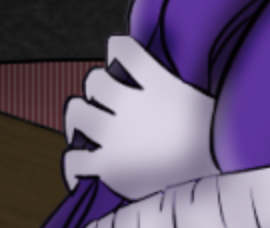 Of course, graphics, as I’ve said in the past, are often a way of disguising an otherwise bland, plotless, visionless, boring game. However, did you realize that the worse your game is, the more people tend to notice the graphics?

In fact, if your game is really great, like Minecraft, they may even create a new visual genre based on your graphical style, even though it looks like a glaucoma-blinded chimp did the art?

All of this focus on the graphics made me forget for a moment that I was playing a game, when this gem is sprung on me…

I am playing a seventeen year old girl! This is some seriously bad juju.

And as soon as I had that terrible realization, the game took a turn. 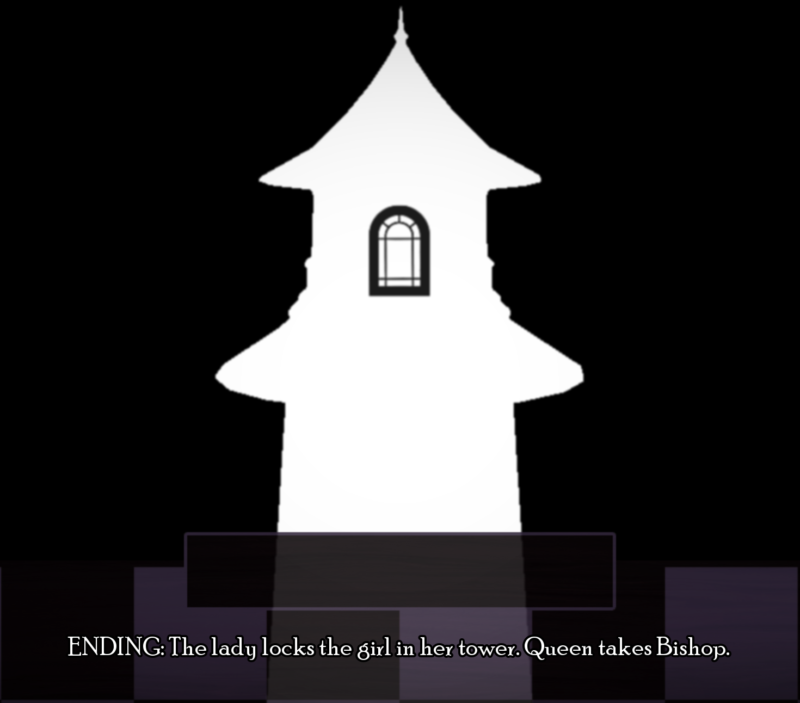 I lost. I guess. Or did I? See, my mother had arranged a marriage for me. The entire proposal happened to a black screen, with more clicky-ready action.

The ending seems to be a visceral, metaphorical statement on how love and relationships play out like a skilled game of chess. Ah, yes. That would be a brilliant metaphor indeed. Of course, the game I actually played here was NOTHING like a game of chess…mainly in the fact that a game of chess consists of choices. Thousands of choices. In fact, choices are just the beginning- because with those choices comes judicious sacrifice, assumption of risk, the hope of reward, and feigning incompetence to expose your enemy’s impatience. My Lady on the other hand, has shamelessly used chess imagery where it just doesn’t belong. There is only one other mention of chess stuff twice in the game, both in cryptic letters sent to Budiak, but neither of them seem to make sense in the context of the game.

Now, I am fully prepared for the possibility that a minor detail eluded me during my playthrough, but the absolute lack of player input renders the attempted symbolism completely flaccid. Perhaps if I had some sort of influence on the game, you know, as if I were actually playing a game, the whole chess shtick would be more impactful. When it is thrown at you in an attempt to force depth in a game so shallow it couldn’t drown a Chihuahua, it is downright condescending.

OR, a game could play itself out in spite of the players- a cloudy, somewhat confusing, and relatively benign expenditure of time that requires very little of the player, and delivers even less.

So, here we are. I lost because I did not marry Alexander. Should I feel some sort of remorse for not doing so? Furthermore, how much time should I give to internally debate whether or not it is possible to marry Alexander then the last substantive choice you make is whether or not to lie to your mother, and both of those decisions result in an arranged marriage?

The answer to that question is, of course, zero. Zero time. Because I’m a man, and if I don’t get what I want immediately, I move on to the next thing, angrily.

My Lady comes across as a game that promises a complicated web of relational turmoil, but plays more like a harried fever dream that you watch rather than play.

If you’re a big fan of Hustle Cat, or other games that involve mindless clicking, reading simplistic dialogue, and endings that come about without any input by the player, then this is the game for you.