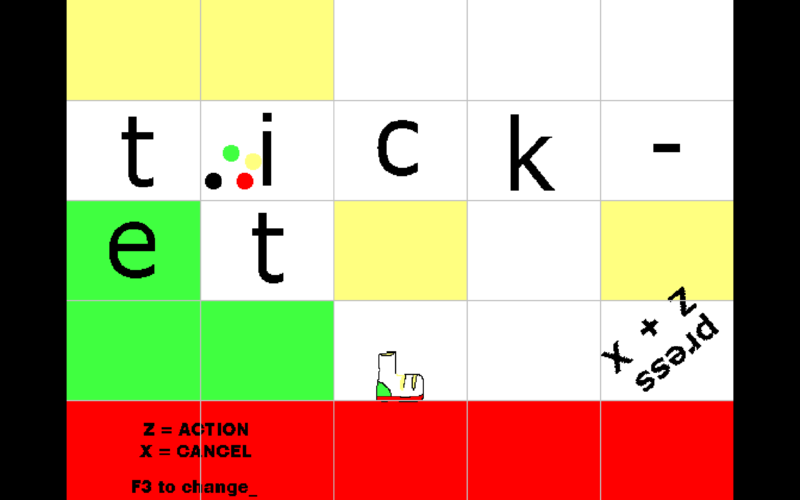 Ticket is the most insane game I have ever played.

The game is, like most cheap games, seemingly simple in scope. You play a sneaker which must navigate its way through a series of increasingly bewildering situations. You know. Just like in real life. Because in real life, sneakers often find themselves in quite a pickle. It’s the duplicitous edge upon which all shoes must tread (get it?).

First off, it’s pitched by an oddly ebullient and creepy salesman, as evidenced on the ad that they chose to upload to Steam. Shot with a 20 year old webcam, recorded in a bona-fide fruit cellar studio.

Look at the advertisements. They play like a rejected skit from Tim and Eric Awesome Show, Great Job! skit. 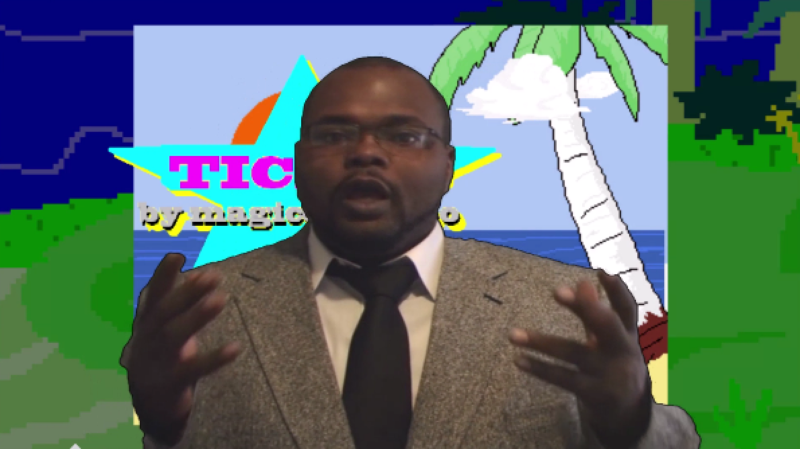 Ticket, at its core, is a platformer. As a lost left shoe, you must find your way through levels that are at times straightforward, at times confusing, maddening, disorienting, and obfuscating. Always, though, they are utterly ridiculous and mentally challenging on core level. Have I used to word “maddening” yet? It’s maddening (like Steve Madden? Get it? Shoes?).

This one, for instance, is the level you go to when the shoe dies. Yes, by the way, shoes can die. And then they go to a sort of shoe purgatory where they must find the light at the end of the whatever, and then they keep on…shoe-ing. 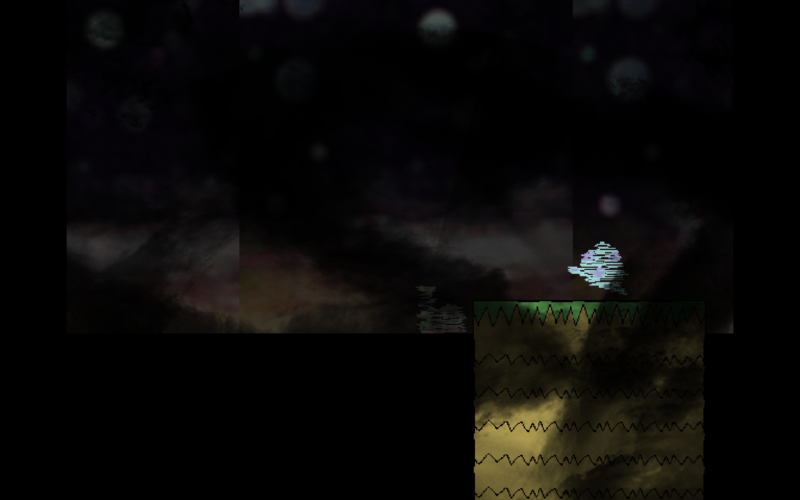 Throughout, you collect little block-ish items of various shapes and colors. I have not yet found a real purpose for them, except that they tend to show you which way to fall when you have no idea what is offscreen- the path of baubles guide you toward a spring, platform, or thingamajig. That there was a pro tip, and I gave it to you for free.

In this “bonus level”, you spend the entire level bouncing around collecting these seemingly useless trinkets. 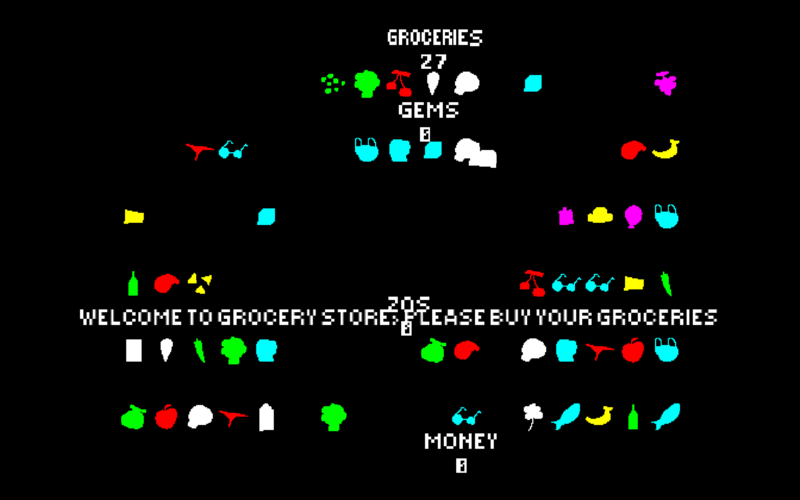 All those cherries and…broccoli and…fish? I’m not convinced any of it actually does anything.

Listen, let’s get real. This review is not going well. It has taken me about a month to put this together because it is difficult for the human brain to externalize a certain level of intellectual turpitude. It’s why we military types have PTSD- you feel like nobody can relate to you, so you squash it down deep until it erupts. I may not be properly communicating how bizarre this one actually is because I am unsure of whether or not anybody who has not played Ticket can actually digest it. How can I explain to someone what happens when a shoe cries? 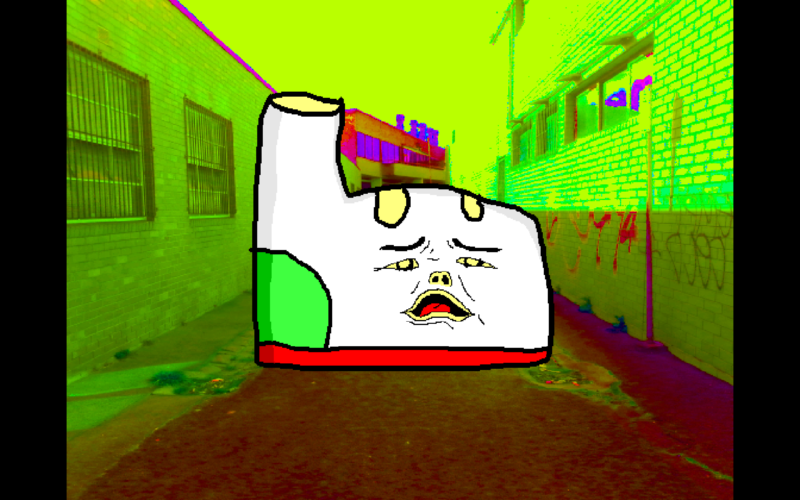 See? You have no frame of reference.

Before I go on about how absurd and emotionally distressing Ticket is, I need to inform the audience here that Ticket is as engaging and amusing as it is infuriating. While environment does not tend to make games great, and can often mask a game’s contextual shortcomings, the environment in Ticket affect the player in ways that the backgrounds of platformers don’t. See, most platformers try to paint a beautiful picture for you like a digitally warmed-over Chuck Close. In Ticket, the atmosphere does absolutely everything it can to make the game harder. 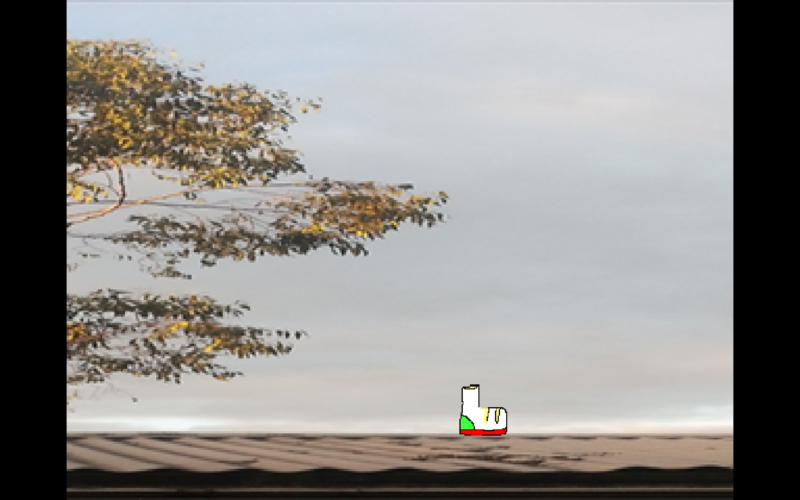 You don’t interact with the background in any way. Like the way this old man’s ramblings have absolutely no bearing whatsoever on your completion of the level. 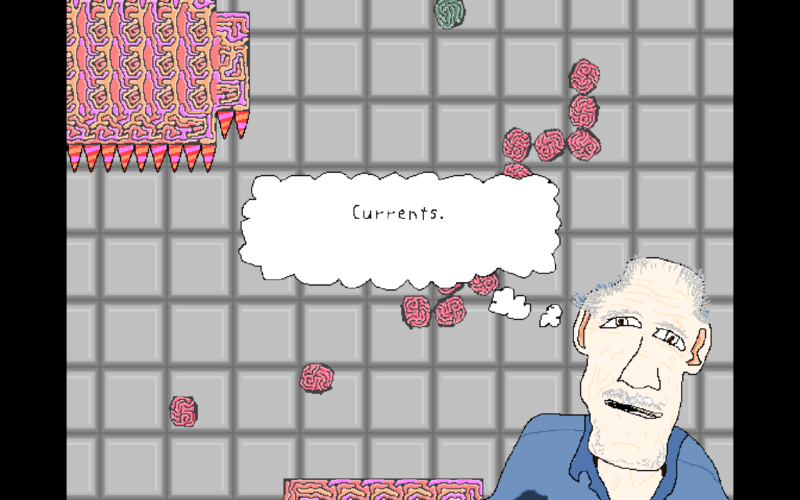 Or how this level simplifies the interface to the point where the physical change manifests itself into a change of the game’s very gameplay mechanic. 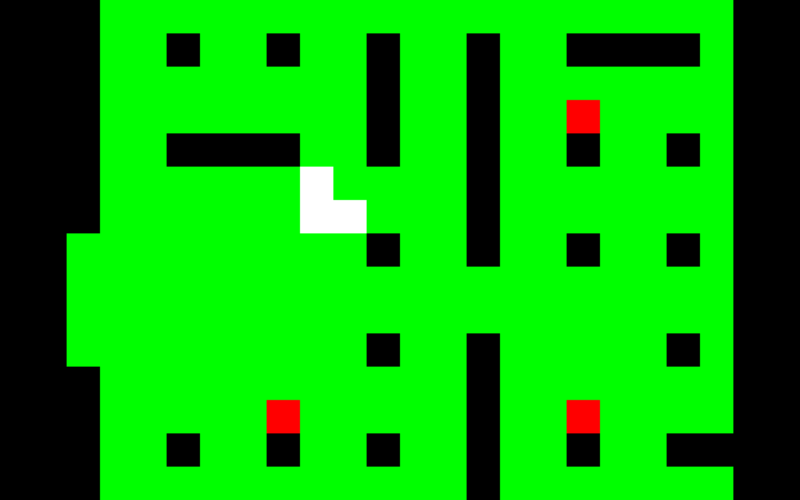 However, for the sadistic MAGICDWEEDO folks, they have built in an interesting feature. It allows you to pass a single level. One level. That’s all you get. I think. I can’t be sure about anything anymore.

Ticket has an odd way of mixing ingenious level design with baffling gameplay. At times you don’t know whether you are trying to choose a stage to play or if you are actually playing the level itself. If Ticket has accomplished one major feat, it actually made me question my very existence. That is, I died while choosing a level. At least, I think I did. 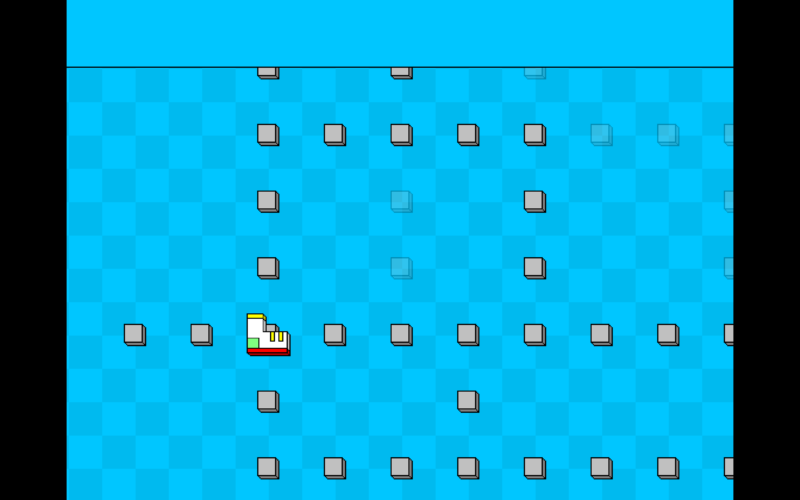 If there is one single failing of Ticket, it is that it so often falls into the trap of many bizarre platformers in that you must essentially replay certain levels until you memorize them — the ol’ “just keep chipping away at it” style of gameplay of which I am not incredibly fond. While some portions of the game seem straightforward (but are not…trust me), others are straightforward, but rely on muscle memory and sheer reflex action.

Sound effects and music in Ticket are eerie and oddly appropriate for the atmosphere. This is one of the few games I’ve played in the last few years where I did not immediately turn the music off after starting. Graphics are horrendous on the face of it- but they lend to the decidedly low-rent bailiwick that makes Ticket so endearing. In fact, it is so low-rent that you may be fooled into thinking that anything in this game was done out of lack of skill. Oh no, quite the opposite. Whoever made Ticket is an absolute mad, evil genius. We’re talking evil genius on the level of Dr. Caligari, Dr. Moreau, Dr. Marten (get it?), or even Andy Kaufman.

In the end, for as frustrating as it is, Ticket must be seen to be believed. It is one of those rare titles that perfectly marries simplicity, complexity, heroic doses of peyote, and door-punching anger into a single surrealist nightmare that must be seen to be understood. You need to play Ticket because I can’t be allowed to be the only one to experience it.

At this point, I actually suspect that my entire experience with Ticket has all been one monthlong hallucination. This review is real- but when you go try to find the game to play it, it won’t be there.  And I’ll be all alone forever. And then when I realize that I’m all alone and I have all the time in the world to read all these books, I’m going to break my glasses.

That’s how Ticket makes me feel.