Tommy Silver faces a judge, jury, prosecution, and defense that are all shards of himself. On trial for his personal trauma, it seems impossible that he can win the case. Why? Because in the courtrooms of our own minds, the system is corrupt. But as an audience to Tommy’s guilt, we can’t look away because the choreography is so good.

Yes, Tommy Battles the Silver Sea Dragon isn’t just a psychological drama, it’s a rock opera. Written, directed, composed, and starring Luke Shirock, this film is one of the most ambitious pieces you can see at this year’s Cinequest. Clearly a personal film, though not drawn from Shirock’s life, it’s at turns dark, giddy, romantic, and thought-provoking.

Tommy blames himself for the childhood death of his brother and by extension, his mother. The crimes have piled up. But all is not as it seems. Once the prosecutor (David Andrew McDonald) introduces his central piece of evidence – a floor-sized apparent suicide note from Tommy’s girlfriend Carolyn (Celine Held) — we flash back to Tommy’s high school days and the moment he first fell in love.

The couple flirt, they fall for each other, and then reality sets in. Except this is all set to a lush score, so reality still has an aura of unreality. Shirock has directed with a sense of whimsy, even when he’s covering the dissolution of a relationship. Though Tommy sings his inner feelings, it’s also clear that the undeserved guilt he carries has blinded him to what those feelings are. 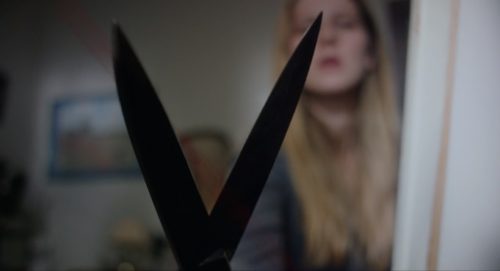 And then there’s a sequence that will stick with me a while. It’s a musical set piece that has even more resonance in today’s climate than it must have when Shirock shot it. Though this film may not have meant to do it, Shirock has contributed a small segment to the #MeToo movement. Excellently staged, the number that starts on an elevated train is threatening, unsettling, and yet almost a throwback to West Side Story.

But this isn’t a classic musical; as I said, it’s more of a rock opera. Despite his title, Shirock does not see The Who’s Tommy as an influence. Stylistically, it owes a bit to The Wall, and musically, there’s DNA from Queen and (at least in my mind) Richard O’Brien’s Shock Treatment. McDonald’s prosecutor occasionally delivers his lyrics hearkening back to the Moody Blues’ “Painted Smile/Veteran Cosmic Rocker.”

As a protagonist, Tommy isn’t easy to love. But Shirock is easy to admire, and Tommy Battles the Silver Sea Dragon is a surprisingly assured debut feature. 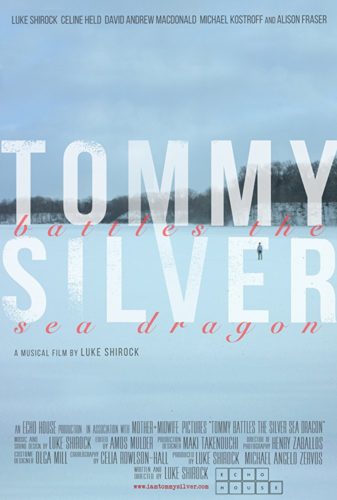