1 in 25 people is a sociopath. That’s not a random factoid to be funny; it’s a citation from Harvard psychologist Dr. Martha Stout, in her book The Sociopath Next Door. It seems like a scary statistic, but for The Mimic, it’s a piece of the engine that drives a funny and heartfelt film. And it drives The Narrator (Thomas Sadoski) into fits of uptight paranoia.

That’s because he counted, and the guy he calls “The Kid” (Jake Robinson) stares just a little too intently, while working really hard to just mimic the needs of the people in whatever room he’s in. Somehow, that included the need to snort cocaine in the Narrator’s attic with his dog, which brought them both crashing down to the floor below. That incident, writer/director Thomas F. Mazziotti claims, is actually true. And that inspired The Mimic.

What follows is a unique portrait of a possible sociopath, as The Kid really just wants to be accepted by the Narrator. He thinks he has made a friend, while the Narrator considers him a mystery to be solved to pull himself out of his own looming and largely unresolved grief. Neither the characters nor their creator allows this to tip either way into frightening or maudlin; it’s just compelling and often extremely funny. 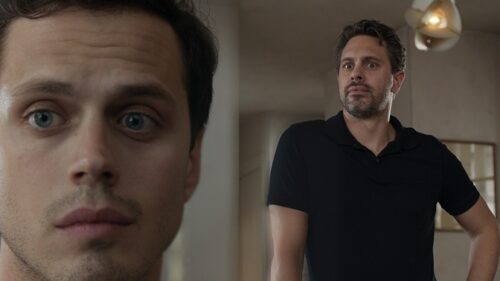 Mazziotti has constructed a script crackling with witty repartee, the kind you achieve on your best day but most often a couple of minutes after you wish you had. Both Sadoski and Robinson have a taste for it, delivering dialogue with rapid-fire rhythm, yet allowing it to breathe. There’s presence here, and most of The Mimic would make a good stage comedy.

That’s not to say it’s stagebound; Mazziotti the director serves his writer self well by playing with the possibilities of film imagery. The Kid often sees himself not just in black and white but in a black and white movie as he tries to make sense of human interaction. 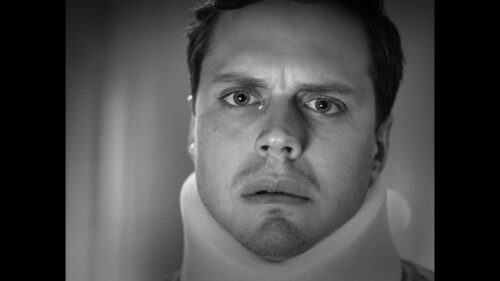 Though the film belongs to Sadoski and Robinson, it’s also sprinkled with fine character actors. (Mazziotti does not write throwaway parts.) The local newspaper is run by Jessica Walter, Marilu Henner, and Didi Conn, and Gina Gershon makes a memorable appearance. Any movie that finds room to let Austin Pendleton threaten to steal it is just aces, as he offers his own rhythm to counter Robinson. Then M. Emmet Walsh shows up as… that would be telling.

The Mimic is a surprise. It’s a movie that feels like the way they don’t make them anymore, except they never made them like this. It’s smart, savvy, sentimental, and sharp when it needs to be. Though it borrows from many things that came before it, The Mimic is its own unique creature. 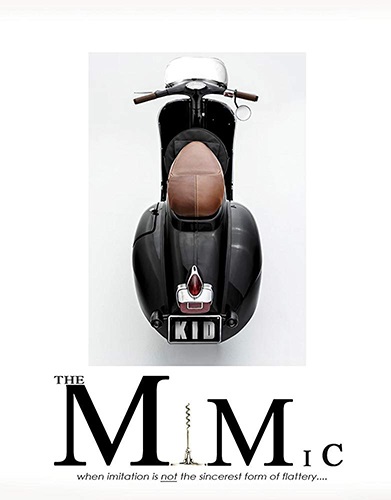