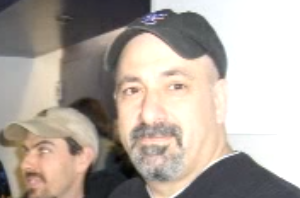 Originally published in March 2007, this footage from WonderCon seems like a simpler time, when not every fan knew who everybody was by sight. (And WonderCon was still in San Francisco.)

With Dan DiDio having been forced out at DC last week, it’s worth going back to this moment and remembering that no matter what, he was good to fans, is a fan himself, and… notice he’s joking about the DC booth being so small (which, yes, it was at WonderCon). This past summer at Comic-Con, DC didn’t even have a separate booth from Warner Bros.

Before moderating what had to have felt like his thousandth panel that week, DC creative honcho Dan DiDio stood in line with the fans. Some recognized him; some did not. While Derek sat in on the Pixar presentation, crusading Planeteer Ric Bretschneider thankfully was one of the few that recognized DiDio, and caught this footage.

People, know your talent. That way, when they pull stunts like this, you can be an insider…