It’s two weeks before the start of World War II. As schoolgirls take their exercise on a British beach, one of their teachers finds himself briskly pursued by malevolent men on the boardwalk. The girls take their formation, and next we see of their teacher, his empty hat is blowing into the sea. As it turns out, every one of the girls is the daughter or goddaughter of members in the Nazi high command. It’s a tense set up for a thriller, and based in truth — such a school did exist in England, with such a student body.

Whether British secret service considered it a threat to national security may not be known, but it sure makes for a cracking script co-written by star Eddie Izzard and Celyn Jones. Teamed with director Andy Goddard, they’ve fused the taut suspense of the best of Alfred Hitchcock with a light dusting of modern sensibility. Maybe if Hitchcock had directed Dead Poets’ Society, he’d come close to Six Minutes to Midnight.

Izzard plays Thomas Miller, who shows up to be the new English teacher. Miller’s father was German, so with all the growing hostility between nations, neither side really trusts him. But it comes in handy that Miller speak German fluently, as his young students discover they can’t gossip behind his back. As he bonds with them, he discovers they may be completely innocent though occasionally mean. But somebody involved in Miss Rocholl’s (Dame Judi Dench) finishing school can’t be trusted. Is it the German-speaking bus driver, Charlie (Jim Broadbent)? Or is it Miss Rocholl herself? Highly placed in society and very conservative, it’s clear that she has admiration for Herr Hitler, but is it enough to call him Der Führer? 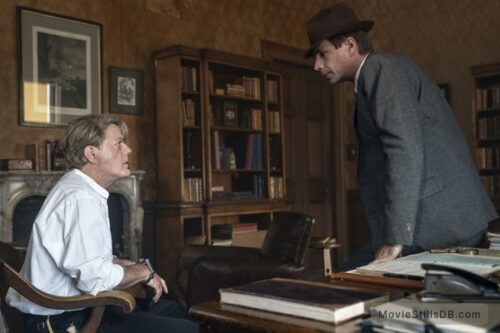 The film is more controlled than that last paragraph, with suspense building and carving a place alongside films like The 39 Steps and The Lady Vanishes. Goddard doesn’t waste a shot, and even in lighter moments the tension never really dissipates. In the best sense, it’s all so terribly British, and calls to mind Izzard’s comedy routines about how the British play out action films, but never crosses over into parody. If there’s a wink, it only says, “you’re hooked,” especially when the third act turns to the genre’s “wrongfully accused man” trope. It may be familiar, but it’s still great.

If you’re surprised to find out that Izzard is an effective dramatic actor, then you haven’t followed her career outside of her fabled stand-up. Still, she’s rarely been allowed to carry a film so squarely, and with the strength of this material it’s almost more exciting to wonder what she’ll write next. Dench is, of course, Dench, and as the other teacher Carla Juri holds her own with velvet-wrapped steel. James D’Arcy pops up as if he were born to be a 1938 government official. 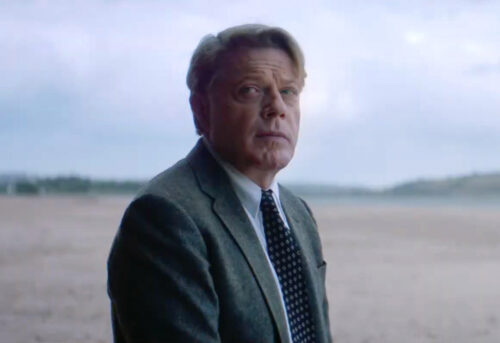 When someone says they don’t make ’em like that anymore, they’re wrong. Six Minutes to Midnight is deft, assured, and with apologies to Eddie Izzard’s joke about British cinema, absolutely worth devouring popcorn while watching. Except you may find yourself so wrapped up you’ll forget you have popcorn in your hand.

Six Minutes to Midnight screened once at Cinequest after co-founder Halfdan Hussey presented Eddie Izzard with the Cinequest Maverick Spirit Award. The film opens to wider US theatrical release on Friday, 3/26/2021. 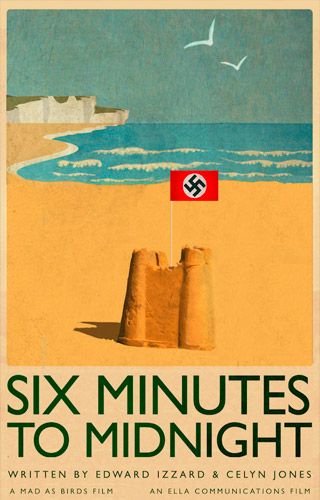