We owe nothing, really, and vice versa, because whether you liked Zack Snyder’s Justice League or not, the world has moved on. But Snyder’s impact on the loosely-connected DC Extended Universe will last a few more years. The films may change in tone depending on how Warner Bros. executives respond to the last thing competition did, but it’s Snyder’s casting choices that have value — and I want to make the case for how good he actually was at that.

(Also, if you really want to see what would have happened next in the Snyderverse, the best solution moving forward is to turn to DC Comics and — politely — lobby for a Justice League ’17 book. They’ve done Batman ’66, Batman ’89, Wonder Woman ’77, and Superman ’78.)

Superman: Snyder seems to be one of the many, many people who do not understand how Superman could just be selfless based on his upbringing. This isn’t a reflection on Snyder as a person. I’ve had quite a few friends — some even in the comics industry — who believe that Superman would just take over the world (as he does in the Injustice world) and keep everybody in line so that he could get some fascistic peace. At least Snyder does understand that eventually Superman would have to become the unquestionably selfless character DC (usually) publishes. 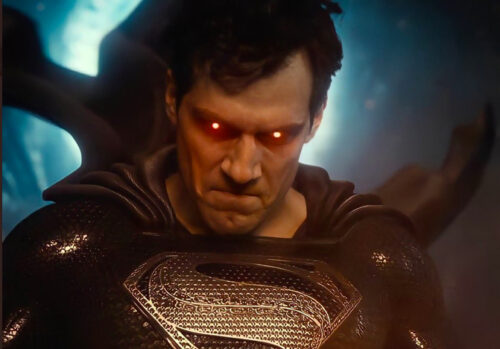 Could Henry Cavill be the Big Blue Boy Scout that Lex Luthor despises (and also doesn’t understand)? Yes. One thing Joss Whedon shot for Justice League proves it — the theatrical opening shot of children interviewing Superman for YouTube (ignore the weird upper lip). Cavill could be a great Superman, not just Snyder’s Man of Steel. Though Ta-Nehisi Coates’ in development script for Superman will feature a black character in the role, it’s likely Calvin Ellis, an alternate universe Superman (who deserves his own book). If fans remember their movie development history, Ellis has cropped up as a possible movie before — actor Michael B. Jordan was courted by Warner Bros. to play Superman, and he, too, wanted it to be Ellis. So there’s room for both Cavill and Jordan to exist in future DCEU films — and Cavill himself has expressed frustration that he hasn’t yet been allowed to play closer to the gold standard: Christopher Reeve. (Silver standard tie between Brandon Routh and Tyler Hoechlin.)

Batman: Ben Affleck is the bomb, yo. Though Warner Bros. has moved on with Matt Reeves’ The Batman starring Robert Pattinson, Affleck will reprise the role of Bruce Wayne/Batman in The Flash. He’s been obviously great in both versions of Justice League and in Batman v Superman. He may be done with the role, but the shadow of the Batfleck will live on for quite a while. 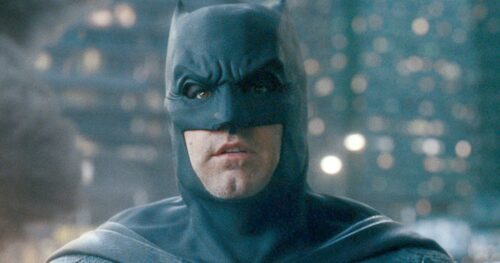 Wonder Woman: While Gal Gadot may not have replaced Lynda Carter in older fans’ minds, she was an inspired choice for the 21st century Wonder Woman. Wonder Woman 1984 may not have been the fan favorite DC Films hoped it would be, we’ll still see Gadot in whatever they call the third Wonder Woman film, and director Patty Jenkins has stated that she would like to make a film focusing on the Amazons, who, thanks to Zack Snyder’s Justice League, actually survived Steppenwolf’s attack on Themyscira. We’re here for it. 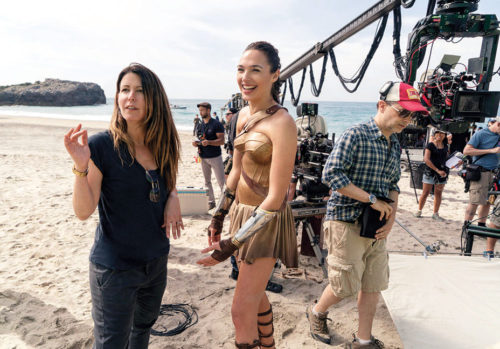 The misstep in Wonder Woman’s mythology may be in the killing of all the Gods of Olympus, though technically that could be seen as sweeping things aside for the Fourth World. It’s possible that we might see that rectified in Shazam! Fury of the Gods with Helen Mirren stepping in as demigod daughter of Atlas, dubbed Hespera.

Aquaman: The only thing I think I completely agreed with Snyder on was that Aquaman is one of the most powerful superheroes in the DC Pantheon — and make no mistake, Snyder treats it like a pantheon. Casting Jason Momoa was an interesting and unexpected choice that later allowed director James Wan to completely subvert the mythos. Momoa looks more like how Aquaman’s half-brother Orin had been portrayed in comics, so Wan countered with an actor who looked more like classic Aquaman, Patrick Wilson. It worked. It was overstuffed. But it worked. Now the question is… does Mera have a British accent? 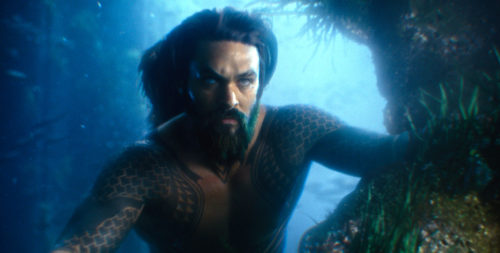 That’s also allowed for another spin-off, which I assume is still in development: The Trench, a horror movie set somewhere to the left of Atlantis. DC Films (or more likely their corporate overlords) have to be happy about that.

The Flash: For at least six months now, Andy Muschietti has remained the director of The Flash solo film, and despite a none too savory incident in Iceland last year, Ezra Miller has remained The Flash all along. And on film, at least, he’s a surprising joy as Barry Allen. In Snyder’s interpretation, Miller gets to play the one thing none of the other heroes get to be, though should be: fun. 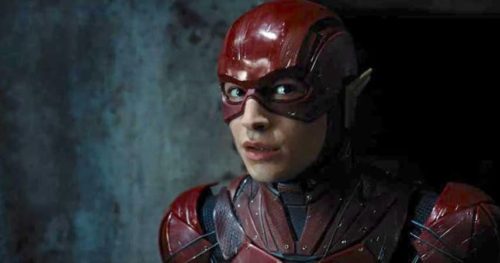 While the upcoming film seems to be opening a door for everything to reboot, that door also includes Michael Keaton returning as the 1989 Batman and… Ben Affleck as Zack Snyder’s Batman. See? It all comes back to Affleck.

Cyborg: Now that we’ve seen Zack Snyder’s Justice League, we’ve also seen the potential in the casting of Ray Fisher as Victor Stone the Cyborg. It wasn’t exactly revelatory — but in Zack Snyder’s version, Cyborg was still much more of a character, with Fisher getting to show much more range. Given the current cold war between Fisher and Warner Bros., we may never see him again. But like Affleck, he’s made an impression on the character. Anything could happen in the years ahead; somebody else could step in at WarnerMedia and shuffle the executive cards, opening the door for Fisher to step through once more. 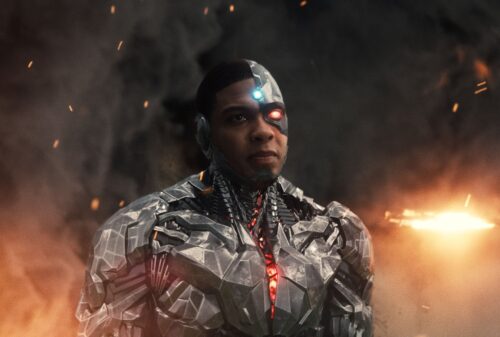 Darkseid: The more I think about it, the less a CG Darkseid bothers me. It’s one way to get across that at heart, the characters of Jack Kirby’s Fourth World are less physical beings than ideas, appearing as whatever the perceiving mind can handle. They’re subjective. Actor Ray Porter, who finally got to be heard as Darkseid in Zack Snyder’s Justice League, handles the role well. 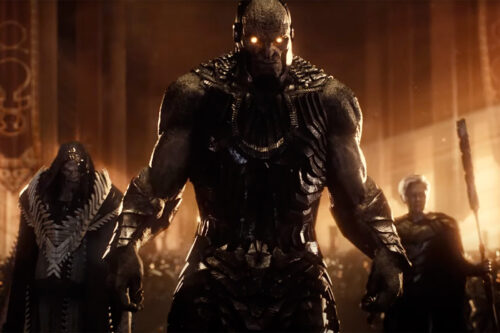 If Ava DuVernay and Tom King’s New Gods project comes to fruition, it’s doubtful that Snyder’s designs will be used. More likely we’ll see it focused on human Shiloh Norman taking over the mantle of Mister Miracle from Scott Free, with Darkseid lurking in the background and looking… who knows? But again, because the perception of the characters is meant to shift — thanks to Grant Morrison — Ray Porter’s Darkseid still is.

Martian Manhunter: You can’t convince me that Harry Lennix was originally intended to be the Martian Manhunter when he appeared as Swanwick in Man of Steel. And posing as Martha Kent (Diane Lane) to inspire Lois Lane (Amy Adams) was just unnecessary and creepy. Still, he could be cool in the role, weaving in and out of the DCEU films the way he has often been retconned in comics. A shapeshifter can be anywhere, except, unfortunately, in the C-Suite of AT&T. 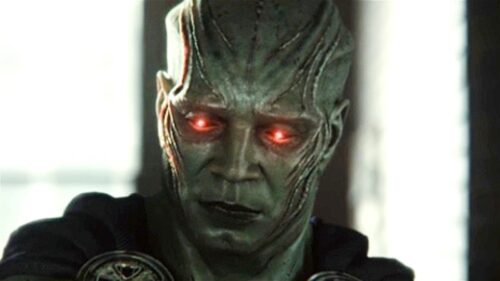 The Atom: Zack Snyder’s cut restores Ryan Choi (Ryan Zheng), the Atom co-created by Gail Simone and Grant Morrison. Here an expert in nanotechnology, this version is here to stay, and should be. The DC Universe has few Asian characters with brand recognition, so though the upcoming Black Adam might reference original “Mighty Atom” Al Pratt from the Golden Age, we won’t see Ray Palmer. Choi doesn’t need to be a protegé of Palmer’s to discover the ability to control his size and weight, but he likely does need to be part of a larger team to justify a screen appearance. Since, sadly, Fisher will not be taking part in the Flash solo film — which, though unshot, already crossed over with television’s Crisis on Infinite Earths, perhaps Zheng could reprise Choi and serve the role as STAR Labs coordinator that Barry Allen needs. 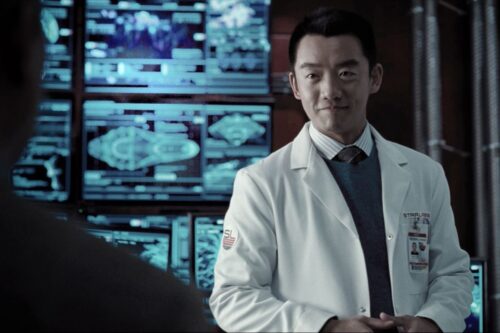 Ice Maiden: I’m going out on a limb here that that’s who that character was that slowed down Zack Snyder’s Justice League even more than The Flash running in order to sing a folk song and sniff Aquaman’s sweater. Snyder may not have the same interpretation of characters that I do, but he knows DC characters, and I’m pretty sure every interview he gives for the next decade will uncover some new seed he planted in his intended five-movie trilogy so that he can stay in entertainment headlines. Honestly, I’ll find that less annoying than the two decades of Todd McFarlane swearing there’s a new, darker live-action Spawn movie about to go into production.

Little Boy Blue and the Blue Boys: No, really. They’re there. Really. At least, I’m putting money down that Snyder will claim they are in an interview five years from now. 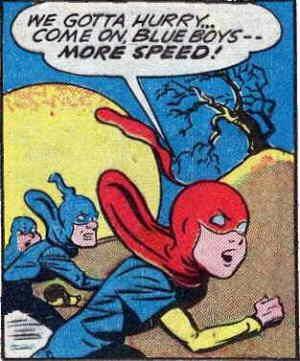