Editor’s Note: Recently, Drew Simchik made a list of “must watch” episodes of Doctor Who because a friend asked. A few years ago he did something similar and more in-depth for his own blog and what we now consider Fanboy Planet 2.0 (we’re on Fanboy Planet 3.0 now). In the spirit of getting people revved up for the April 15 return of Doctor Who, I’m republishing Drew’s favorite episodes, originally posted on 11/15/13 to get people revved up for the 50th anniversary.

I’ve chosen 35 stories from the classic series and 15 from the new series that I personally think most fondly of. They’re the stories I’ve been most eager to own on DVD, the ones I’d be most excited to rewatch, the ones that contain the elements that, to me, make for the most pleasurable Doctor Who.

They are not necessarily the best stories. This is not about objective critical judgment. I’ve included only televised stories I’ve personally seen, so that automatically rules out a number of audio-only 60s stories that might otherwise have made the cut. I’ve definitely omitted some stories most “serious” fans would hold up as shining examples of the potential of the show (such as “Carnival of Monsters,” “The Brain of Morbius,” and most of the late McCoy era) and included some that regularly come in for abuse.

Many of my choices are colored by nostalgia, such as the story that scared me the most as a child, and the two Davison stories about which most people’s most polite remarks are usually “at least they’re not ‘Time-Flight.’” Many of them I’ll probably change my mind about in a month, after rewatching some other story that didn’t quite make the cut this time. That’s fine. There’s plenty of Who to go round.

Here are the first 15 favorite stories I picked, in chronological order. They’re not numbered or ranked; it was hard enough just choosing them without also trying to weigh them against one another. It just so happens that the list ends at season 14. 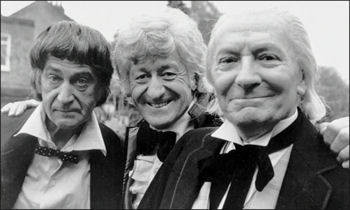 The Enemy of the World
There almost certainly would be more Troughton on this list if more of it existed, and it’s probably just because this is so newly available to watch that it narrowly beat out “The Invasion.” Ask me again next week; this week I find this story pure unadulterated joy.

Spearhead from Space
Even those who disparage the Pertwee era (i.e. people who don’t like fun) typically concede that this is fabulous. First and best appearance of the Autons and the incomparable Liz Shaw.

The Silurians
The monsters haven’t invaded; they were here first. The Silurians would become steadily less interesting and effective over time (including and culminating in Lady Vastra, who is just an upright lizard with breasts), but here both they and the script were thoughtful and exciting.

The Ambassadors of Death
I thought this was deadly dull as a kid. I watched it recently as an adult and was enraptured. It’s Doctor Who doing Quatermass, and Nigel Kneale was right to be annoyed because even when it’s not more intelligent, it’s more entertaining. 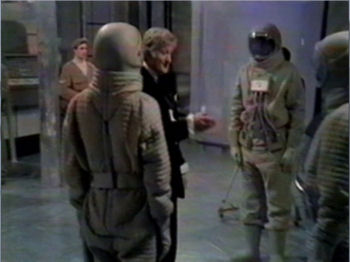 Inferno
Yes, all of season 7 is favorites. This is the scariest of the four, on every level: primordial, political, and eschatological. You can keep your “reality bombs”…I’ll take the Earth that’s ready to self-destruct rather than be repeatedly and unnaturally penetrated, thanks.

Terror of the Autons
The sequel to “Spearhead,” with more memorable characters and freshly frightening moments, though troubled by a few special effects even I can’t forgive. Oh, and it introduces Jo Grant AND the Master (played by the unbeatable Roger Delgado).

The Claws of Axos
Perhaps the first WTF moment for fans steeped in the conventional critical consensus. I’m sorry, I love “Axos.” So colorful, so weird, so full of gold bodysuits and red tentacles and dodgy science and American (?) accents. A psychedelic highlight of the era.

The Green Death
Probably a top 10 story for me. Concerns about corporate amorality, labor conditions, and environmental destruction that are still relevant today; terrifically gross and creepy monsters; awesome UNIT action; Pertwee in ridiculous drag! All this AND one of the most textured and convincing love stories the show has ever seen, and I’m counting the new series. 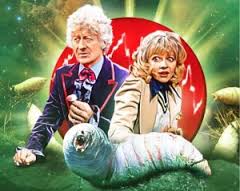 Invasion of the Dinosaurs
Second WTF moment. I have to confess: I haven’t watched this since I was a kid. I know the dinosaur effects are unforgivable. I know the plot is a bit far-fetched. But I had to give some love to one of the two stories whose novelizations got me into this show in the first place, and it sure wasn’t going to be “The Android Invasion.”

The Ark in Space
Doctor Who does Alien, years before the movie comes out. The “facehugger” is green bubble wrap (I am not exaggerating) and the adult xenomorph is basically a giant wasp head on a stick, but there’s a reason this is one of Steven Moffat’s favorite stories.

The Pyramids of Mars
The Hinchcliffe era is so full of quality that it’s hard to pick out highlights. I happen to agree that this is one of them. I love the Egyptian mythology element, and it’s hard to argue with that climactic scene where Sutekh forces the Doctor to his knees in agony. Not the only time such a thing has happened, but one of the most compelling.

The Seeds of Doom
Doctor Who does The Thing from Another World, years after the movie came out…but then brings it back home. Everyone, including the Doctor, is oddly violent, but look, you have people turning into plants, plants turning into huge plants, and an elderly woman who paints and goes on an undercover secret mission. And people say there are no strong women in the Hinchcliffe years! 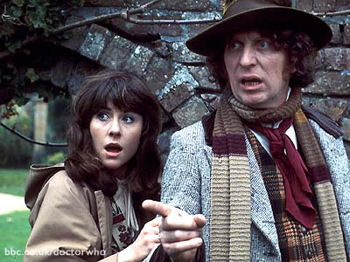 The Hand of Fear
Probably not the spellbinding classic I remember, especially after the owner of the titular hand stops being a slinky deep-voiced rock-woman and starts being a chunky melodramatic rock-man, but as a kid I adored it. I still get a little thrill thinking about the first few episodes.

The Robots of Death
A top 5 story for me depending on the week you ask. I love murder mysteries, I love art deco robots, I love twist revelations about people and things that aren’t as they seem, and I love straightforward but surprising methods of defeating villains. Great characters, great visual style, superb haberdashery.

The Talons of Weng-Chiang
Depending on whether you’re prepared to forgive this story its alleged racism on the grounds that it’s a mashup not just of the Phantom of the Opera and Sherlock Holmes but also Fu Manchu, this is either the best Doctor Who episode ever, or the best Doctor Who episode ever that you might not want to show your Chinese friends. 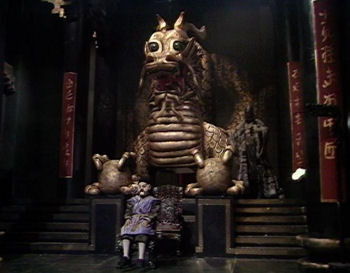 But everyone forgives “The Aztecs,” which also features English actors made up to look like members of another race and reduces an entire civilization to haughty debates about forced marriage and human sacrifice, so I don’t see why we shouldn’t forgive a story where a criminal gang who happen to be Chinese are duped by a time-traveller into doing his dirty work. Particularly because when we were ten we had to check the bathroom cupboard every time we went in there to make sure a pig-brained mannequin didn’t leap out and stab us in the femoral artery.