With an epic like Stephen King’s The Dark Tower, it’s daunting for fans to dream of a film adaptation. Sony had put this on again, off again, and then back on again, finally with Idris Elba in the lead role of Roland Deschain, aka The Gunslinger. Destined to chase Matthew McConaughey’s Man in Black across reality, Roland’s adventures have taken him through novels and graphic novels, and garnered die-hard fans.

King’s saga blends westerns, science fiction, fantasy, urban drama, and of course, horror. The poster below, though, seems to focus on a fantasy on the edges of New York’s reality. Rumor has it that the film will pull pieces from the first three novels, not just the first, and the original plan to put some of the material into a television series (featuring a young Roland) depends heavily on the success of this movie. Does this poster do it for you? 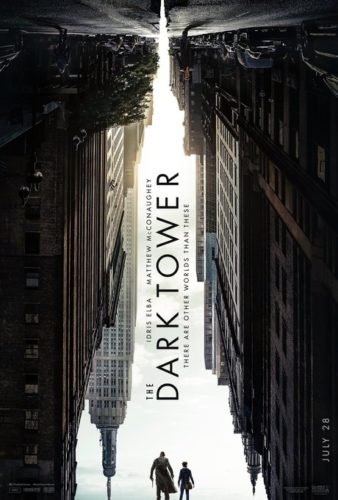