Actually, the day started pretty well, though probably extremely well for Dan Mora. The artist was still buzzing from his win the night before as Most Promising Newcomer. And for me, there’s no better way to begin the day than talking to someone who absolutely loves his work. 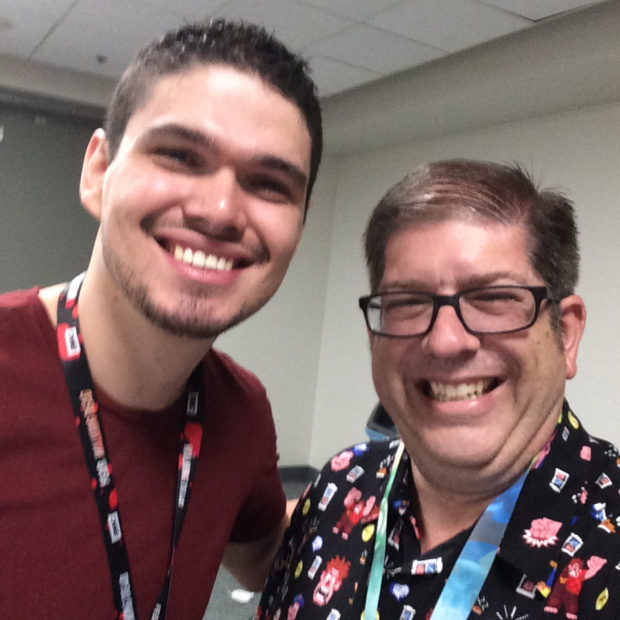 Like these guys, committed to costuming if not enthusiasm. 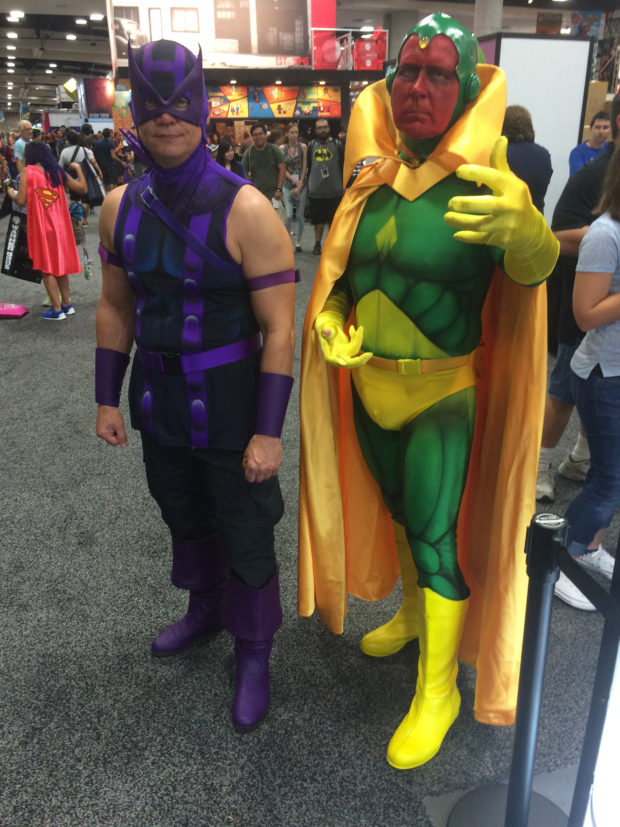 There was some time spent running between buildings. Luckily, after days of pretty intense heat for San Diego, a mist rolled in, somehow not bringing with it extradimensional predators. Unless you count this set-up for FX: 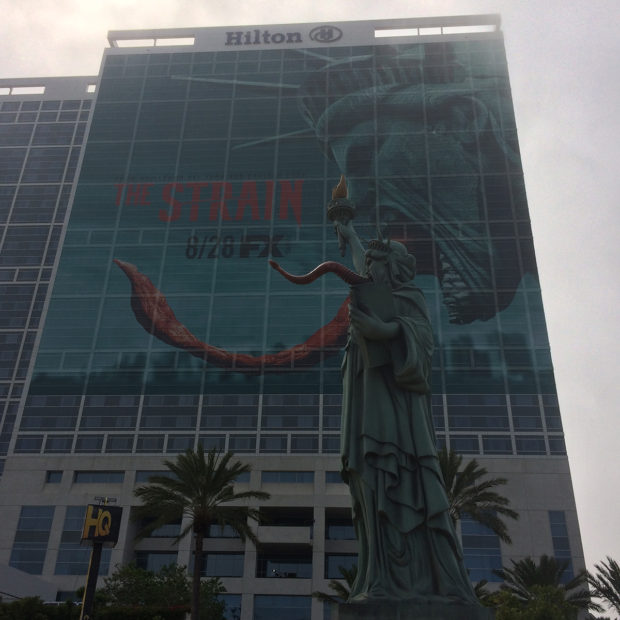 FX has taken over a solid chunk of the park space between the Hilton Bayfront and the San Diego Convention Center. This year they even had a little art project going, including a bust with Pam Poovey’s bust. 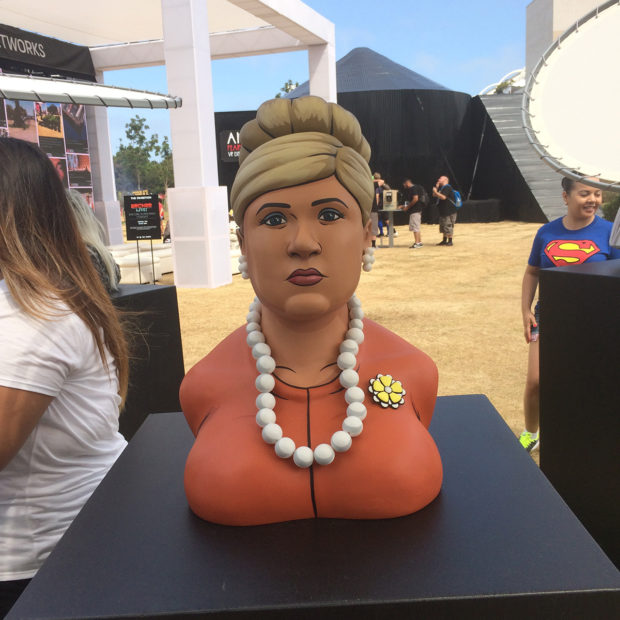 Not to let animated characters hog the spotlight, Zach Galiafanakis’ Baskets got its due. Let the ennui rush over you. 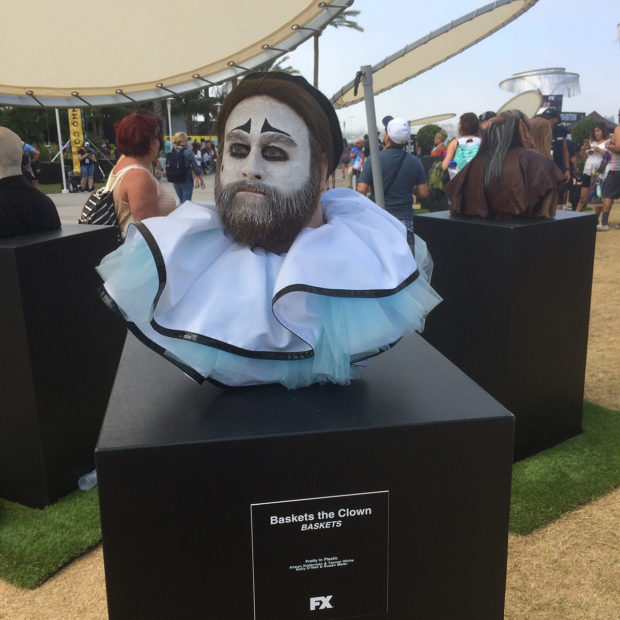 Inside the convention center, other statuary caught my eye: 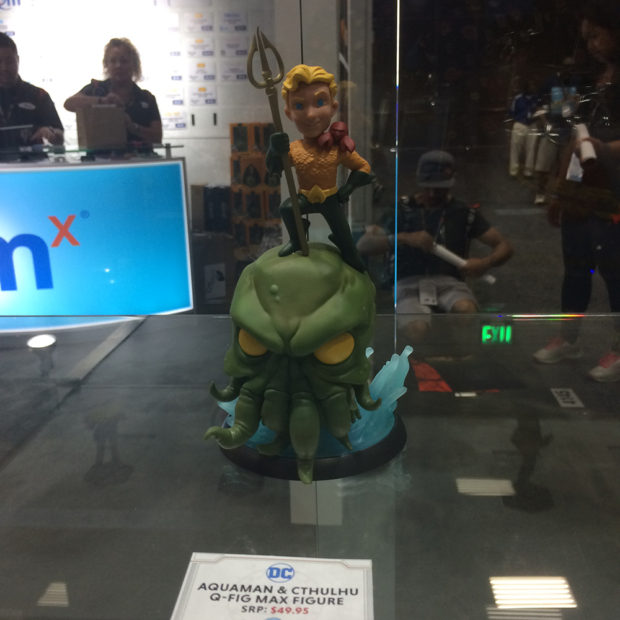 And then it was crossing paths with some of the best and brightest in the business. Michael Davis criticized my selfie composition. Hopefully this is a little better. 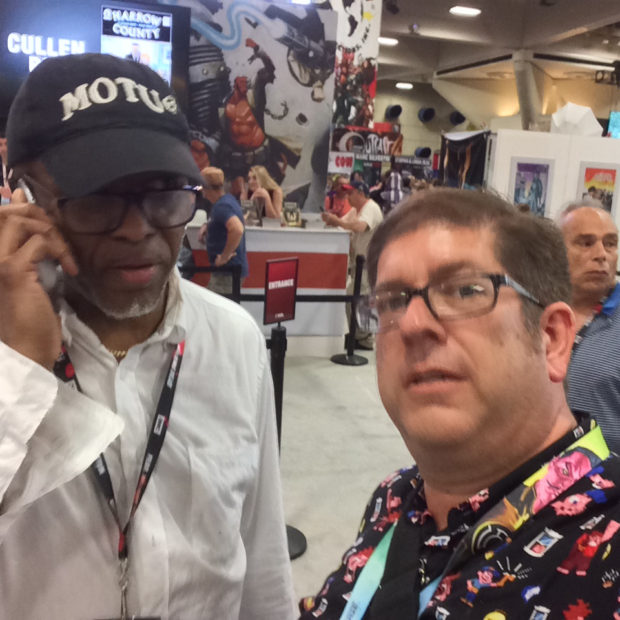 Courtesy of Dark Horse Entertainment, Christos Gage talks about Buffy the Vampire Slayer, a whole lot of Lion of Rora, and because I was tired, nothing about ROM. I was so close! 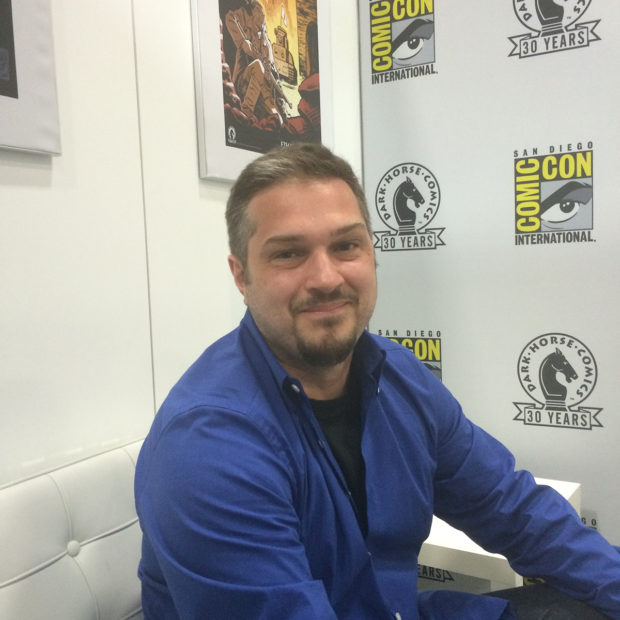 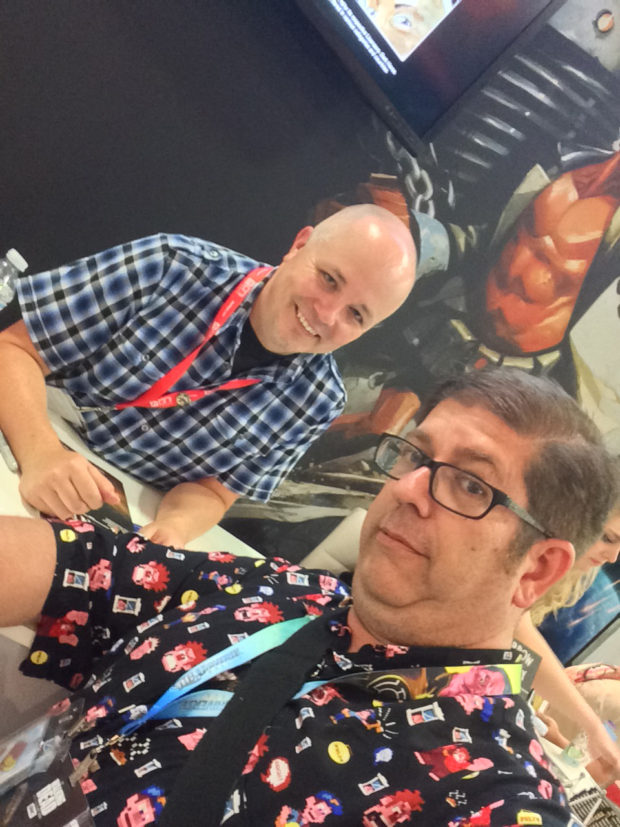 Oh, Jambi… you had hands all along? 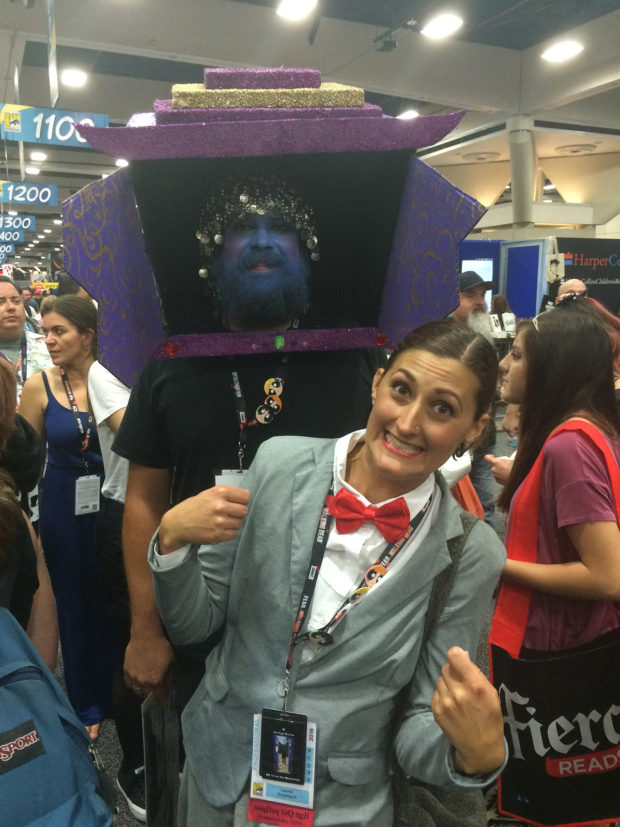 Skeletor and Maleficent have fallen on hard times… 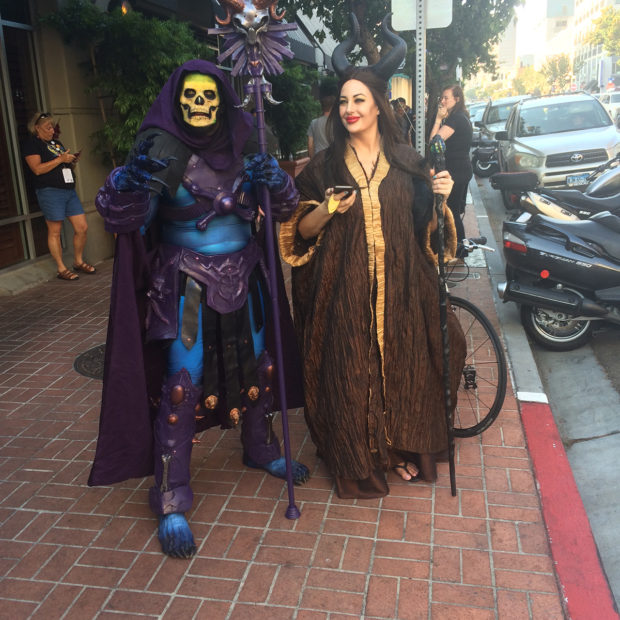 And a timely message, in both interpretations. 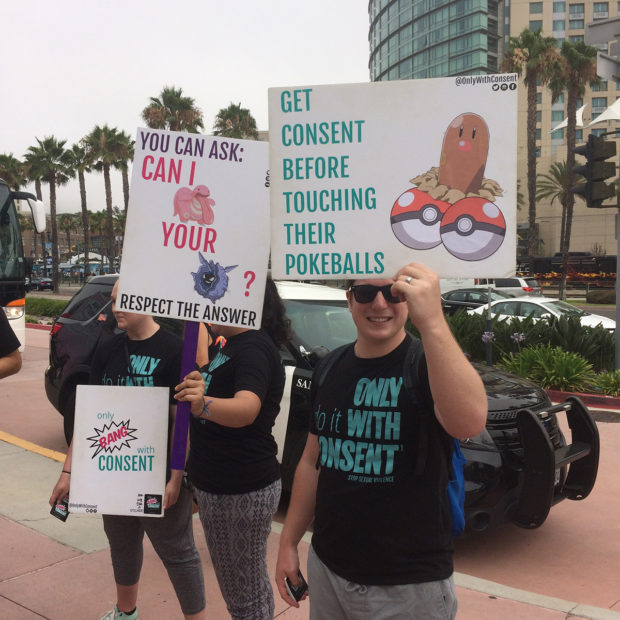