Many, many months ago we talked on the podcast about a planned American film adaptation of the manga Death Note. Adapted a few times into live-action films in Japan, an American/Canadian version has been in various stages of development since 2007, finally moving forward with Adam Wingard at the helm, and due to be released on Netflix in 2017.

Though the story focuses on the character of young genius Light Yagami, the thing that drives the plot is Ryuk the Shinigami. In the mythos created by Tsugumi Ohba and Takeshi Obata, Shinigami are extradimensional “death gods” that take human lives to extend their own. Ryuk “loses” a notebook that causes death for anyone whose name is written in it. Light (played in the upcoming version by Nat Wolff of The Naked Brothers Band) tries to use the notebook to create a utopia by weeding out those he deems evil. 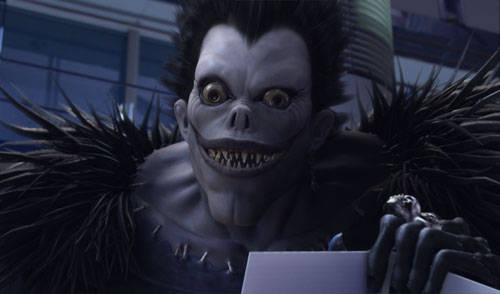 It’s a story of cat and mouse between the supernaturally powered Light and a detective trying to outwit him, but Ryuk plays a crucial role. And today, the absolute right man for the job took it. Willem Dafoe will be voicing Ryuk, though when you see them side by side, it seems that they should just put Dafoe in mime make-up and we’ll all be satisfied. The veteran actor could absolutely rock this character and scare the crap out of Netflix viewers. 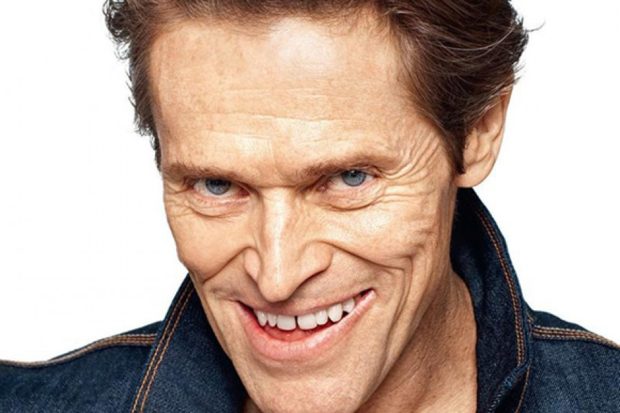 It’s unclear how large a role Ryuk will play, but at least it’s a very interesting choice.