Released by Entertainment Weekly and posted on Facebook by writer/director James Gunn, here’s the first full piece of concept art for Guardians of the Galaxy vol. 2, gorgeously painted by Andy Park. From the looks of it, Yondu (Michael Rooker) has joined the team, which Gunn confirmed in the comments section. As for Nebula (Karen Gillan), one can never tell. You might be able to trust one daughter of Thanos, but two?

More Guardians of the Galaxy vol. 2 news will be coming out of Hall H next week at Comic-Con. Earlier in the week Gunn hinted that whatever gets revealed will legitimately find its way onto the web within days, so if you can’t make it — it’s still coming your way. 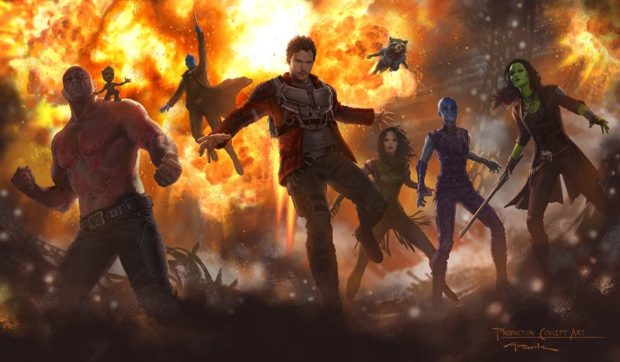