I know why Hasbro didn’t do this before Comic-Con, but no matter — they have their Comic-Con exclusives on sale RIGHT NOW!

Just in case you don’t want to read MY gushing about them, you can go there now, then come back. This article will still be waiting for you.

Every year they create terrific exclusives for San Diego, and every year, it’s a tough lottery to get a chance to buy them. But Hasbro also puts a limit on how many you can buy on the convention floor, which I think is a very good thing — doing what they can to make sure that fans get their toys, instead of having them all snapped up by dealers. (I remember a year when I watched carts of toys leaving the Convention Center before Preview Night had even opened. I was bitter — but I am bitter no more!)

There’s something for almost everyone. Are you a Transformers fan? Soundwave has adapted to 2016, becoming a tablet. This toy comes in a beautiful silver box that almost looks like a DVD gift set, and the “tablet” mode is really thin and lightweight. It’s an impressive design.

There’s also a much larger set — the “Titans Return” set. The box art alone should be carefully saved for display.

Beautifully sculpted and complex in their transformations (luckily, my son is coming over this weekend and will show me how it all works), the set features Voyager Class Sentinel Prime, Deluxe Class Brainstorm, and Windblade figures with two Titan Master figures — Autobot Teslor and Autobot Infinitus.

The Titan Master figures can combine with Deluxe Class, Voyager Class, or Leader Class Titans Return figures, which are a little easier to find at your local store. Sentinel Prime is a Triple Changer, morphing from robot to space jet and train modes.

Maybe you like a little G.I. Joe with your Transformers; Hasbro has that peanut butter cup of toy franchises ready for you, too. 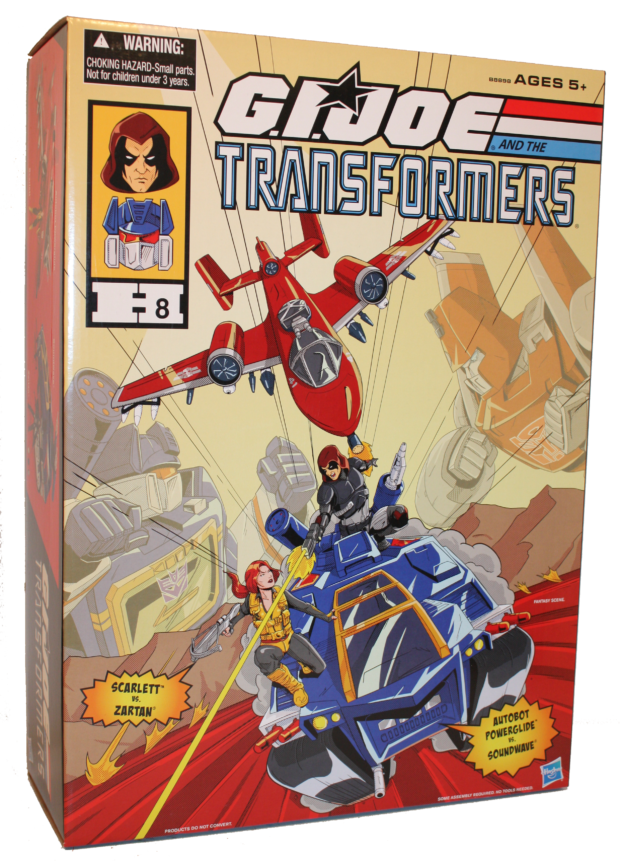 Of course, if you listened to our Comic-Con preview podcast, you may have heard that the toy most sought after at Fanboy Planet was the Micronauts set. Cast from the original molds, these are note perfect replicas of three of the original Takara/Mego toys.

To go along with last year’s ROM Mighty Muggs, Hasbro created one from the old Visionaries toys, of Leoric (apparently the only Visionary with a moustache). This “Knight of the Magical Light” has a lion hologram in his chest, just like the original toys. You may have preferred a direct reproduction, but like ROM, so far this is all we get. 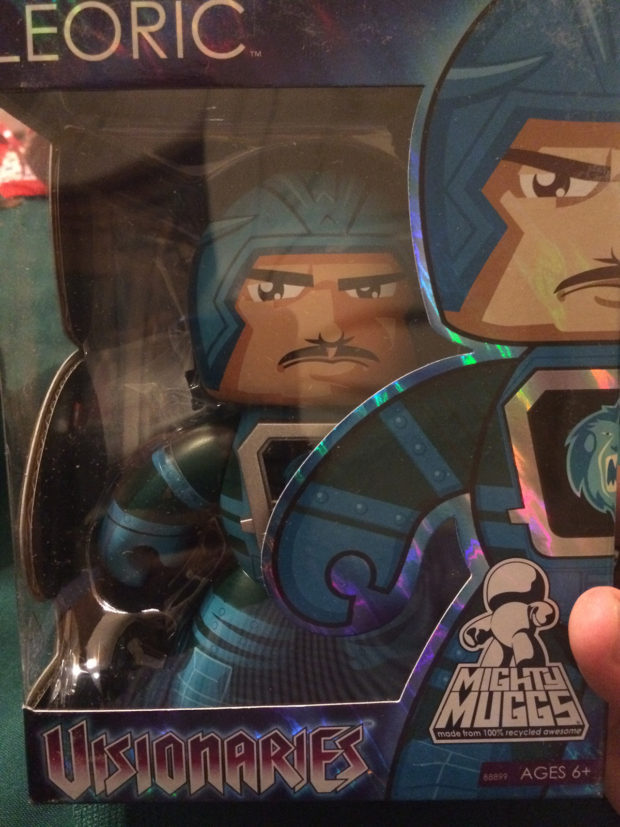 But wait until the movies from the Hasbroverse! Then we’ll get our ROM! For now, this seems pretty good, and the Hasbro site has even more!