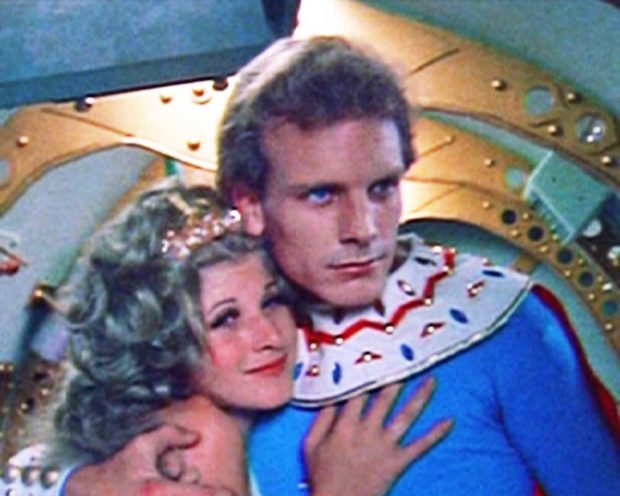 Barely out of college and knocking around television, Jason Williams answered an ad in a newspaper that changed his life. He auditioned for a movie role that would cement his place in film history. Flesh Gordon would not only be an hilarious film parody of a beloved science fiction property, it would launch the careers of several Oscar-winning special effects artists, including Rick Baker and ILM President Dennis Muren.

Jason would follow that up by creating a parody version of Alice in Wonderland, as well as star in the gritty crime drama Cop Killers. With Fanboy Planet’s Derek McCaw, Jason has written a book about his experiences in 1970s Hollywood, I Fought the Sex Ray, for which he will be launching a Kickstarter campaign in early August.

He returns to Comic-Con today — Sunday — to autograph photos and posters in the Sails Pavilion.