No, Sideshow Collectibles isn’t releasing these variations on everyone’s former favorite droid (I think he might have gotten BB-Eaten). Instead, they asked artists to go wild in their reimaginings of R2-D2 for an exhibit called “R2-Me2.” Some are funny; some are a little disturbing. But they all show affection. I’m particularly fond of the “Rat Fink” version, and the zombie one will haunt me. I’m glad I stopped to look. I have a feeling I’ll be returning to their booth to pick up the catalog. 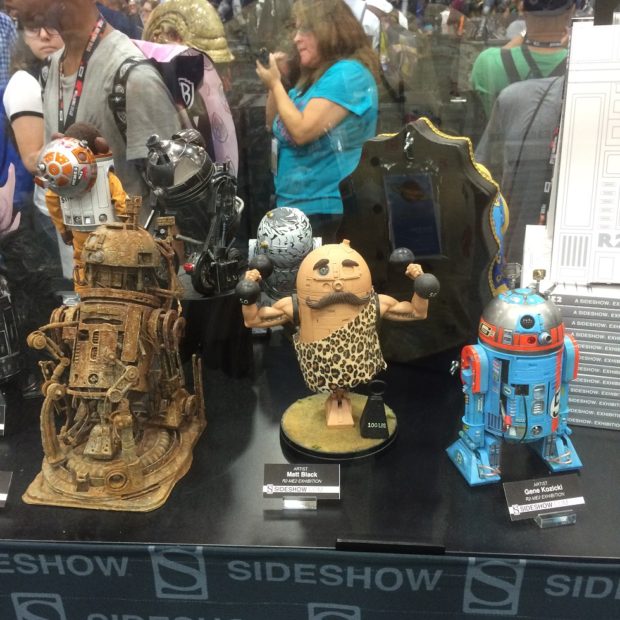 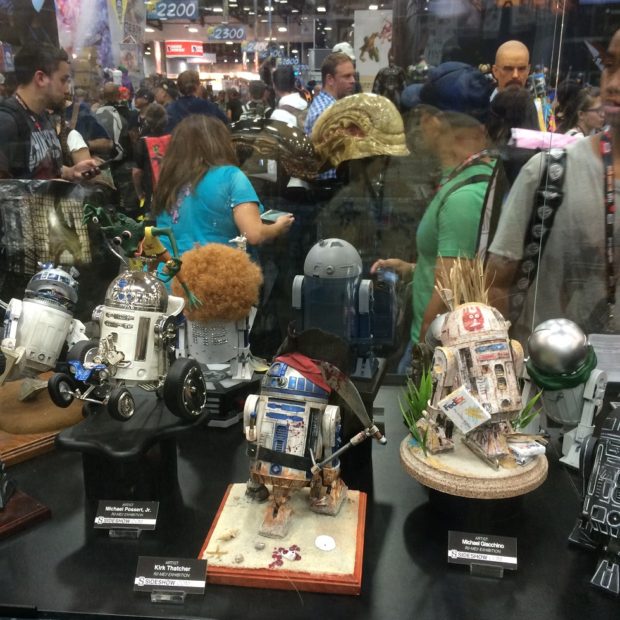 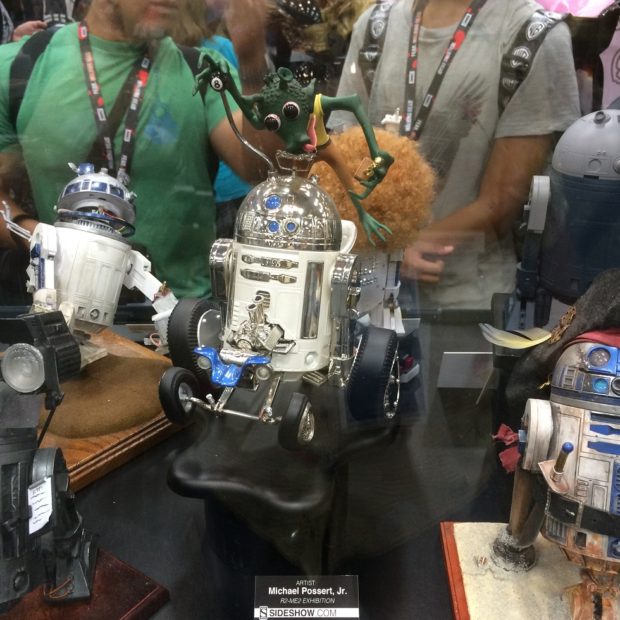 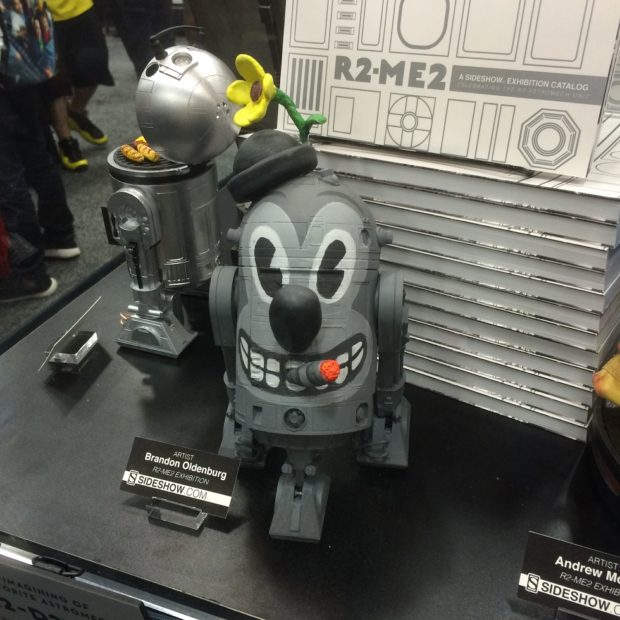 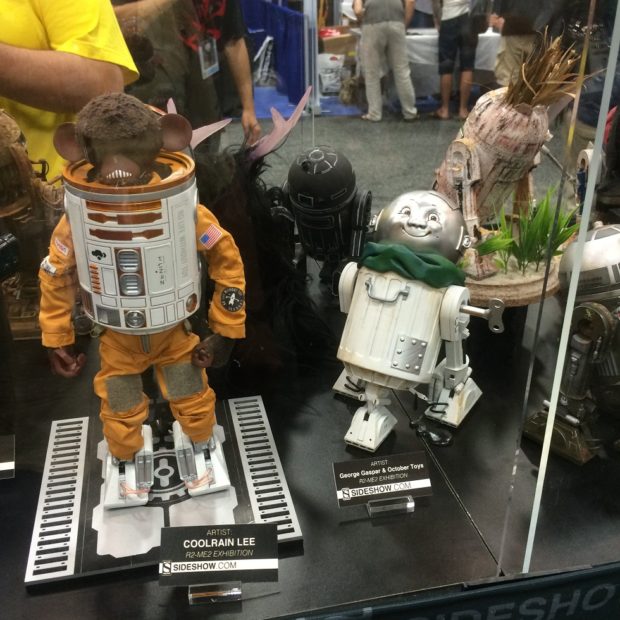 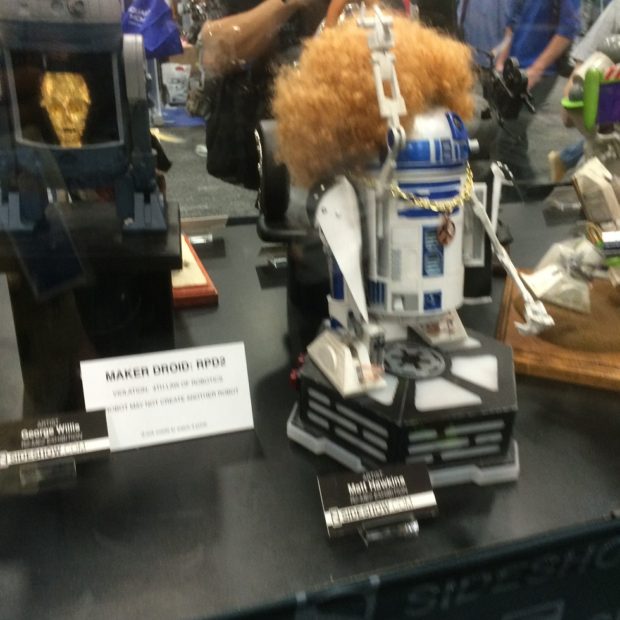 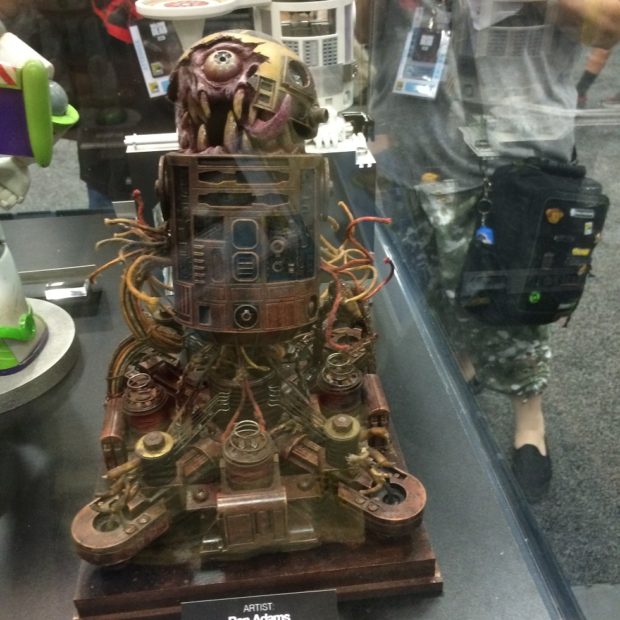