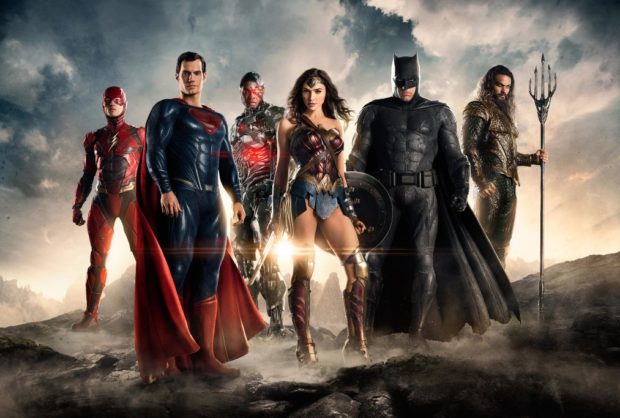 Holy crap. In Hall H, Warner Brothers just surprised fans with 2 and 1/2 minutes of Justice League trailer. (Entertainment Weekly posted this — and Warner Brothers, good show: let Hall H have it first, and then GIVE IT TO THE WORLD!)

Showing pieces of Bruce Wayne’s quest to gather the the team, this goes a long way to set a very different tone than Batman v Superman: Dawn of Justice, though still directed by Zack Snyder. This is closer to Suicide Squad, but with, you know, good guys. We see Ray Fisher as Cyborg for the first time (he was pretty much CG in the previous film), and yes, Jason Momoa as Arthur Curry aka Aquaman is brooding, scary, and bad-ass. Somehow he makes Ben Affleck’s Bruce Wayne seem light-hearted. While no one can erase the memory of Lynda Carter, Gal Gadot continues making Wonder Woman her own.

And Ezra Miller? They’ve cleaned him up. It’s not a version of Barry Allen we know, but it may just be a version we can live with and find charming in a different way.

There’s no Henry Cavill in this, and I’m glad. Because something is being saved for the resurrection of Superman, and we can hope that he returns a brighter blue with a nice “S” spit curl.

Justice League is scheduled to be released November 17, 2017.