“That is horrible. And awesome.”

Yes, it’s true. Ash vs. Evil Dead returns in October, and since there won’t be any new Doctor Who until December, this is the show I am most looking forward to in the fall. (Sorry, Flash.) It’s gory, it’s brilliant, it’s Raimi. (Including Ted Raimi!)

Groovy. Nothing but groovy.

The second season roars back into action with Ash leaving his beloved Jacksonville and returning to his hometown of Elk Grove, Michigan. There, he confronts Ruby. The former enemies have to form an uneasy alliance as Elk Grove soon becomes the nucleus of evil. 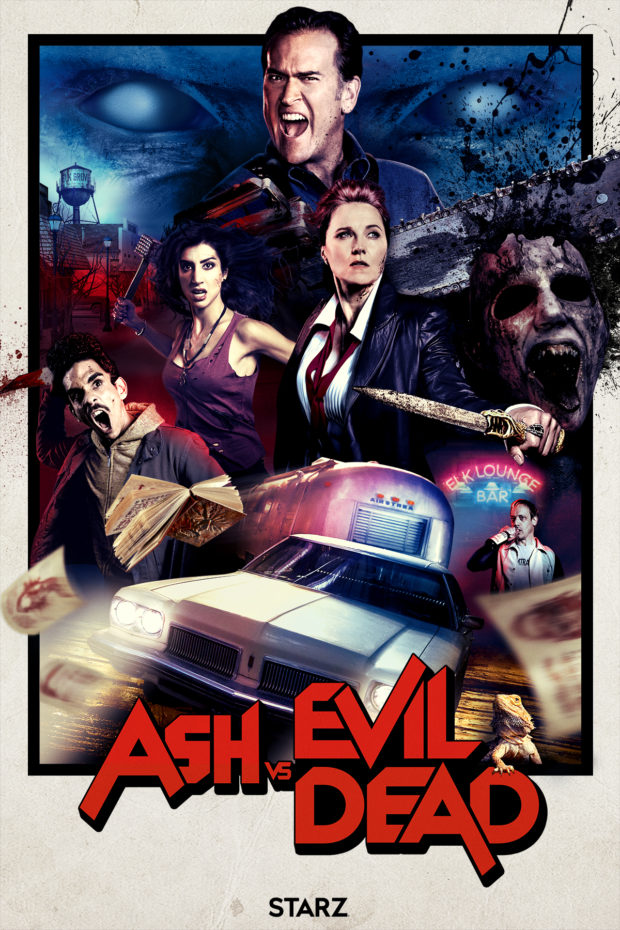 Watch “Ash vs Evil Dead” Season One: The full first season of “Ash vs Evil Dead” can be viewed now on the Starz App on Chromecast, Apple TV (4th generation and newer), iPhones and iPads running iOS 7.0 or higher, Google Nexus Player, Sony Android TV, Roku as well as most Android phones, tablets, and TV devices.