When talking about the original Power Rangers team, you might think that we mean the cast of the original Saban show. But nope — looks like BOOM! Studios is filling in a gap in history. Their original team was a forgotten group of teens in 1969, and that’s the kind of story that sounds interesting to me. 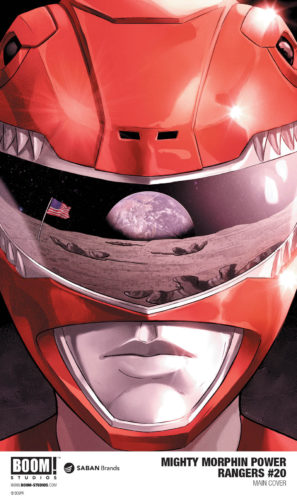 “Any opportunity to add to the Power Ranger mythos is always an incredible honor and one of the fundamental reasons I love writing this book,” explained Higgins. “Case in point, Mighty Morphin Power Rangers #20 is going to take us back in time to explore a very different—yet familiar—team of Rangers: the ones that stopped a secret Moon attack during the 1960s. Who were the Power Rangers of 1969? What happened to them? And how do they fit into our current story? We’re jumping into the Wayback Machine to the Summer of Love to meet a new cast of Rangers, some of whom will have a huge impact on the future of the Mighty Morphin team!” 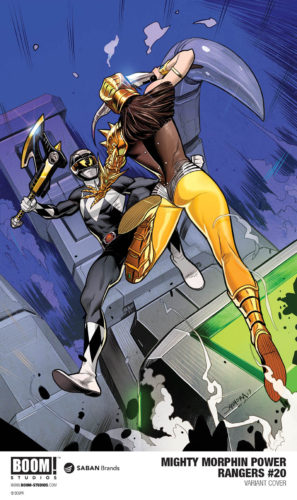 “We’re incredibly excited to show you a part of the Mighty Morphin Power Rangers mythos that hasn’t been explored yet, but has definitely helped shape the team as we know it now. With Saban Brands, we have the opportunity to explore this part of the mythos in a new and exciting way, and we can’t wait to show the fans!” said Dafna Pleban, Editor, BOOM! Studios. “If the reveals of Lord Drakkon and the Black Dragon weren’t enough, then strap in—because this is when things get crazy!” 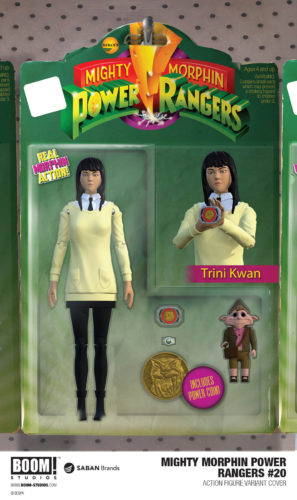 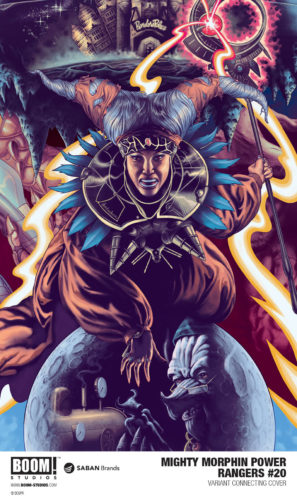 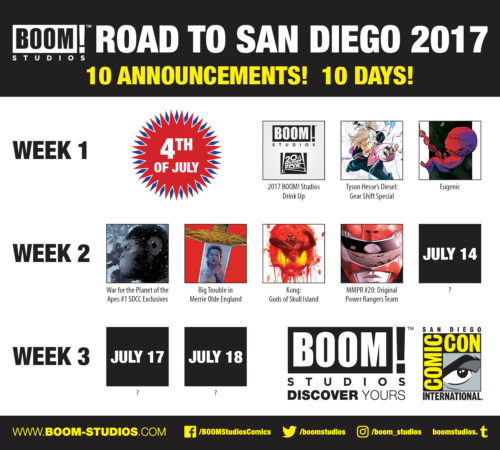